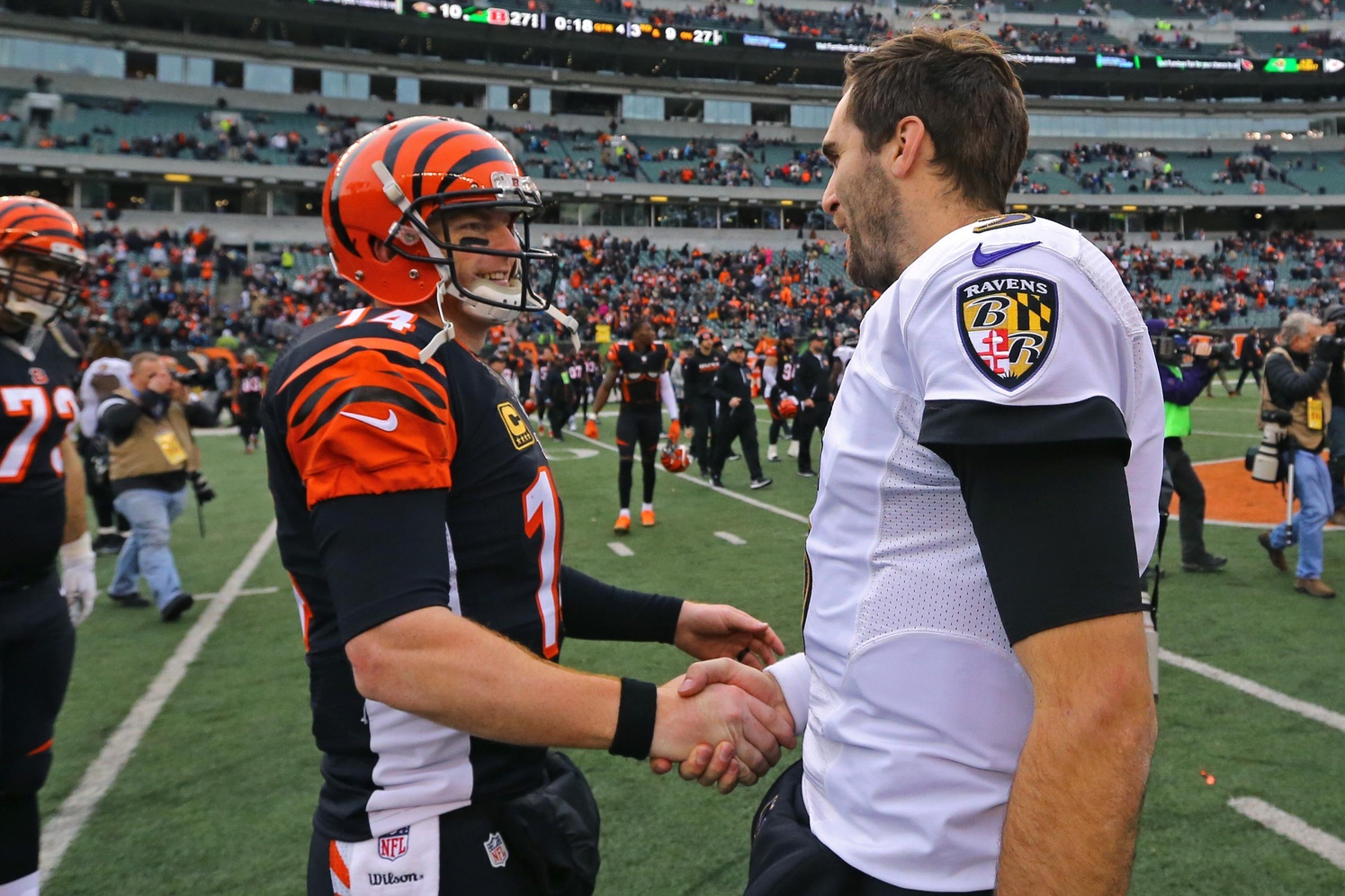 What the heck was week 1? Ryan Fitzpatrick is the frontrunner for MVP, the Browns broke a losing streak by not winning, and Aaron Rodgers rose from the dead in the third quarter to show everyone in the NFL who the best player is. To kick off week 2, we have an AFC North matchup between the two 1-0 teams: Ravens vs. Bengals.

The Ravens completely embarrassed the Bills last week, winning 47-3 after going up by 40 points with 11 minutes left of the third quarter. Joe Flacco looked elite, finishing with a league-high adjusted completion percentage of 90.6%. While the offense was terrific, it was the defense that stole the show. They held Buffalo to 153 total yards and 2-15 on third downs, while creating two turnovers.

The Bengals also won their week 1 matchup, but in more dramatic fashion. On the road facing Andrew Luck in his comeback game, Andy Dalton completed 75% of his passes and led his team to 17 fourth quarter points, sealing their 34-23 victory. Joe Mixon proved he can be the bell cow, carrying the ball 17 times for 95 yards and a touchdown. Defensively, they struggled at times, but made plays down the stretch.