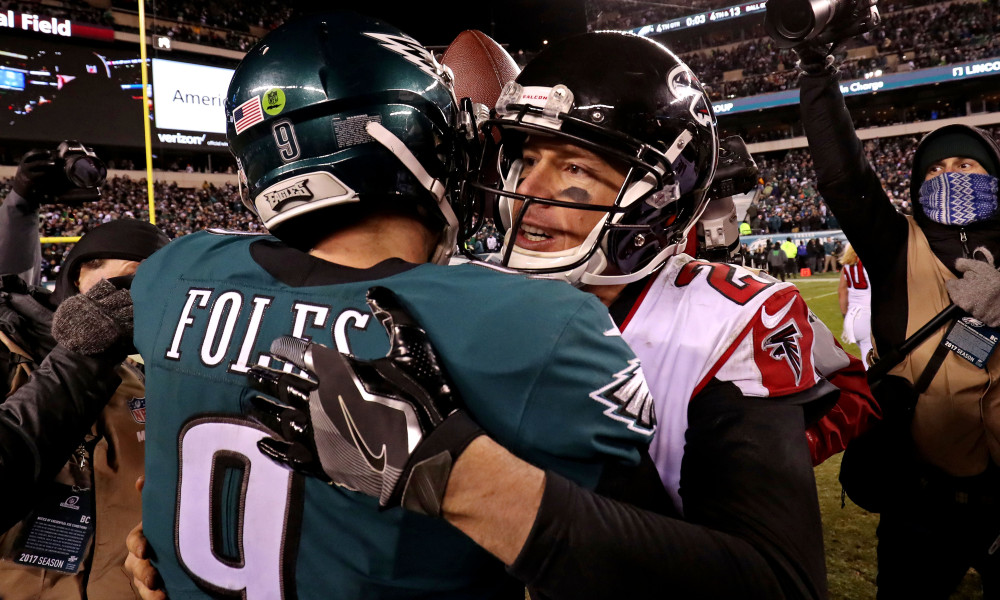 After seven long months of waiting, the NFL is back! To kick off week 1 of the regular season, we get a playoff rematch between the Atlanta Falcons and the Super Bowl champion Philadelphia Eagles.

The oddsmakers at MyBookie currently have the Falcons favored -1. This spread has seen dramatic changes, after both Carson Wentz and Alshon Jeffery were ruled out for the season opener. If you want to get in on the action, head to MyBookie and use the promo code FlurrySports for them to match your deposit of $100+ up to $1,000! You double your money before even placing a bet, but you could nearly double it again by picking this game correctly.