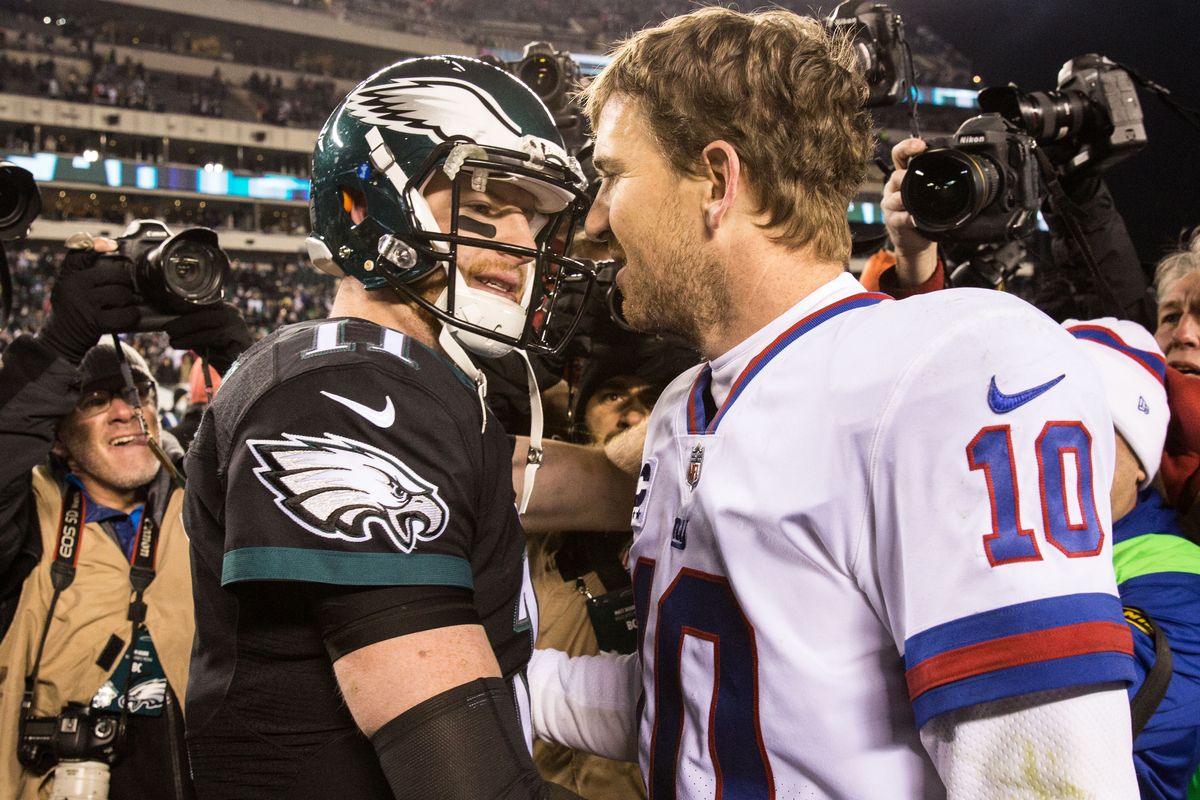 Week 6 kicks off with a NFC East matchup in prime time, which usually brings plenty of excitement. The battle will be between the Super Bowl Champion Philadelphia Eagles (2-3) vs. the struggling New York Giants (1-4). While this division has brought much excitement in the past, it is the worst division through five weeks of football.

Not a single team in the NFC East holds a record above .500, and all four also are in the negative for point differential. Both the Eagles and Giants enter week 6 with a two-game losing streak, yet each locker room is responding very differently.

The Eagles seem to thrive on adversity. One of the reasons they were able to gel and make a run last season was because nearly all of the media outlets counted them out. They were the underDOGS. The Giants, however, are just as dramatic as 2017. Coach Shurmur is throwing tantrums, Sterling Shepard is throwing trash cans, and Odell Beckham Jr. is throwing touchdowns, since nobody else is willing to throw deep.

MyBookie currently has the Eagles favored, at -2 (-115), with the over/under set at 44.5 points. If recent history can tell us anything, it will be a high-scoring affair. The last seven games have resulted in a final total of 63, 51, 43, 51, 65, 34 and 60, with the Eagles winning all but one matchup. With both defenses struggling, the over is very doable.

There is no love lost between these two fanbases. The all-time record of this rivalry is close, with the Giants having the narrow lead of 86-84-2. New York won the first game, back in 1933 at the Polo Grounds, and have not given up the series lead since. However, the Eagles have dominated the 2010s, with a record of 12-4. Despite being one-sided in record lately, these games have been a battle, with six of the last seven ending in one-score games.

The biggest injury of note for Philadelphia was running back Jay Ajayi tearing his ACL last week, ending his season early. Other Eagles who are ruled out for this game include LB D.J. Alexander (Quad), LB Nathan Gerry (Ankle, Knee), S Corey Graham (Hamstring), DT Haloti Ngata (Calf), and RB Darren Sproles (Hamstring). Star RT Lane Johnson is currently listed as questionable with an ankle injury, but he practiced in full Wednesday.

The Giants are looking to be a bit healthier, with only TE Evan Engram (Knee) and WR Russell Shepard (Neck) ruled out Thursday. Backup TE Rhett Ellison is considered questionable with a foot injury.

The Giants will be getting the highly-paid pass rusher back for this game. After missing the first part of the season with an ankle sprain, Vernon looks to come back and energize this pass rush, who ranks last in the league with only six sacks. In 12 games last season, Olivier Vernon recorded 6.5 sacks, 12 QB hits and 6 tackles for a loss.

As mentioned above, starting running back Jay Ajayi will miss the remainder of the season with a torn ACL. With him gone and the veteran Sproles still sidelined, the young duo of Corey Clement and Wendell Smallwood look to be busy against the Giants tonight. The two have a combined 70 touches this season for 432 yards, good for 6.17 yards per touch. If we treated these 70 touches as one player, they would rank inside the top-15 of the league.

While the Clement-Smallwood duo are capable of filling the void, and will be asked to do so against the Giants, the Eagles have been thrown into a number of trade rumors. We have heard they were interested in bringing Buffalo’s LeSean McCoy back to Philly. The other big rumor has been a possible trade for Le’Veon Bell, though there seem to be more questions than legitimacy in this claim.

After much research and deliberation, here’s who the experts here at FlurrySports are picking.