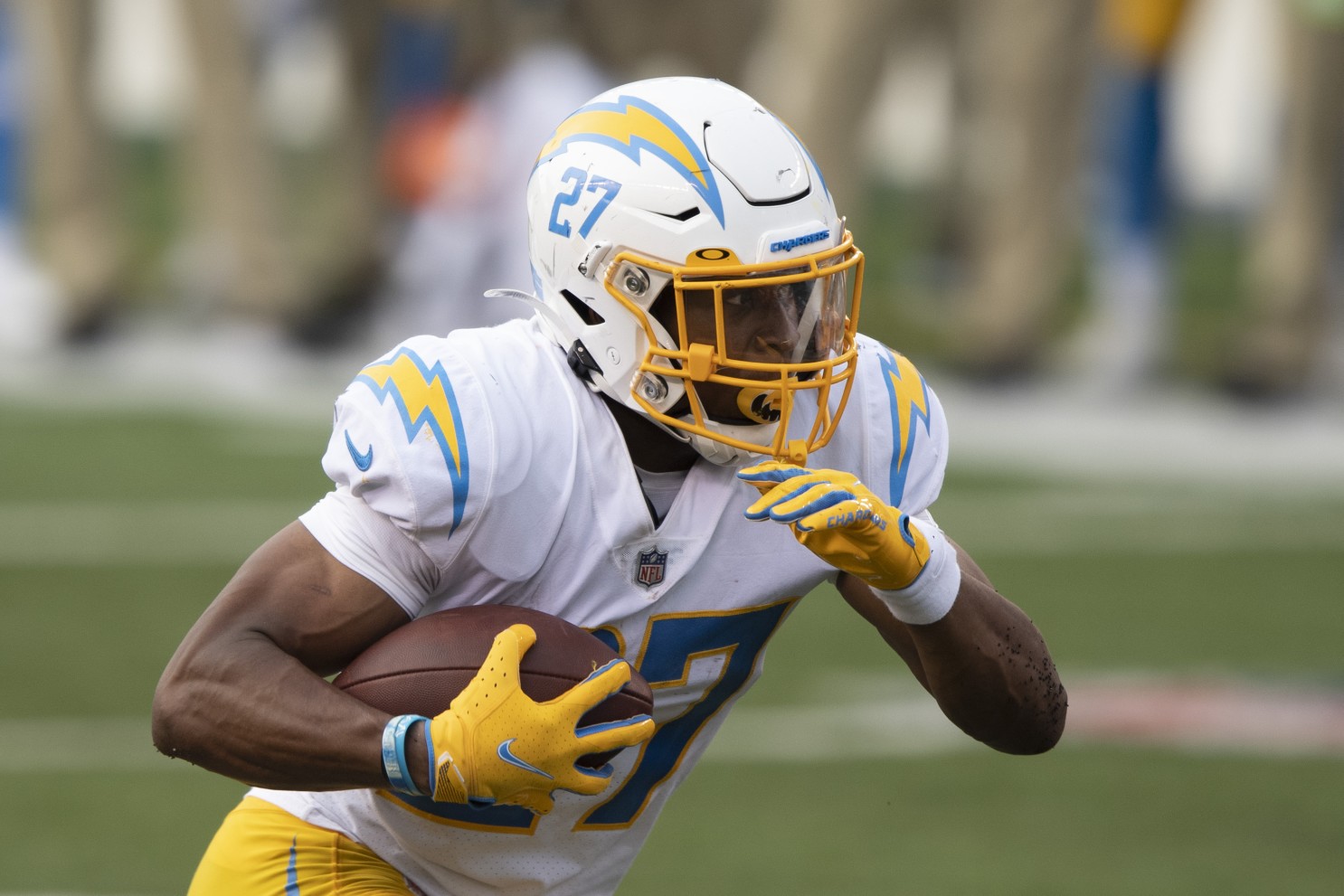 If you have a little uncertainty at the running back position, you may need to search the waivers to see who is available for a plug and play. These are the top fantasy RB streamers for Week 3 that may be available for a pickup.

Joshua Kelley ended Week 2 with 23 carries and two receptions. How often can you add a running back off the waiver wire that just got 25 touches? Surprisingly, the Chargers got an early lead on the Chiefs, and they kept feeding him the ball to keep Patrick Mahomes and the Chiefs off the field. Kelley looks like he’s going to touch the ball a lot when the Chargers have a lead. The Chargers get the Panthers without Christian McCaffrey in Week 3, and are seven-point home favorites, so we could see another favorable game script for Kelley. The fact that the Chargers are involving him this heavily and this early in the season is a great sign.

Check out our Week 3 Fantasy Football Rankings, including scoring settings for PPR and half PPR leagues! Ranking are updated throughout the week.

I didn’t care about Myles Gaskin after Week 1. After seeing the continued usage in Week 2, I care now. He played on 49 snaps, compared to Matt Breida’s 16 and Jordan Howard’s eight. That was preceded by playing on 62.9% of the snaps in Week 1. He also added seven targets in Week 2. Gaskin has played a couple of solid defenses so far, with the Patriots in Week 1 and the Bills in Week 2, where he still managed to put up 14.2 fantasy points.

Now, he gets a soft Jaguars defense on Thursday Night Football. With the opportunity he’s been getting, there’s a good chance he puts up a solid game on Thursday night and people will rush to pick him up in Week 4. Gaskin is one of the best fantasy RB streamers for NFL Week 3.

Christian McCaffrey is expected to miss four-to-six weeks. Compared to the other backfields that saw major injuries this weekend, like the Giants, this backfield is much clearer going forward. Mike Davis is the guy. He racked up eight receptions for 64 yards on 12 routes ran after McCaffrey went down. That’s a nice baseline in PPR leagues. It was good to see that Teddy Bridgewater had no problem throwing to him. This offense will need to rely on him for the foreseeable future. He could see more than 20 touches a game on a weekly basis while McCaffrey is out.