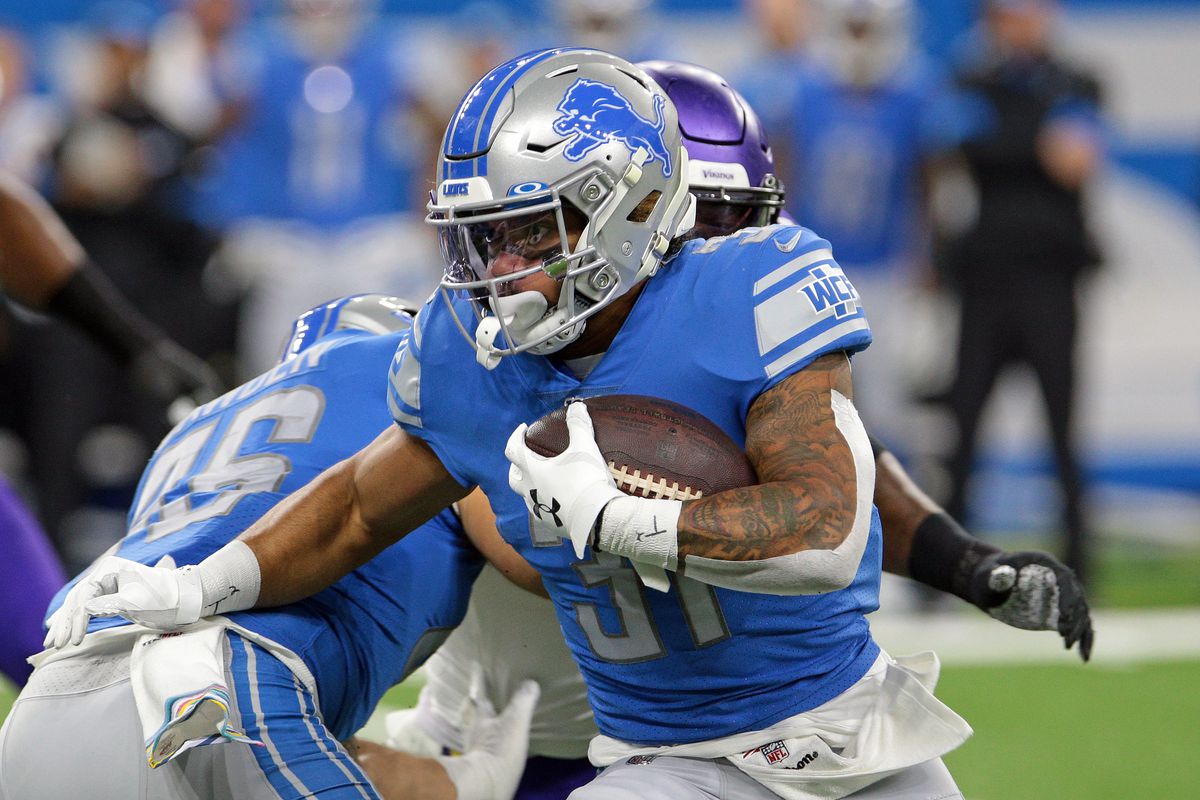 You guys know the drill at this point; it’s time to make the hardest decision you’ll make all week and set your fantasy lineup. Guys are getting hurt, players are lost to byes, and the fantasy season keeps going. It’s time to adapt or die, so to help you survive en route to the playoffs, here’s my fantasy start and sit players for Week 8.

I was on the Kirk Cousins Hype Bus heading into last week’s slate of games, and if he’s still available and you don’t like your QB situation, Cousins is the guy to play for the next two weeks. The Redskins’ stats against QBs look a lot better than they really are, after they held Jimmy Garoppolo to just over six fantasy points in the middle of a monsoon, so this is still one of the very best QB matchups out there. Thielen or no Thielen, Cousins should keep it rolling regardless.

The Eagles really can’t defend anybody right now. After surrendering 38 points to the Vikings and 37 points to the Cowboys in back-to-back weeks, the Eagles have found themselves among the Dolphins, Redskins, Falcons and Bengals as secondaries that any QB is bound to enjoy. Allen, fresh off a nice game against Miami, should be firing missiles all over the field.

I’m going to go out on a limb with Wentz, a player who has put up acceptable QB1 numbers so far. Traveling to Buffalo on the third week of a road trip to face off against the Bills’ fifth-ranked defense against fantasy QBs, Wentz and the entire Eagles’ offense could sputter in this one. In fact, if you’re scratching and clawing for a playoff berth for the rest of the fantasy regular season, I’d suggest cutting ties with Wentz entirely. Beyond this date with the Bills, Wentz will face the Bears before going on a bye, only to immediately be met with the historic New England defense and then the Seahawks. Things clear up after that, but it won’t matter if you aren’t in the playoffs. Assess your own situation and decide if you can survive the rough times ahead.

That phenomenal Broncos defense never really went away. The team itself might be in sell mode, but the defense still ranks third in the NFL in terms of fantasy points per game allowed to QBs, with 11.2. Brissett, to me, isn’t a weekly starter just yet, and he falls to the QB2 range in this one.

I’m sure not many people outside of the Detroit area knew who Ty Johnson was before last game, but with Kerryon Johnson’s season coming to a premature end, signs are pointing to Johnson stepping in as the starter. He was immediately given 10 carries, but it’s his four catches that really suggest that Johnson could be a legitimate fantasy starter in Kerryon Johnson’s absence. It remains to be seen how the backfield will look after a week of preparation, but against the Giants, even if Detroit comes out with more of a committee, Ty Johnson can still produce for you.

Don’t lose confidence in the Chiefs’ offense without Patrick Mahomes. Kansas City may be the underdogs in this game, but McCoy could see a season-high in carries if Andy Reid decides to lean on his run game and expose the Packers’ weakness on defense. Matt Moore can’t beat Aaron Rodgers on his own, so the Chiefs need to use the strategy used so often against their own defense and pound the rock. Given that the Packers have allowed 128.9 yards per game on the ground to go with seven touchdowns, the matchup is one McCoy should exploit, so long as the new hierarchy in the backfield stays stable.

Well, this isn’t working out, is it? Melvin Gordon has come back from his holdout and, after three weeks, his value is looking lower than ever. He’s been nothing short of terrible, rushing for 2.3 yards per carry on 36 attempts so far with two fumbles, including a back-breaker that directly resulted in the Chargers losing their fifth game of the season to Tennessee. A matchup against the Bears, who allow the fifth-fewest yards per carry, is the last thing the hopelessly inefficient Gordon needs to turn his season around. Continue to enjoy what Austin Ekeler is giving you every week, but Melvin Gordon can’t be started at this point.

He isn’t the starter you drafted. If you haven’t already, it’s time to bite the bullet and sit Mixon on the bench, especially against a revitalized Rams defense that holds opposing running backs to 3.4 yards per carry. This may be a game where the Bengals need to ditch the run after the first half, too. Hopefully after his Week 9 bye, Mixon will be in for a better second half of the season, but this week he’s only an extremely tentative flex play, if you don’t have anyone better on your bench. Not everyone does, considering how highly he was drafted.

I’m okay with ignoring last week’s 49ers-Redskins game if you are. Nobody was ever going to score any meaningful fantasy points in the water polo match that broke out at FedEx Field. McLaurin is now going into a dome to face off against a Vikings defense that has allowed 14 touchdown receptions this season already, which is just three off the most by any team this season. By far the top receiver on his team, McLaurin should bounce back, as he continues to be one of the few reasons for hope among Redskins fans.

This is assuming Williams will return to the field this week, but if he finishes this week of practice without any setbacks, I’m not hesitating to put him back in my lineup. Williams has caught a touchdown in each of his four games this season, and if he is fortunate enough to come back against the Texans, this season’s fourth-easiest matchup against WRs so far, he could easily go 5/5.

I think Boyd is an excellent receiver, but his ceiling is going to be severely capped just as long as the Bengals remain as bad as they are. In three of his past four games, Boyd has finished with single-digit fantasy points and, while that shouldn’t last, it means he isn’t exactly an automatic starter right now. Plus, if AJ Green doesn’t come back this week, then Boyd is going to get the brunt of Jalen Ramsey’s attention, which is never good for a struggling receiver on a terrible offense.

DJ Moore has been playing so well that it’s almost impossible to take him out right now, but the 49ers have been a death trap for receivers this season. They have been by far the stingiest defense against the pass so far, allowing just 133.5 yards per game. Most recently, the Niners have held Odell Beckham Jr. to just 27 yards and the entire Rams trio of Cooper Kupp, Robert Woods and Brandin Cooks to a preposterous 35 yards. San Fran is an intimidating place to play right now, and although Kyle Allen has been playing extremely well, I’m doing what I can to stay away from Moore, and I’m not even thinking about Curtis Samuel.

The TE position is divided between automatic starters and players you never want to see starting for your fantasy team, with very few players in between. Jared Cook, however, is one such in-between player. He missed last week with an ankle injury, but he’s riding a bit of a touchdown streak, and although he’s not going to be nearly 100% this week, there’s a good chance he’ll be able to limp his way to 60 yards and a touchdown against the Cardinals and their league-worst defense against TEs, if he’s active. Just make sure to watch his progression this week. If he’s inactive, a pivot to Josh Hill could work.

McDonald has barely been utilized outside of one game this season, and he’s still rostered in so many leagues. Surely a large group of people is going to see Miami on the schedule and decide that it’s now or never. I’m in the camp that for this year, it’s more likely to be never than now. The Dolphins, for all their infinite problems, have at least managed to be mediocre against tight ends this year. Sure, McDonald could get into the end zone, but that’s all you’re banking on. You have to be in a bad way if you’re starting Vance McDonald in Week 8, and if you’re still hanging on hoping he can be the tight end he was last year, I recommend dropping him for a lesser-owned, higher-ceiling tight end like Chris Herndon or Eric Ebron.