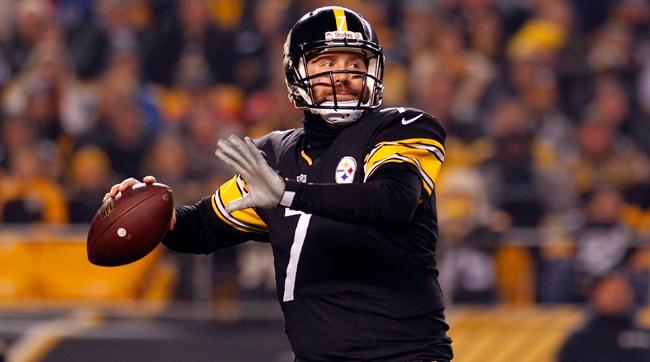 It is hard to believe that Week 5 of this bizarre NFL season is upon us. We have already seen a couple of games postponed, with several other scares. If anything, this is a reminder to be diligent with your roster, and make sure you have solid bench guys who can start in a pinch. This week, we also have the first of the scheduled byes, with the Green Bay Packers and Detroit Lions both getting a rest week. Just a reminder that in this fantasy football start sit article, we will be looking at players on the fringes at QB, RB2 and WR2 in typical PPR fantasy leagues to provide assistance deciding who is a worthy of a start and who is worthy of riding the pine.

Fresh off of last weeks impromptu bye week Ben Roethlisberger and the Steelers welcome the Eagles for the Battle of Pennsylvania. At first glance this would look like a tougher matchup for the Big Ben as the Eagles only give up 17.7 fantasy points per game (fppg) to opposing QBs. When you look a little deeper into matchups you find that this is largely on the strength of holding the now benched Dwayne Haskins to 12.8 in Week 1 and the 49ers combo of Nick Mullens and C.J. Beathard to 13.5 last week. But in Weeks 3 and 4 they gave up 24 to Jared Goff and 20 to Joe Burrow. Seeing as Big Ben has multiple TDs in each game this year, which one of these groups do you put him in? Exactly, fire him up and expect QB1 numbers this week.

Here is a fun trivia question. Name the only team to not hang 30 QB fantasy points on the Falcons this season. Considering they have played the Seahawks, Cowboys, Bears, and Packers in that order you would probably assume it is the Bears but the duo of Mitch Trubisky and Nick Foles put up 30.8. It was actually Aaron Rodgers this past week and he finished with 29.6 points as the Packers were largely running clock for the fourth quarter. Currently the Falcons are dead last in the league allowing 33 fppg to QBs and Teddy Bridgewater is coming off his best game on the season with 27.2 fantasy points. If you need a starter for this week Touchdown Teddy, not his nickname but it should be, is your guy.

Last week, Joe Burrow was a start in this article and while he was a little disappointing as he finished with 16.1 fantasy points which put him at QB20 overall it was largely based on Joe Mixon stealing the show with 42.1 fantasy points. Now this week he gets what statistically looks like a good matchup against the Ravens who are giving up 21.4 fppg to opposing QBs but if we look closer at the matchups we see that aside from Patrick Mahomes dropping 40 on them two weeks ago they have only given up 15.3 fppg which would be third toughest in the league. While the possibility of garbage time production is real I would look elsewhere for your starter this week.

Last week Ryan Fitzpatrick delivered as a start in this article putting up 23.3 fantasy points good for QB10 on the week. He is currently the QB9 on the season and has put up 23.9 fppg over the last three weeks but this is not a good week to start him traveling across the country to play the 49ers and their tough, albeit banged up defense giving up 18.2 fppg. In addition, with the early success of Joe Burrow and Justin Herbert the calls for the start of Tua Time are starting up and only going to get louder as this looks like another lost season for the Dolphins. I would expect we are only a couple of interceptions away from Tua Tagovailoa getting some reps and I would rather be ahead of the curve by a week or two than behind it.

Check out our Week 5 Fantasy Football Rankings, including scoring settings for PPR and half PPR leagues! Ranking are updated throughout the week.

Antonio Gibson role in the Football Team’s offense (which by the way this is now Week 5 and Daniel Snyder still can’t come up with a name for his team) continues to grow each week and last week he had a season high in touches with 13 carries for 46 yards and five targets which resulted in 4 catches for 82 yards and a TD. He has now scored in three straight games as well. The Redskins will be rolling Kyle Allen out at QB this week as well and will look to establish the running game against the Rams who have given up 19.1 fppg to RBs on the year including RB2 performances at least by every team they have faced this season. Roll out Gibson this week as an RB2 with RB1 upside.

Hopefully you checked twitter last weekend for my update that with Leonard Fournette being inactive Ronald Jones was an RB2, quick reminder to follow me on twitter @SchroederCoach. Jones has made several appearances in the sit portion of this article but this week with Leonard Fournette being doubtful as of this writing he earns the starting nod. The Bears have given up 19.6 fppg to RBs including five RBs scoring over 11 fantasy points. With Jones in line to receive around 20 carries and a handful of catches, he becomes a locked in RB2 this week with RB1 potential.

The second Dolphin to take a seat this week is Myles Gaskin, who has been in double-digit fantasy points in three games and hovered around RB2 status each week finishing between RB30, RB22, RB21, and RB36 the first four games. This week he gets a tough matchup on the road against the 49ers D which has held opposing RBs to a league low 10.8 fppg. This year, even with the injuries, they have sustained on defense the most fantasy points they have given up to the position is 14.5. This is an elite run defense and without the goal line work Gaskin is best left on benches this week.

David Montgomery has only finished as a RB1 or RB2 in PPR formats once through four games, although he narrowly missed last week finishing RB25. The Buccaneers are only giving up 16.2 fppg to RBs which includes a matchup against Alvin Kamara and Christian McCaffrey. They also ended the afternoons of McCaffrey and Austin Ekeler early. Montgomery did log 50 of the 59 offensive snaps last week with Tarik Cohen out and was targeted a career high 6 times in the passing game, he pulled in 3 of those for 30 yards to go along with his pedestrian 10 carries for 27 yards. He is best left on benches this week and could be a potential buy low candidate after this week.

CeeDee Lamb has now gotten six or more targets in all four Cowboys games and seven or more in each of the last three. With that he has a 100-yard game and a two-TD game to show for it. He is the number two WR in this offense and has relegated Michael Gallup to boom bust WR3 status. Next up is a game against the Giants who are giving up 24.7 fppg to opposing WRs which is right near league average. The Cowboys terrible D though has put their offense into shootout mode in three straight weeks including giving up 39 to the Falcons, 38 to the Seahawks, and 49 to the Browns. Look for Speedy CeeDee to continue his ascent into every week start status this week.

After Justin Jefferson‘s breakout Week 3, where he had seven catches for 175 yards and a TD, he followed it up with four catches for 103 yards against the Texans last week. Now, he gets a mouthwatering matchup against the Seahawks secondary which is getting torched by WRs to the tune of 41.6 fppg. Not only that but through four weeks they have given up nine top 25 WR weeks. Not only is the Seahawks D atrocious vs. opposing WRs but their offense is scoring at the second highest clip in the league and with a total of 57.5 this looks like it has a good possibility of turning into a shootout. Get Jefferson in your lineup this week.

Julian Edelman has now had two quiet weeks in a row with two catches on six targets for 25 yards against the Raiders in Week 3, and three catches for 35 yards on 6 targets against the Chiefs last week. This has less to do with his recent production though and more to do with the status of Cam Newton, if he misses a second week with COVID that means you are putting your faith in Brian Hoyer and Jarrett Stidham to get the ball into his hands. The Broncos defense has actually been susceptible to opposing WRs giving up 27.4 fppg but that has been against starting level NFL QBs. Sit Edelman this week unless Cam is cleared to return.

Jarvis Landry is much less of a focal point in the Browns offense this season and barely cracked WR2 territory last week due to a trick play and a TD pass to Odell Beckham Jr. This team has turned into a much more run heavy team under first year coach Kevin Stefanski running the ball on a league high 53.3% of plays which is an 11.1% increase over last season. Now without Nick Chubb in the mix this week there is some hope that the Browns will air it out more but that seem unlikely given how effective D’Ernest Johnson looked last week. When the Browns do look to pass the Colts are only giving up 20.5 fppg to WR. This one seems too easy sit Landry.

Who is Robert Tonyan?