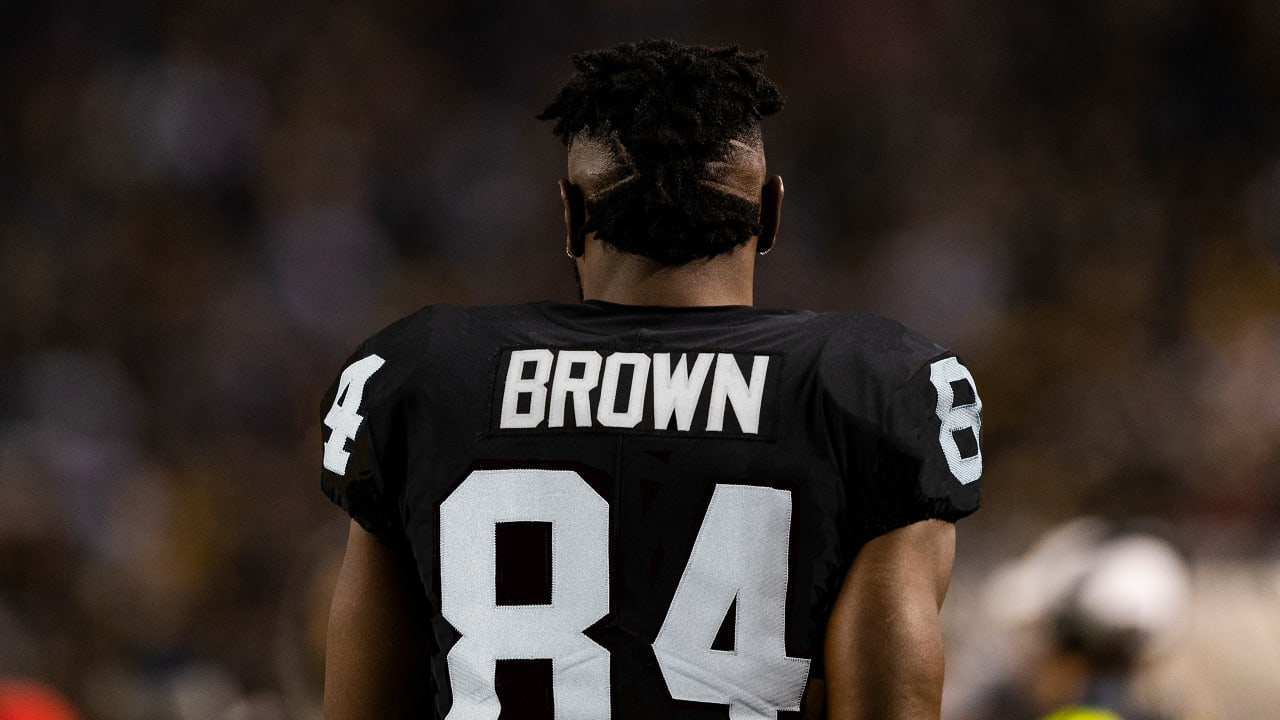 Rejoice! Football season has mercifully returned to us. We already had our first taste of regular season football on Thursday, and despite it not being the most entertaining game, watching the Packers and Bears duke it out in a low-scoring affair was a welcome return to the best sport in the world. It’s back. It’s finally back.

A lot of the time, fantasy owner will just go into Week 1 wielding the players they drafted earliest, leaving the results up to fate. And a lot of the time, that would be the best course of action. But in an offseason as preposterous as the one we just witnessed, you might need to tap your bench depth a little earlier than you might have hoped. Andrew Luck owners, knock on wood if you’re with me.

When you reach into your bench for the best player available, don’t just grab the guy you drafted earliest. Do a little digging and find the guy who’s best equipped for Week 1. I did some digging myself and found who I think are two great fringe starts at each position, along with two guys who you can keep on your bench for now.

Tom Brady enjoys nothing more than beating the bag out of the Steelers at home. In his five such career starts, Brady has averaged 359 yards and 3.6 touchdowns without throwing a single pick. If the Patriots are able to postpone their typical early season slump for a week, Brady should once again light up Mike Tomlin’s defense. It remains to be seen how Rob Gronkowski’s retirement will affect the overall Patriots offense, but a Josh Gordon, Julian Edelman and James White-led receiving corps isn’t weak by any means. He isn’t the weekly starter he was, but Brady’s comfortably a top-10 option for me this week.

The Lamar Jackson hype train hit maximum speed in the past few weeks, with the draft season ending with him going as QB14, when a month previously he was QB17. Jackson is going to run like no other QB has run before, and it remains to be seen whether defenses will be able to consistently stop him. If Jackson’s QB style is going to work, it makes sense that it will work best early in the season and especially against a Dolphins team that head coach Brian Flores has already had to go on record and deny that they were tanking, which is never a good sign.

Roethlisberger on the road gets a lot of hate, but his home/road point totals were nearly identical last season for fantasy, so that isn’t specifically why he makes the list. What puts him on this list is that Antonio Brown isn’t there to keep Stephon Gilmore off JuJu Smith-Schuster anymore. If the Patriots succeed in taking JuJu out of the game, Donte Moncrief and Vance McDonald are going to have a hard time with the rest of the Patriots’ pass defense. Expect James Conner to run the ball a lot.

Let’s let Kyler Murray breathe for a second before we declare him a fantasy football starter in a league where there are so many reliable options at quarterback. The Lions aren’t a particularly frightening defense, but they did a great job defending running quarterbacks in 2018. They held Dak Prescott and Cam Newton to two rushing yards apiece, Russell Wilson to 15 yards and Josh Allen to 16 yards (on nine attempts), although he did get in for a touchdown. Murray absolutely might be the QB to drag the Cardinals out of the cellar, but for now, he’s a rookie starting his first game in a tough matchup. Give it a week.

Anyone who drafted Duke Johnson a month ago really fell backwards into what could be a possible early-season fantasy star. Nobody’s scared of Carlos Hyde anymore; he might have a few uninspiring carries, but Johnson is the far more talented back and should be on the field for almost every snap in Week 1. Deshaun Watson has never had a real receiving threat out of the backfield, which certainly was a reason for his league-high 62 sacks last year. Hopefully that number diminishes somewhat with Laremy Tunsil in at tackle, but Johnson is still going to see plenty of check-down passes when Watson is under fire.

Ekeler might strike people as the obvious play, whereas Jackson has the reputation as the backup, but head coach Anthony Lynn has come out and said that the two will work as a tandem. As you’ll see later, I don’t tend to believe coach speak, but this makes perfect sense. Ekeler is a good change of pace back, but I believe Jackson is the better overall runner and, in a good game plan, both players can put up start-worthy numbers. The Chargers scored the second-most running back fantasy points in 2019, which will decline, but maybe not by as much as most think, even with Melvin Gordon possibly having seen his last snap in Los Angeles. The Chargers have a great offense and they have a great set of backups to keep things moving.

For all we’ve heard about how Guice is going to be the undeniable lead back, let’s watch it play out on the field first. This is the sort of coach speak that tends to lead fantasy owners astray, and right now it has people buying all the way in on a guy who plays in the same backfield as ADRIAN PETERSON. Did we all forget that Peterson rushed for over 1,000 yards last season? With the Redskins? If Peterson is still productive, it wouldn’t make any sense to push Guice, who’s coming off a torn ACL, into an every down role. To make matters worse, the Eagles are coming to town, so neither player may get many carries in what could be a blowout.

Miles Sanders (vs Redskins) and Devin Singletary (vs Jets)

I feel more or less the same about both of these players that I do about Guice. Coaches love veteran running backs early in the season. We just saw it with David Montgomery, who only got six carries on 28 snaps. We saw it last year too. Nick Chubb only carried the ball three times to Carlos Hyde’s 22 in Week 1. Kerryon Johnson split carries with LeGarrette Blount. Like it or not, Jordan Howard and Frank Gore are going to take a lot of carries from the two rookies early on. Wait for them to cement the job before you trust them with a lineup spot.

Samuel has impressed every single time he’s appeared on a football field for the Panthers, and he was dominant all the way through the offseason. Most consider DJ Moore to be the incumbent #1 receiver, but Samuel is right there with him and will be an every-down starter. The Rams have a scary secondary, but don’t let that put you off of Samuel, who should factor heavily into what could be a shootout.

Sanders blew out his Achilles last December, but now he looks as good as ever, and everyone who drafted him did so at a discount. Sanders was a great starter when he was healthy last season, and that shouldn’t change with Joe Flacco replacing Case Keenum. Sanders is absolutely a start-worthy player who should obliterate the Raiders’ atrocious secondary.

Antonio Brown has been released from the Oakland Raiders. Hang onto him for now, but obviously he will stay on your bench.

I consider myself one of the biggest Robby Anderson defenders out there, but with Anderson having to deal with a calf injury AND Tre’Davious White press coverage in Week 1, I’m not forcing him into my lineup. If he can get healthy, I may find a way to shoehorn him into the “Start” section next week against the Browns.

The Titans only allowed 4.8 fantasy points per game to tight ends in 2018, which was third-best in the league, but that was an example of schedule luck skewing the stats. Tennessee got torched whenever they were matched up against a TE worth his salt. Eric Ebron had 60 yards and a touchdown in the one game he played against them. Evan Engram had 75 yards; Zach Ertz had 112 yards, and the next best fantasy tight end Tennessee faced was Chris Herndon IV. Njoku might have a spotty season, but he should catch a handful of passes against a defense that caves against talented tight ends.

Don’t bury Eric Ebron yet. Few tight ends are greater threats in the red zone and, contrary to popular belief, the Colts are going to score points this season. He won’t reach the 13-TD mark again, but Jacoby Brissett will keep the offense afloat, and a talented tight end who broke out in his first year in Indianapolis isn’t just going to vanish into thin air. He should remain the #2 option on a decent offense and will be a touchdown threat every week. This isn’t necessarily Week 1 advice so much as it is a PSA to hold onto Ebron for a week or two and see how the Colts’ offense adjusts to Luck’s retirement.

The Cardinals ranked second in defense against tight ends and it wasn’t thanks to an easy schedule. Arizona blanked Austin Hooper, held Kyle Rudolph to 37 yards, Travis Kelce to 46 yards and Jimmy Graham to 50 yards. They also held George Kittle to “only” 70 yards per game, which was below his season average, and kept him out of the end zone both times they faced him. None of these players scored a touchdown. TJ Hockenson is a rookie tight end and, despite the hype he’s received, and doesn’t belong in a Week 1 lineup against a Cardinals team that can at least hang their hat on this one specific accomplishment.

This is another Week 1 example of me wanting to see it first. I’m not ready to put Greg Olsen in my starting lineup after he only topped 50 yards twice last year and dealt with a recurring foot issue that kept him out of the fantasy playoffs. Olsen has been dealing with major injuries for most of the past two seasons and, while it’s possible he can become a solid starter again, he’s been apparently surpassed by Christian McCaffrey, Moore and Samuel for Cam Newton’s passing preference. There isn’t a lot to like right now, except for Olsen’s past performance, which at this point was three years ago. Let me see it before I start Olsen.