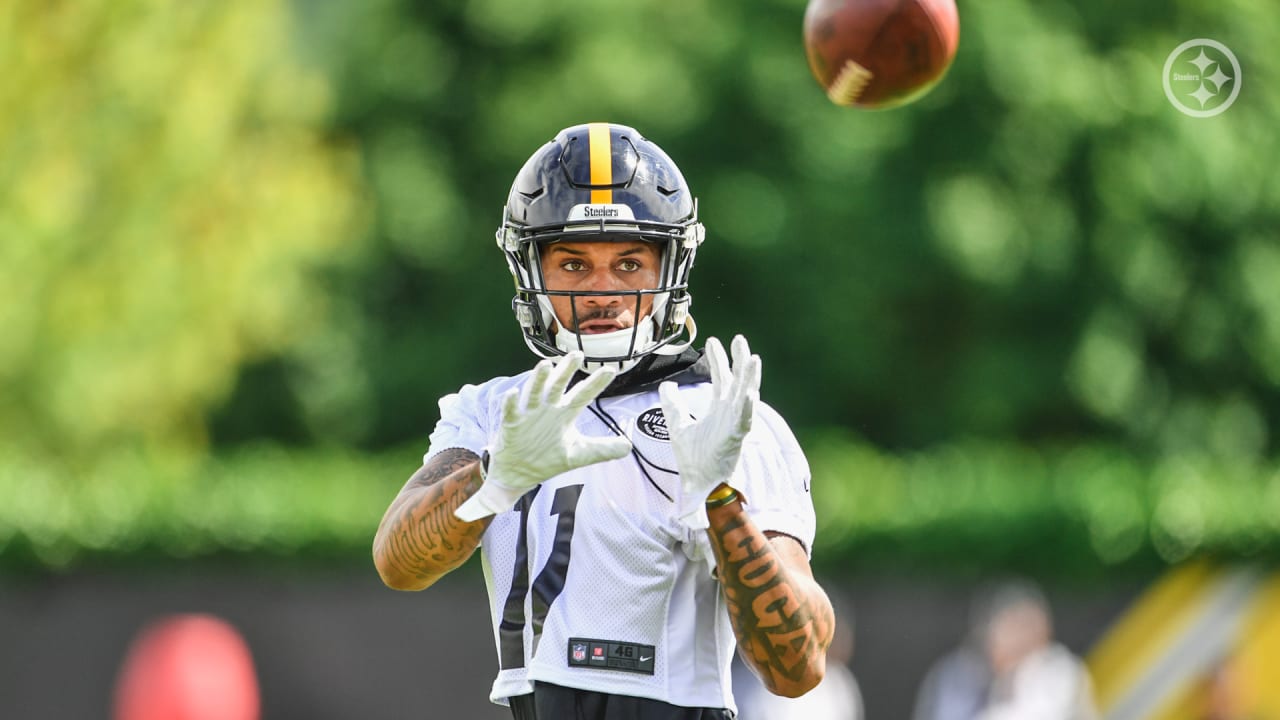 In 2019, Ben Roethlisberger threw for career-high in both yards and highest touchdown total. This led to him producing two top-12 fantasy wide receivers for the first time in his career: Antonio Brown (WR2) and JuJu Smith-Schuster (WR9). Throughout his career, there have been four seasons that the Steelers have had multiple top-24 receivers. Roethlisberger has produced 10 fantasy WR1s, six fantasy WR2s and seven fantasy WR3s over the past 15 seasons. With the departure of Brown, JuJu has emerged as the far and ahead number one wide receiver on the team fantasy-wise (current ADP: WR7, 18th overall).

Washington was drafted by the Steelers with the 60th overall pick in the 2018 Draft. Coming out of Oklahoma, Washington was viewed as one of the top wide receivers entering the draft. However, in his rookie season, he was only able to haul in 16 of his 38 targets for 217 yards and one touchdown. The low target number could have been a result of Brown and Smith-Schuster receiving nearly 50% of the targets from Roethlisberger. With so many targets up for grabs, Washington likely will see an uptick if he can earn the trust of the quarterback.

Last year, he was criticized for a drop in the game against the Broncos. So far this preseason, Washington has eight receptions for 162 yards and one touchdown. Though this usage seems great, it primarily came with the second or third offensive units. In week 2 of the preseason, Washington only had one snap with the first offensive unit. If Washington does not see more snaps with the first unit in Week 3 versus the Titans, it is unlikely that Washington has earned the WR2 role on the Steelers and is very unlikely to return value on where you draft him.

Moncrief was drafted by the Colts with the 90th pick overall in the 2014 Draft. He, like Washington, had a somewhat slow rookie season, however he was able to catch over 65% of the passes that came his way from Andrew Luck. His best season came in 2015, when he had over 700 receiving yards on over 100 targets. However, since his rookie season, that catch rate has dropped almost every year. His lowest catch rate came last season with the Jacksonville Jaguars. This may have been more related to lower quality passes from Blake Bortles and Cody Kessler than his own ability. Unlike with Washington, Roethlisberger has praised Moncrief’s drive, abilities and knowledge of the playbook already during the preseason.

Moncrief seems to already have an advantage to be the second receiver on the Steelers. In Week 2 of the preseason, all of Moncrief’s limited snaps were with the first unit, indicating that the Steelers plan to use him.

Throughout his career, Roethlisberger’s second wide receiver has finished, on average, as the 30th wide receiver overall in standard scoring. Whether it’s Moncrief or Washington, there is value to be had for both at their current respective draft positions. With two great preseason games under his belt in 2019, another might be just enough to prove to Roethlisberger that Washington is worthy of the WR2 spot on the Steelers, but this could also boost his ADP to a point that makes his him almost not worth the risk.

Moncrief, on the other hand, is available one round later and all signs point to it being his job to lose. If Washington does not get more first unit snaps in preseason Week 3, then it is unlikely that he will be the WR2 during the regular season and will not be able to return value on his draft position. As it stands now, drafting Moncrief seems to be the better choice.