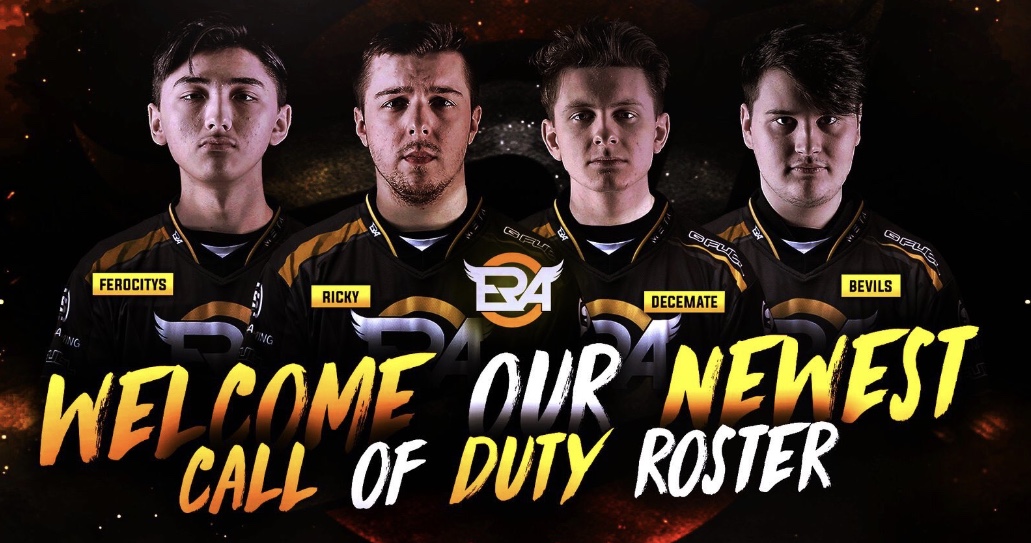 On January 19, a deal went through, sending all of Doom’s Call of Duty roster to Era Eternity. The ex-Doom team was the only team not under contract for the Pro League. Era announced the change on their twitter, in which they showed their roster in Era jerseys. In addition to this roster, Era secures their first mainstream COD League Berth.

This roster placed T12 in the NOLA open, in which they clinched the #9 seed in North America for the Pro League. They had only been together as a team for about a week before this event, so you could only imagine how good this team could perform in the Pro League, despite their tough competition. As a result of their seed, they’ll compete division A. They have a tough road ahead, and will play against, TK, Rise, and Red Reserve.

The former Doom team made it to the semi-finals of the open bracket, where they were overwhelmed by Lightning Pandas. In the open bracket they were able to defeat both GGEA squads, Supremacy, and Unilad. As a result, they secured a T12 placing, and a Pro League spot.