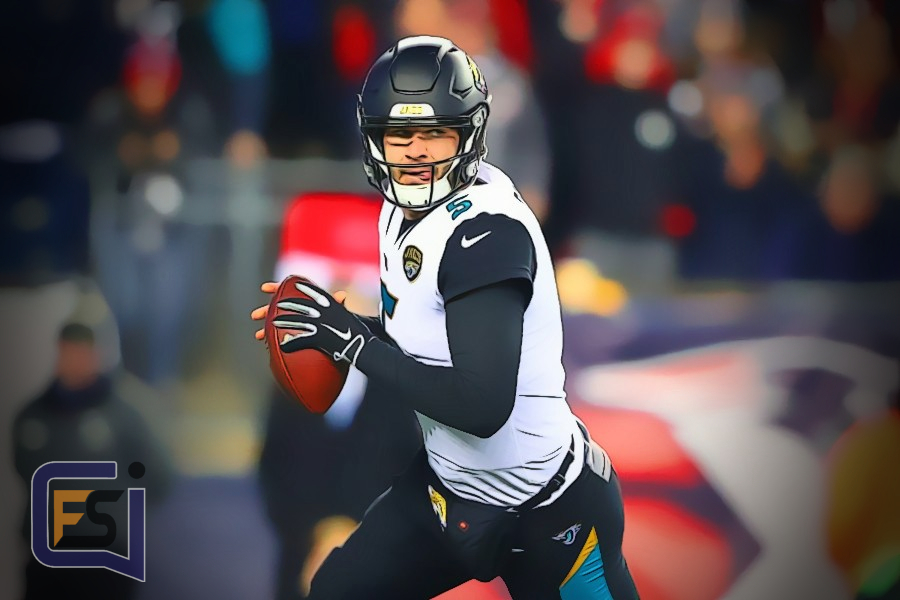 We’re in thick of fantasy draft season, which means we need all the strategy and information we can get. While the draft doesn’t determine the final outcome, it can certainly put you on the right path for a championship. One of the most important decisions you will make is selecting your starting quarterback. We know who’s good and bad, but often matchups help to split hairs between them. With that being said, here are the five easiest quarterback strength of schedules.

The data used to determine strength of schedules comes from FantasyPros, the players’ ranks are my rankings here on FlurrySports, and their ADP is from 10-team PPR leagues, according to Fantasy Football Calculator.

Mr. December! If you don’t get this, I suggest taking a couple days to binge listen to the FlurrySports Podcast. Aside from my undying love for Blake Bortles, the numbers don’t lie! On paper, he has the easiest quarterback schedule in the league. Unfortunately, he is on a run-heavy offense and the defense will keep opponents for scoring, meaning the sense of urgency for this offense should remain low. I think he plays a bit better than last season, and combined with his sneaky rushing ability, Bortles will honestly be a solid bye week fill in. That’s my unbiased analysis. For biased reporting, Bortles is unbeatable in December, meaning he is a buy-low candidate every single week until then!!!

Alex Smith shocked us all with how great he was last season. He heads to the nation’s capital, gets the second-easiest schedule, and none of us want anything to do with him. Smith seems severely undervalued by everyone, myself included, but I just can’t get myself to rank him higher until I see him do it again. Until then, Smith is a solid bye week fill in, and he could be a really solid pick at the end of your draft.

Watson was so good last season, until he went down with an ACL injury. He has recovered and is fully ready to go for week one. Because of this, he’s my second-ranked quarterback in redraft leagues, and if you play in best ball leagues, he’s my favorite pick. Aside from an easy schedule, how good he was last season and a full offseason to gel with his receivers and this offense, the receiving corps has gotten both better and deeper. I still struggle with taking quarterbacks as early as Watson is coming off the board, but he is close to worth it.

The second-year player is poised for a breakout year. His receivers this season are dramatically better than the scrubs he had last year, and with new head coach Nagy now in Chicago, this offense will look a lot different. Expect Trubisky to push the ball downfield often, but if it’s not open, he should benefit from one of the most electric check-downs in the league, Tarik Cohen. Jordan Howard will also play the role in the passing game, and he’s better at it than you’d think. I’m not drafting Trubisky as a starter in any circumstance, but we could see a 2017 Jared Goff-like year from him.


The fifth-easiest schedule belongs to a MVP candidate and last year’s Super Bowl champion. When I put it this way, Carson Wentz is a no-brainer. However, much like Watson, Wentz is coming off a knee injury. Unlike Watson, he’s not fully ready to go yet. While there’s a good chance he plays week one, there’s an even better chance there will be some restrictions on him and the offense. While I expect them to be off quickly, they’re still noteworthy. Overall, I like Wentz and he’s going at a much better position in the draft than guys like Watson or Aaron Rodgers, yet he offers the same upside.