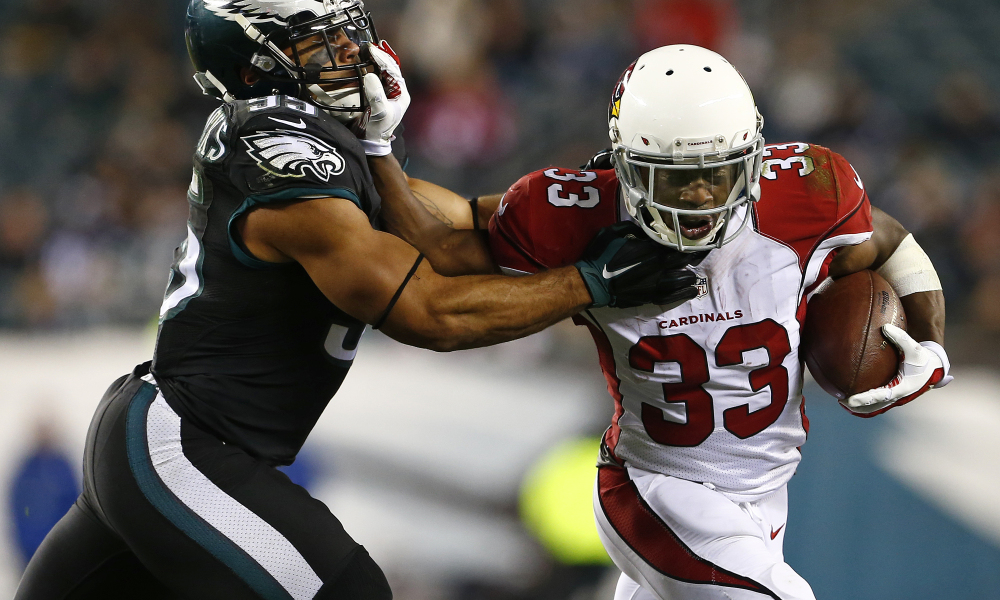 We made it through the first week of the NFL season! Hopefully you got a win and escaped without injuries to your roster. Unfortunately, not everyone was this lucky, myself included. The first few weeks on waivers can win or lose you the season, so get your picks in quickly! I will be giving you some suggestions of players you should add or drop, with each player’s ownership in ESPN leagues.

Tyrod is a player that I suggested to pick up last week, and he makes the list yet again. I suggest you read what I wrote about him last time if you need a quarterback, because he will have another good season, if he stays healthy.

I love Siemian. I think he is a talented quarterback that has earned the respect of everyone in that locker room. Siemian also plays every snap like he has something to prove, which makes sense considering he was a seventh round pick. He’s unowned in basically every league and he plays the Cowboys this week, so I expect him to be a pretty good play this week and going forward.

Down goes many league’s top overall pick, David Johnson. He will be out for at least eight weeks, so Williams is the next man up. It is important to note that Ellington, and possibly Penny, will get some carries, but it seems clear that Kerwynn Williams will get the bulk of the work in the Cardinal backfield. While I wouldn’t be surprised to see the team bring in a free agent, Williams is a must-add for now.

Cohen is clearly the backup to Jordan Howard, and I do not expect that to change. However, I expect his role to grow. With a decimated receiving corps, someone has to catch passes for the Bears. Cohen had eight catches on twelve targets Sunday, along with a productive day on the ground, so I expect the Bears to use him going forward.

Here are the snaps for the Saints backfield out of a possible 62 plays: Kamara (31), Ingram (26), Peterson (9). This is not a fluke. I’ve been on record in multiple places saying this exact situation would happen. If the Saints are chasing points, Peterson will be on the sideline. It’s also important to note that Peterson STILL had terrible vision on Monday night, but I digress. Ingram and Kamara are left to split passing downs, and Kamara is the clear future of this team. Mix in the fact that the Saints coaches don’t seem to like Ingram very much, and this leaves the rookie getting the most snaps. I think Peterson will get a chance to prove himself more early in the game next week, after what is likely to be a vocal week of preparation by him. But guess who the Saints play? The Patriots. Tom Brady may come out and throw 500 yards in the Superdome, so expect the Saints to be chasing points yet again.

The exciting rookie followed up an impressive preseason with a two-touchdown game, which led to him being the fifth-highest scoring wide receiver this week. Golladay is a big target for Stafford, and he should continue to be one of the go-to guys in the red zone.

Maybe this is the breakout season for Agholor! This week may be his best game of the season, but he is worth the add in case this wasn’t a fluke.

Kupp is another guy that I said to pick up last week. The schedule is about to make things difficult for Watkins, and I’m still not sold on Gurley being an effective runner, so Kupp should continue to be solid in PPR leagues for weeks to come.

Same thing as last week. He’s basically the only receiving option who isn’t also a running back.

Have I ever mentioned that I hate repeating myself? Same as last week, so hopefully his ownership rises so he’s not in next week’s add/drop.

Clay has a connection with his quarterback. As long as both of them are on the field, he should be an okay option.

Are they good? No. But they do play the Jets, so they’re a good streaming option this week.

The Ravens host the Browns this week. If they come to play again, they should be another decent streaming option.

We should get a timetable for his return later today, but I’m expecting it to be awhile. He will likely not be worth hanging onto since there’s plenty of players with upside available.

If you own Latavius Murray, I’m sorry you haven’t listen to me for the past year. This drop is a combination of him being bad at football and Dalvin Cook actually being good. Even if Cook gets injured (*knocks on wood*), I don’t think I’d want anything to do with Murray.

Torn ACL, done for the year. I didn’t include a Jaguars receiver above since I don’t think any will consistently contribute like the others mentioned could, but it’s worth keeping Hurns (2.3%) and Lee (22.3%) on your radar.

This guy cannot catch a break. Well…nevermind I won’t make a joke. White broke his collarbone and will miss the rest of the season.