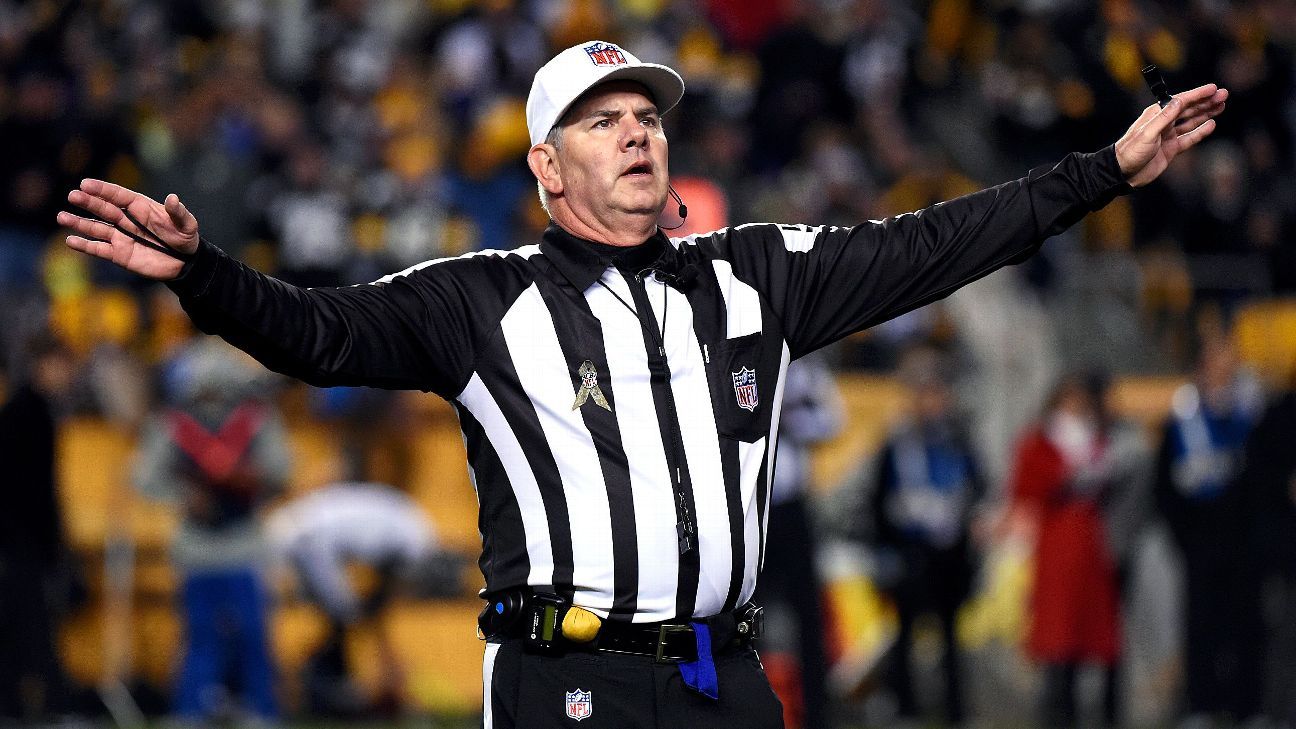 With two games to determine the Super Bowl participants, all eyes were on the NFL on Sunday afternoon. In the biggest games of the season to this point, with everything on the line, the referees stole the show from the players. In both the NFC and AFC Championship games, football fans are demanding answers as to some questionable, at best, calls.

Starting in the NFC Championship game between the Rams and Saints, it was a lack of flags that drew the fans. While it was the missed pass interference that may be the headline of the game, there were missed calls on both sides throughout the game. Social media was ablaze with screenshots of what should have been a delay of game prior to a touchdown for the Saints, a couple missed facemask penalties, and a Saints player appearing to stomp on the head of the downed Rams ball carrier. These alone are inexcusable at any point in the NFL season, let alone the NFC Championship game.

Then there’s the missed pass interference call, when Tommylee Lewis was hit well before the ball arrived, yet no penalty was called. The play in question was on a third down and the penalty would have resulted in a first-and-goal, inside the two-minute warning, with the Rams only having one timeout. Instead, the Saints settled for a field goal, giving them a 23-20 lead, which Los Angeles would tie back up with 15 seconds left in regulation. Obviously, it is not a given the Saints would have won in regulation or if the game still would have gone to overtime, but we will never know.

This “no call” may have cost the #Saints a trip to Super Bowl 53 pic.twitter.com/GQ8jNfBy69

After the game, Sean Payton said he had heard from the league office admitting that they missed the call.  The NFL has not confirmed this. However, head referee Bill Vinovich said he did not see the missed call.

In the AFC Championship, it was a lack of consistency that would anger fans. Throughout the game, the referees would let the boys play, allowing contact to the receivers, only to get flag happy when the game mattered most. Following the debacle of the Julian Edelman “muffed punt/no touch” and the ensuing interception off Edelman’s hands, the Chiefs scored a touchdown to take the lead.  What happened next was madness. The NFL returned to its horrid definition of roughing the passer, after a Chiefs defender attempted to swat the ball from Tom Brady and made contact with his shoulder pad to give the Patriots a fresh set of downs. This ignited a massive spark on social media criticizing officials once again for both the absurdity of the penalty and the protection of Tom Brady.

Just minutes later, Rob Gronkowski was grabbed and turned down the sideline with no call. Brady then turned to Chris Hogan to get a first down on an out route on the sideline, which Hogan was ruled to have caught. The play was reviewed and overturned, bringing up third-and-10. Brady went back to Gronkowski and the ball went off his hands and was intercepted by the Chiefs, until an offsides penalty negated that play. What happened next is history, Patriots score, Chiefs tie it back up, the game goes to OT and the Patriots are going to another Super Bowl.

So what does this all lead to? All season long, fans and players have been worried about officiating. starting with the new helmet to helmet rule that was implemented this season. Then came the “roughing the passer” fiasco that we saw in the early weeks of the season. In the Wild Card round, the Bears and Eagles game brought forth the odd rule of an incomplete pass that was overturned to be ruled a completed pass with a fumble but no clear recovery. With the Super Bowl still needing to be played, it is unclear if the officials are out of the woods of scrutiny yet or not. Regardless, fans and players deserve better. There is no excuse for such a clear lack of consistency and integrity of the rules of the game. Do they need to be simplified or do we need new, younger referees? Human error is part of the game, and at the end of the day, that’s all it is, a game. That being said, it is also one of the most watched products ever, and if the quality of the product continues to deteriorate, people may get fed up with the game. These are career-defining moments that the NFL is currently robbing its players of. Quite frankly, it’s getting old.