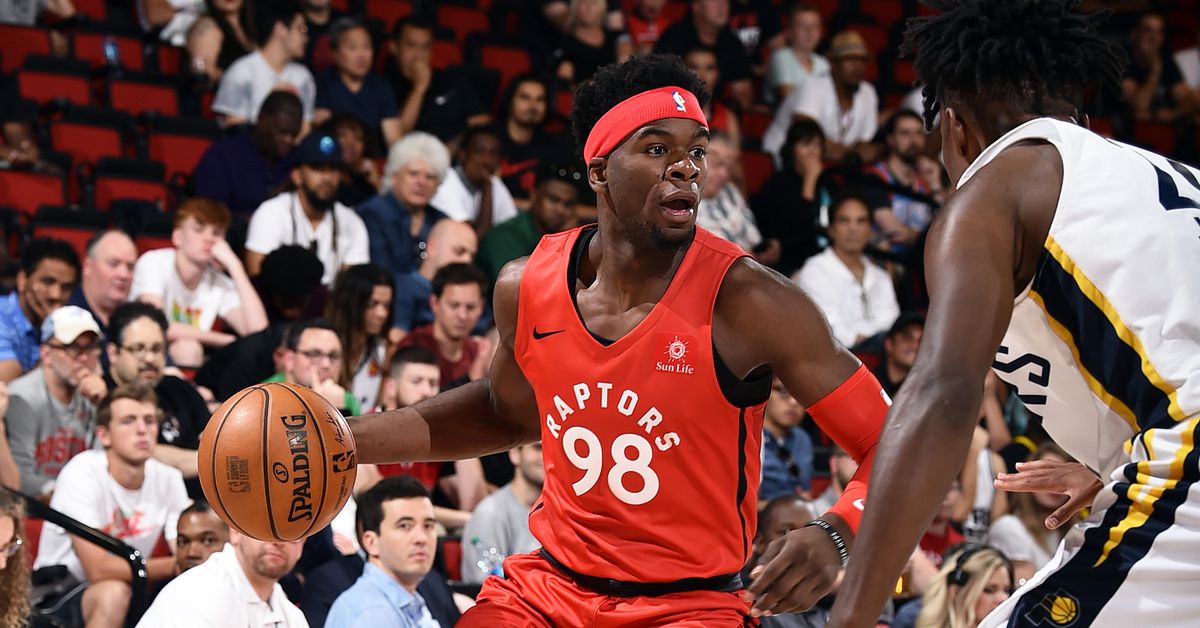 Dewan Hernandez led a team effort by the Raptors over Aaron Holiday and the Pacers, 94-74.

Hernandez, a Raptors 2019 second-round pick, put up 18 points on 7-11 shooting to lead the Raptors in scoring. In addition to points, the 6’11” Hernandez chipped in eight rebounds and was a presence on defense. The Raptors move to 2-2 in the Las Vegas Summer League.

Holiday, expected to play a role for with the Pacers next season, struggled. He led all scorers, with 23 points, but needed 26 shots to get there. He was a woeful 3-13 from three-point range, missing several open attempts. The Pacers remain winless in Summer League, at 0-4.

The Raptors had a balanced scoring night, with Richards Solomon and Malcolm Miller putting up 14 and 16 respectively.

Hachimura Leads Wizards Over Hawks
Celtics Remain Undefeated in Summer League, Thanks to Efforts From Robert and Grant Williams