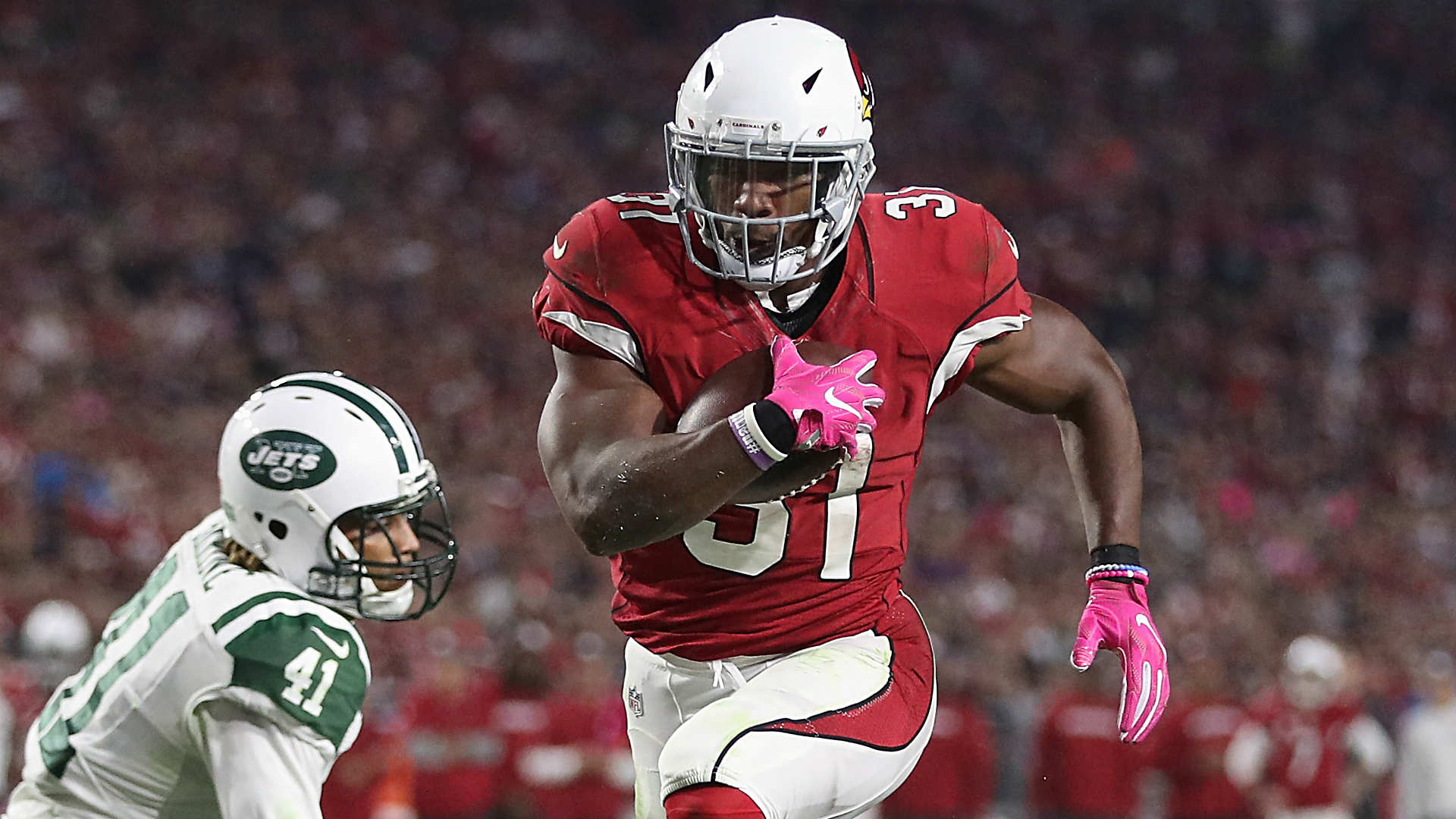 David Johnson suffered a dislocated wrist against the Lions in week one. (Credit: Getty Images)

The Arizona Cardinals have just received word that their star player David Johnson will miss anywhere from 8-12 weeks due to a dislocated wrist.

Although it seems likely that his injury is a serious one that will potentially require surgery, Johnson is in the process of seeking a second opinion and should get the results back from that examination within the next day or so. This news is exactly what the Cardinals team and fan base feared as soon as they saw Johnson fall and gingerly walk off the field in the third quarter of the game.

Arizona will look to the rest of the running backs on the roster to try and fill the void that David Johnson is leaving. Currently on the team website, Kerwynn Williams is listed as the team’s primary backup, with veteran Andre Ellington and Elijhaa Penny following. Although it has not yet been determined how the carries will be split up amongst these three backs, it is expected that Williams will handle the majority of the workload. His impressive 8.7 YPC that he recorded last season surely puts him in good position to control the team’s backfield.

Week 1 for the Cardinals could not have gone any worse as their starting QB Carson Palmer threw for three interceptions, they lost their star player for what could be more than half of the NFL season, and they lost 35-23 to a very beatable Detroit Lions team. With arguably the worst possible start to the season, Bruce Arians and the rest of the Cardinals cast will look to rebound next week against the Indianapolis Colts, who are in a very similar position with their star quarterback Andrew Luck out with an injury of his own.