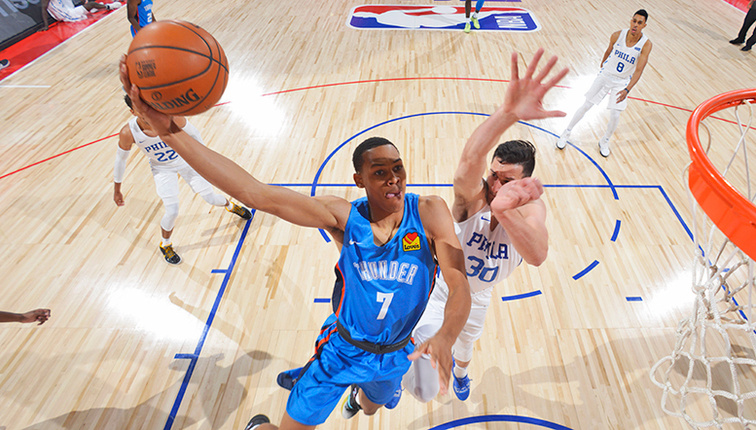 Darius Bazley Continues to Struggle in the Summer League

Darius Bazley Continues to Struggle in the Summer League

Darius Bazley, the 23rd pick in the 2019 NBA Draft, is still shaking off the rust, as his Oklahoma City Thunder still notch the 84-76 win against Croatia.

Another Quiet Night for Bazley

Bazley played 20 minutes in the game, but tallied only six points. These were the first points in his NBA career. He made three out of seven shots from the field, including two missed threes. All of his makes came from within 10 feet. Bazley’s shooting was a concern coming into the draft, but it’s encouraging that he’s electing to take a couple shots from outside.

The former five-star recruit, who skipped college to pursue an internship with New Balance, hasn’t played a meaningful basketball game in over a year, so it’s not a shock that he hasn’t found his footing yet. This was only his second game of the summer, and he’s already improvising. He brought down five boards and had two blocks. With the Thunder eyeing a rebuild, Bazley has plenty of time to develop.