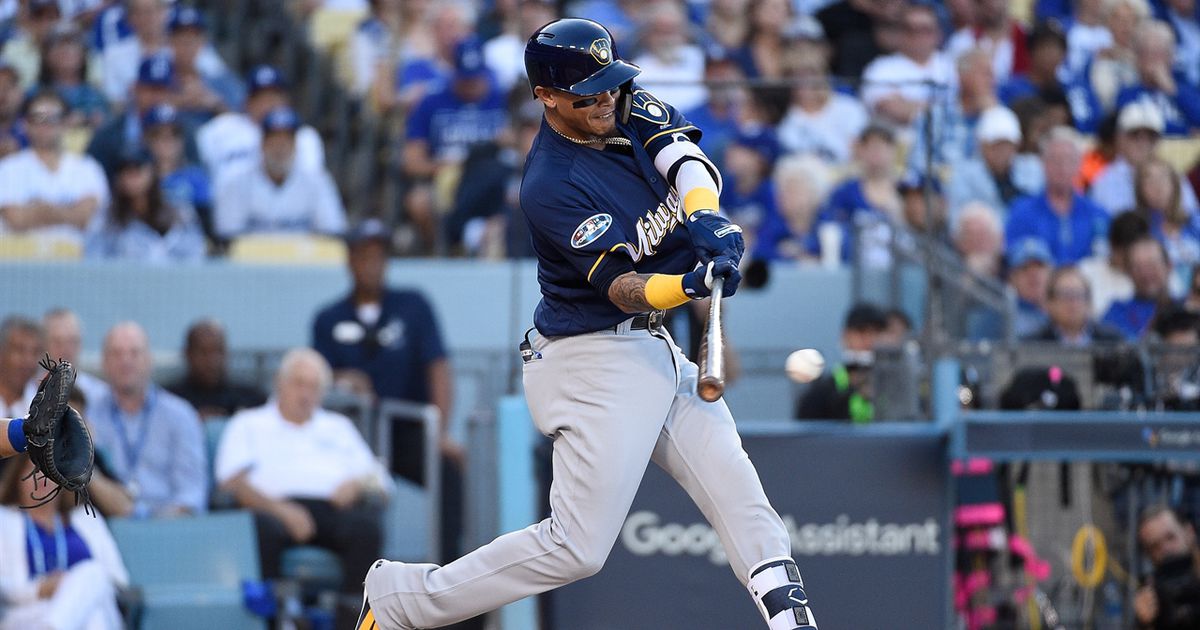 Orlando Arcia's 2-run homer in the 7th inning was just part of a terrific all-around performance by the Brewers. (Credit: FOX Sports)

The old adage that starting pitching is the most critical part of postseason baseball may not be dead just yet. It received a big vote of confidence in Monday’s NLCS Game 3 between the Milwaukee Brewers and the Los Angeles Dodgers. Brewers starter Jhoulys Chacin pitched brilliantly over 5.1 innings, Orlando Arcia slugged a two-run homer, and Milwaukee blanked the Dodgers 4-0 to go up 2 games to 1 in the best-of-7 series.

A lot of the focus around postseason baseball in recent years has been on the relief pitching that teams employ coming out of the bullpen, and for good reason. Even on this 2018 Brewers team, the bullpen is considered the surefire strength. If Milwaukee has a lead heading into the back half of a game, opponents could be in real trouble. Chacin made sure this was the case Monday night. The 30-year old, currently on his sixth MLB ballclub, struck out six while giving up just three hits over five-plus innings of work. If not for a defensive error coming with one out in the 6th inning, Chacin may have kept right on chugging along. He may not have lasted as long as his L.A. counterpart Walker Buehler, but he didn’t have to.

Ultimately, manager Craig Counsell made the decision to go to his bullpen to shut the door. That started with Corey Knebel, who struck out four of the five batters he faced across a perfect 1.2 innings. After Joakim Soria got the first out of the 8th, Counsell went to the almighty Josh Hader for the next two. He could have stuck with him to finish this game but chose to save Hader’s arm for the upcoming Games 4 and 5. Jeremy Jeffress came on to close it out and quickly worked himself into trouble in the bottom of the 9th, loading the bases with only one out. There is some concern around Jeffress as his postseason performances thus far are not up to par, evidenced in his 7.27 playoffs ERA compared to just 1.29 during the regular season. On this night, Counsell was rewarded for having faith in his flame-throwing righty. After getting Yasmani Grandal to strike out swinging, Jeffress got Brian Dozier on a called strike three to end it.

As a team, the Brewers only managed seven total hits, but they made the most of them. Milwaukee jumped out of the gates quickly in the top of the 1st inning when Christian Yelich drew a walk. He was plated on an RBI double by Ryan Braun for an early 1-0 lead. A two-out 6th inning triple by Travis Shaw would lead to the second Milwaukee run as Shaw was able to score on a Buehler wild pitch. The big blast came in the 7th inning. Following a single by Erik Kratz, Arcia connected on a 356-foot homer to right, giving the Brewers some much needed insurance heading into the final innings of the game.

The NLCS will continue with the fourth and fifth games in Los Angeles over the next two days. Game 4 is slated for Tuesday night at 9 p.m. It can be seen on FS1.