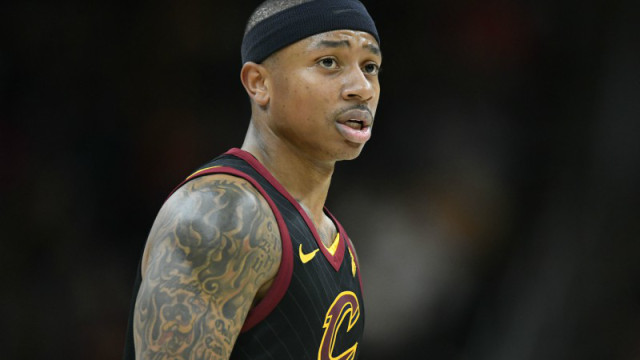 Isaiah Thomas’ stay in Cleveland was as short as his height, after news broke that the Cleveland Cavaliers traded the point guard to the Los Angeles Lakers. The full breakdown of the trade is as follows:

Of course, Isaiah Thomas was sent to Cleveland this summer in a trade that brought Kyrie Irving to Boston. It sure seems like Boston won that trade, since Kyrie is playing like an All-Star, while IT appeared in only 15 games for the Cavs, due to his hip injury. In those 15 games, he averaged 14.7 points, but Cleveland posted a disappointing record of 7-8.

Thomas heads to Los Angeles with Channing Frye, who will also add shooting to this young Lakers squad. Although, the most beneficial thing of note for the Lakers regarding these two is that they are on expiring contracts. This will open up enough space for the Lakers to add two max contracts in 2018 or 2019, so get ready for an eventful offseason in LA.

The Cavs add two young, talented players to their roster. The first being guard Jordan Clarkson, who averages 14.5 points per game on 45-percent shooting. It remains to be seen if he will move into the vacant starting position, or if he will continue with the sixth man role, which he has had success with in LA.

The second player is forward Larry Nance Jr., whose father actually had a great career in Cleveland. Nance has averaged 8.6 points and 6.8 rebounds per game in a crowded Lakers frontcourt. With Kevin Love out after suffering a broken hand, Nance will see plenty of minutes to show the city of Cleveland, and LeBron, what he can do with consistent minutes.

It will be interesting to see how these players fit with their new teams. There’s also a few more hours until the NBA Trade Deadline, so maybe these two teams aren’t finished yet!