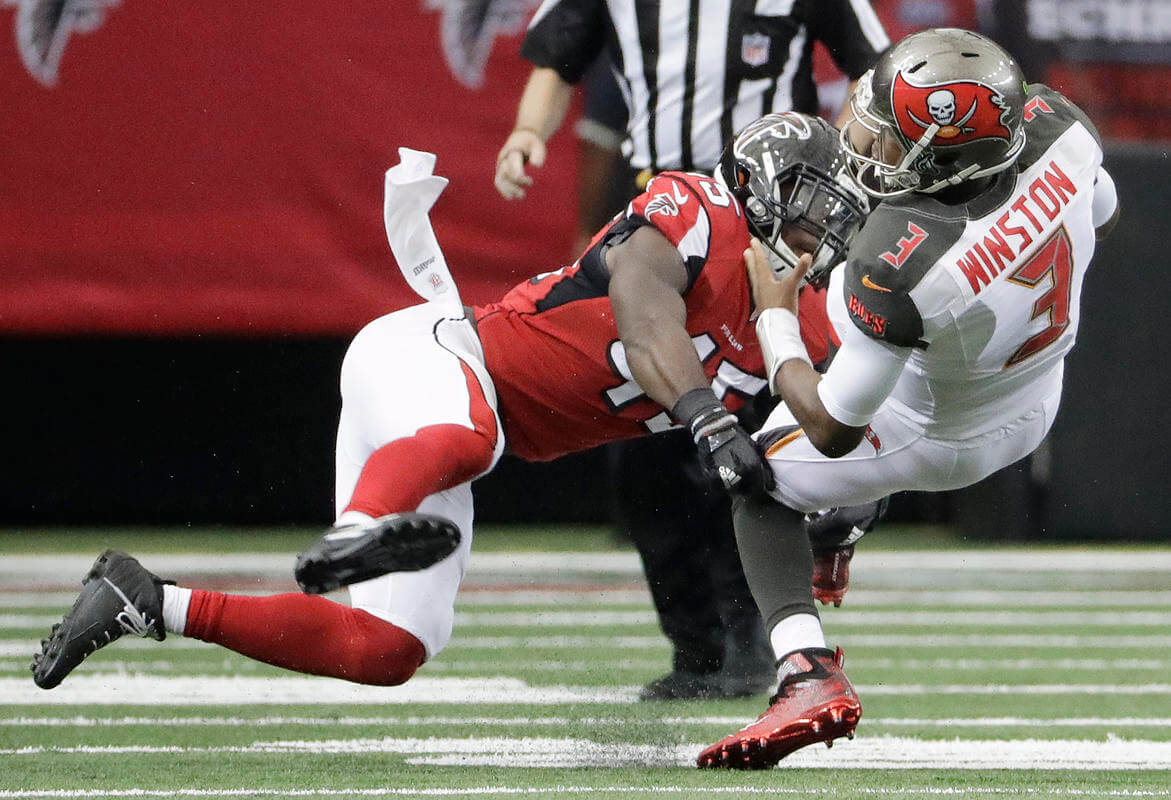 Season-long bets are always a good way to have some fun and possibly win money. It gives you a chance to have something to follow all season long and not worry about one outcome ruining your bet, but it comes with one caveat. This being that your money is tied up for an entire football season, as some of them won’t be decided until well into December. However, these are some of my favorite bets, as these offer some of the best betting values, in my opinion. Especially NFL over/under win bets.

This will be a two part series. The first being on team win totals and the second on season long player prop bets. I will list them in order of how confident I am that they will pay off in the winner’s circle by season’s end.

My favorite over/under total for the year lies with the Buccaneers. I believe the best play here is the UNDER. I will start with the fact that I believe they play in the toughest division in football. Having three other teams that are capable of making the playoffs usually leads to one team lagging pretty far behind. Second, Jameis Winston is suspended for the first three games of the year. You want to know who they play those three games to start the year? They open the year at New Orleans, home against the defending champion Philadelphia Eagles, and again at home against the Pittsburgh Steelers. I see them starting the year off 0-3 before Winston even takes the field. Do I see them finishing the year 8-5 after starting 0-3 in that division? Nope. At best, I see a 6-win team that will probably fire its head coach at some point this year. Take the under and reap your rewards.

The Jags opened the sports book with an over/under at 9.5 wins and now have been bet down to 8. That’s very little love for a team that was on the brink of a Super Bowl appearance last year. Getting to 10 wins this year could be tough with the schedule they have, but it’s definitely doable. However, they don’t have to get to 10 wins anymore with the sharp drop to 8. This bet is more or less do I see the Jags dropping to a 7-9 team this year? Most definitely not. At worst, I can see an 8-8 finish, at which point it is a push on the total. This is why I say take a chance with the OVER on the Jaguars.

I tend to stay away from teams with 9+ win totals, as it only takes a few bad bounces to not hit the number. However, the Chargers had a lot of unlucky bounces last year and I believe are due for big season. They are rock solid on both sides of the ball and the division overall is lacking high end teams. This leads me to take the OVER, as I can only see them at worst going 9-7. This is definitely a team I could see winning 11-12 games and be in the Super Bowl hunt by year’s end. (Update: Had Chargers at #2, but then Jason Verrett went down to injury, so I slotted them one lower. I would possibly wait to see if you can get it lower (8.5 maybe?), but I doubt it moves down.

The last over/under I will be doing is on the Miami Dolphins.  This is a similar situation to the Jaguars, but the opposite direction.  Do I see any way this team reaches 8 wins and gives you a loss?  I just don’t see it with this team. That is why I say take the UNDER. Other than getting to play the New York Jets and Buffalo Bills each twice this year, I don’t see much going on for this team. They lost their best wide receiver in Jarvis Landry. They also lost one of their best defensive players in Ndamukong Suh. Yes, they will get their quarterback back in Ryan Tannehill, but will that alone improve their win total by two or more from last year’s 6-win team? Doubtful. I see them as one of the bottom-dwelling teams in football, so hop on the under while it’s still at 7.

These are my top four season win total bets I have for this year. These lines are always fluid and on the move. Don’t waste any time and get signed up for MyBookie now here, and use the promo code FlurrySports!

Stay posted for the second part of the series where I go over some of my favorite player prop bets for the year. Happy money making!