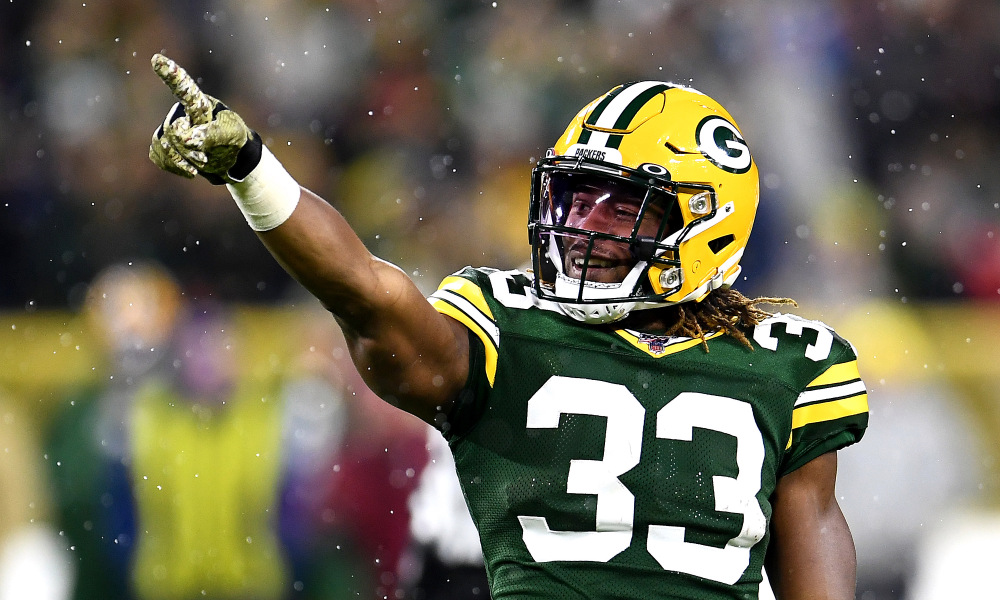 While most would say that the NFL Playoffs are a totally different animal from the regular season (and rightfully so from a stakes perspective), sometimes bettors tend to over-complicate things in the postseason. Recency bias, key injuries and, in the case of this week’s Divisional Round games specifically, the bye week all play a factor in many decisions made at the window. When it comes down to it, the best way to bet the NFL Playoffs this week or any week in my opinion is to keep it simple. In an effort to do just that, I place my trust in the numbers and my own research as I have throughout the season to give you my three best bets of the week.

With Dee Ford and Jaquiski Tart both set to return and the possibility that Kwon Alexander might be able to suit up as well on Saturday, the 49ers will be the healthiest they have been on defense since the start of the year. This is likely part of the reason why the opening game total of 45.5 has been bet down to 44 throughout the week. While it is fair to assume the 49ers may give up slightly less than the 29.4 points they have allowed over their last five games coming in, this doesn’t change the fact that the offense has steadily improved throughout the season even as the defense suffered.

Minnesota might have been able to thwart the efforts of the New Orleans Saints last week, but I see them having a much tougher go of it defensively against the Niners. Jimmy Garoppolo has been sharp, Emmanuel Sanders and Deebo Samuel have emerged as a sound one-two receiver punch, and of course the ground game is still very much a factor as well. On the Vikings side of the ball, last week had to be a confidence booster for Kirk Cousins. The offense is certainly not short on firepower with Dalvin Cook, Stefon Diggs, and Adam Thielen making plays. I see the winner of this game scoring close to 30, and the touchdown spread would imply that the loser won’t be far behind. With that said, I’ll zag where the others have zigged and bet the over 44 for this NFC Divisional showdown.

While my numbers do project an edge on the Texans at 9.5, I should start this analysis off by saying that if you have the opportunity to shop around for any lingering 10’s in the market, I strongly recommend it. The other option would be to wait and see if it goes back up closer to Sunday’s kickoff and pounce accordingly at that time. With 10 being a key number in NFL point spread betting, the significance of that half-point move cannot be understated.

Now, to the game itself. The Chiefs are fresh off the bye week that fell out of the sky to them in Week 17. They admittedly looked like a true contender down the stretch of the season, particularly the defense which comes in allowing just 10.4 points per game over the last five. We saw how the Texans offense can be hit or miss in last week’s Wild Card game against the Buffalo Bills. With that said, Houston’s defense did hold Kansas City to 24 points in a 7-point victory right at Arrowhead earlier in the year. The return of J.J. Watt cannot be understated and despite the firepower on both offenses, I think this game might be lower scoring than many think. With the news that Will Fuller may be available to help stretch the field, this makes me even more confident that Deshaun Watson can keep the final margin within single digits, even if his counterpart is Patrick Mahomes.

After their near disaster against the lowly Detroit Lions in Week 17 with a first-round bye on the line, I can see where one would question backing the Packers. But given the state of the injury-riddled Seahawks and the travel they have had to endure over the last two weeks, four points with Green Bay at home is just too short a number for me to pass up. One trend that stood out to me for this game is that the Packers are 7-1 ATS in their last eight games against teams with a winning record.

From a defensive perspective, the Packers have modeled the “bend-but-don’t-break” adage on several occasions. Despite ranking 17th in yards allowed per game, they only allowed 19.6 points per game, the ninth-fewest in the NFL. Unless Marshawn Lynch can turn back the clock, the Seahawks are relatively one dimensional due to the injuries suffered at the running back position. Russell Wilson throwing to the duo of Tyler Lockett and D.K. Metcalf is a handful, but it is easier to game plan for when there is no complementary ground game. Aaron Rodgers and the Green Bay offense haven’t always looked great this year, but against an average Seattle defense, I expect them to be just find. Look for Aaron Jones to have a monster showing as the Seahawks rank 26th in adjusted defense against the run, per Football Outsiders.