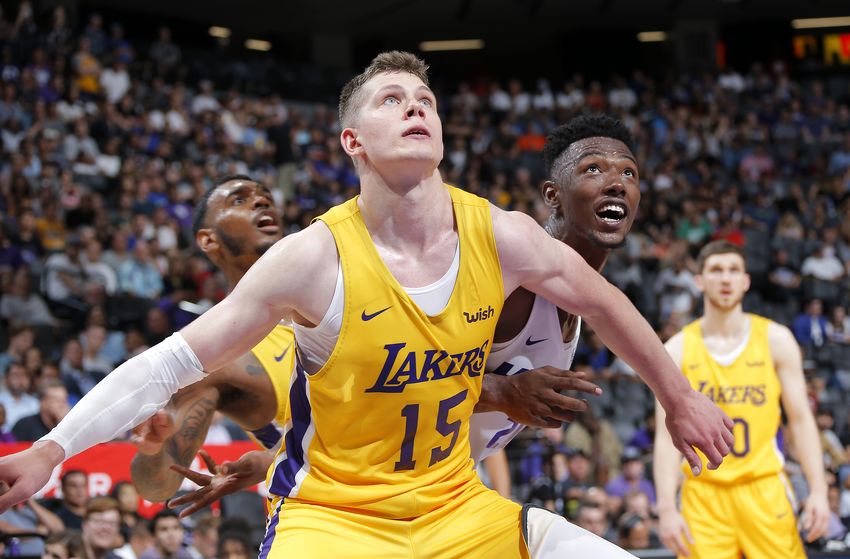 Normally, a preseason Lakers vs. Kings matchup doesn’t draw the attention of many NBA fans. However, last night featured some of the best up-and-coming prospects in the NBA, and there were some very impressive performances. Here is a breakdown of what we saw.

In theory, the second overall pick going up against the 25th overall shouldn’t be much of a contest, but Moritz Wagner held his own against Marvin Bagley III. Wagner may have shot just 6-18 from the field (2-9 from three), but he hit 9-10 free throws and finished with 23 points, which outscored Bagley III’s 18 points (6-11 shooting). Wagner also out-rebounded Bagley III 7-to-6 and out-assisted him by 1, while playing just three more minutes than the second overall pick. If Wagner can improve his shooting percentage and do it against NBA caliber players, he could be a high value pick for being selected at the 25th spot.

Bagley III was clearly the better physical specimen and made shots that solid NBA caliber players can hit as well. Before moving on, credit should be given to Harry Giles III for his steady 13 points as he attempts to recover from his partially torn right ACL.

Is Lonzo Ball Expendable for the Lakers?

As trade talks heat up between the Lakers and Spurs, it is becoming apparent that Lonzo Ball may be a guy that gets traded as a part of a package for Kawhi Leonard. Even though he was ejected for receiving two technical fouls, Josh Hart played like a solid backup point guard as he dropped 23 points on 7-15 shooting and 4-7 from three. Hart also snagged 3 rebounds and dished out 4 assists in his 32 minutes of action. Hart’s 5 turnovers are a bit of a concern, but it is only the beginning of his second season in the league and he is just 23. If Josh Hart can emerge as a solid rotation player to come in for newly acquired Rajon Rondo, he could cut into Ball’s playing time immensely.

Many believe Lonzo Ball, Kyle Kuzma, Brandon Ingram, and/or multiple draft picks may be needed to pull Kawhi from the Spurs, and with the up-and-coming talent behind Lonzo Ball, who didn’t exactly excel his rookie year, Ball may be in a new uniform come the start of the regular season.