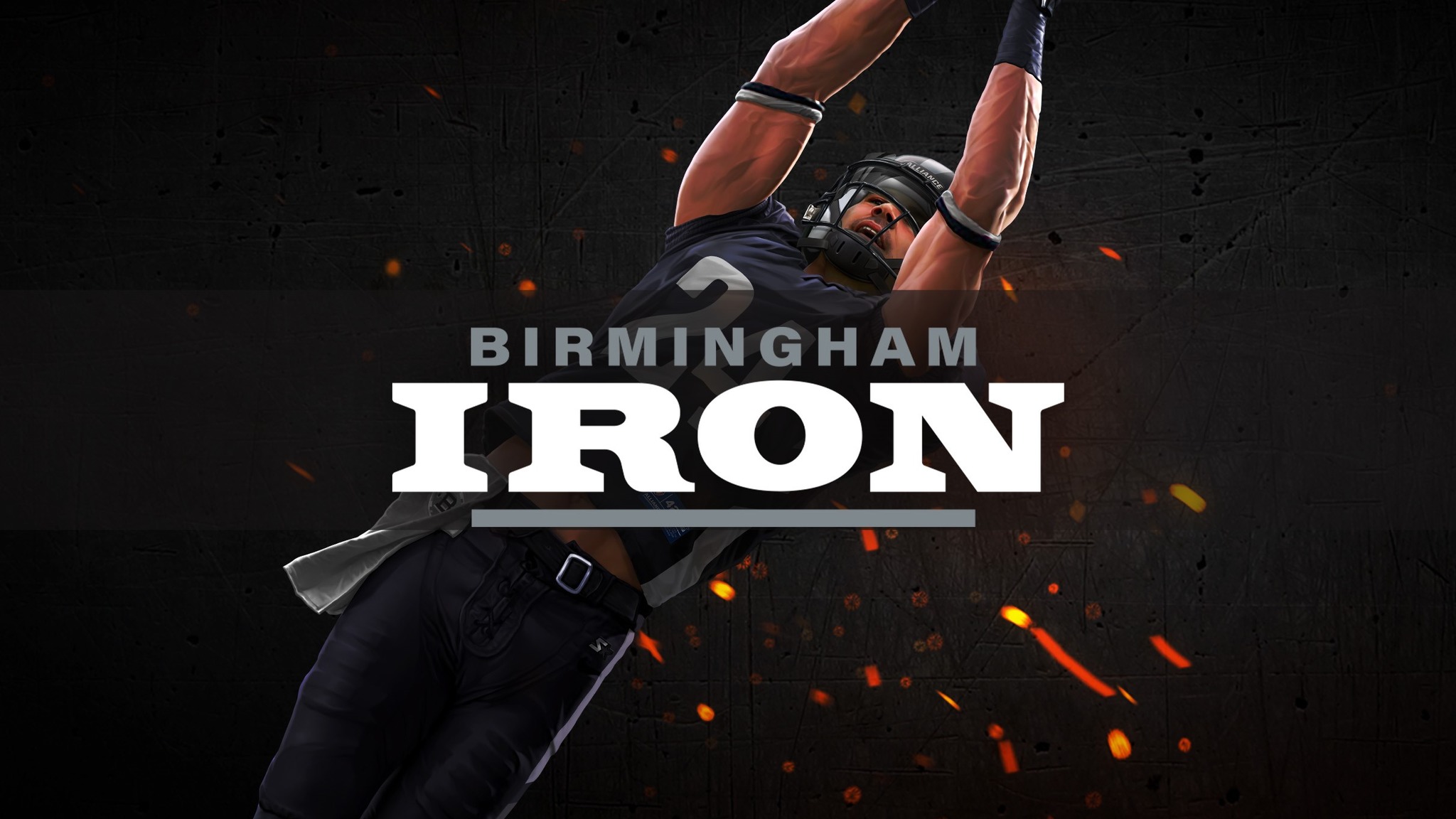 With the beginning of an entirely new football league, there is a lot to learn about the teams. This series of articles will give a preview of all eight teams in the AAF, so you are able to pick the team you will cheer for this season. In this specific article, I will be breaking down the Birmingham Iron.

“We are the Birmingham Iron,” head coach Tim Lewis said when announcing the team’s name. “We picked that name because the name pays tribute to the hard-working, blue-collar steelworkers who provided the iron that fueled the Industrial Revolution. This great city of Birmingham is tough, hard-working, passionate, dependable — all attributes that our team will uphold both on and off the field. When they see how we play the game, I’m confident they will love our team. They will love the Iron.”

The Iron will call Legion Field in Birmingham their home. Like the other teams in the AAF, the Iron control player rights from over 13 colleges and pro teams. They have the player rights to these colleges:

Coach Lewis isn’t the biggest coaching name in the AAF, but he will bring experience and toughness to the team that is looking to represent just that. As a player, Tim Lewis was a first-round draft pick to the Green Bay Packers back in 1983. He was a hard-hitting, ball-hawking cornerback for the Green and Gold before a severe neck injury ended his playing career. Immediately after, Lewis became a graduate assistant with Texas A&M and has been coaching since. He was a defensive coordinator for the Pittsburgh Steelers (2000-03) and New York Giants (2004-06), then a secondary coach for many other NFL teams.

Justin Tuck, an AAF investor, played for Lewis in New York when Lewis was the Giants defensive coordinator. He expects Lewis to run a tight ship. “Coach Lewis is a committed guy,” Tuck said. “A no-nonsense guy; a guy that’s a teacher. Someone who is more than X’s and O’s. Obviously, he knows the game of football very well. But he also knows how to be an example for those players he’s commanding. He’s going to be committed to making sure that they understand that they are going to do things right, not only on the field, but off the field. He’s a family man. A man who is going to be committed to the community. We (the AAF) are lucky to have him.”

The former first-round NFL pick is most known for being a bust, but he is also the biggest name in the AAF. Richardson had a solid rookie season with the Cleveland Browns, in which he totaled over 1,300 yards and 12 touchdowns. He would play just two more games for the Browns before being traded to Indianapolis. There, he continued to struggle to find success on the ground, but was able to find space catching the ball out of the backfield. He spent some time on the practice squads of a couple other NFL rosters and spent a year in the CFL. The purpose of the AAF is to give players like Richardson another chance to prove he can play in the league, and many scouts will be watching to see if he can do just that. It remains to be seen if the Iron will give Richardson a fullback to run behind or not, but he will need to prove he can make defenders miss either way.

Arguably the most interesting player in the entire league is Luis Perez. If you haven’t heard his name before, you’re not alone, but let me help you catch up. Perez played a couple seasons at Southwestern College before transferring to Texas A&M-Commerce in 2015. He would redshirt that season, then start the two years after. In his senior season, he completed over 70% of his passes for 4,999 yards, 46 touchdowns, and 11 interceptions. He would win the Harlon Hill Trophy as the NCAA Division II’s best player. Perez went undrafted, but spent time on the Rams’ practice squad earlier this season. At just 24 years old, this is his chance he can perform against tougher competition.

The South Carolina product was a fourth-round pick by the Detroit Lions back in 2013. While never being a true impact player, Taylor did play 61 games for the Lions over four seasons, including starting all 16 games during the 2016 season. His biggest impact in the league may have been his face mask penalty on Aaron Rodgers, which set up the Hail Mary the following play. Despite not racking up a ton of tackles or sacks, Taylor does have plenty of NFL experience, and he will bring this experience to the tough Birmingham defensive line.

One of the most successful kickers in the AAF is Nick Novak. Out of the University of Maryland, Novak entered the league back in 2005. He has had his share of consistency issues, kicking an 82% field goal average on 222 attempts, but it’s been 85% since 2011, which was the season he set his 53-yard long. He will bring plenty of experience to this squad.

ICYMI: Our Inaugural Season schedule is here! Which games will we see you at?#ForgeOn ⚒🔥 pic.twitter.com/rpenfsEerR