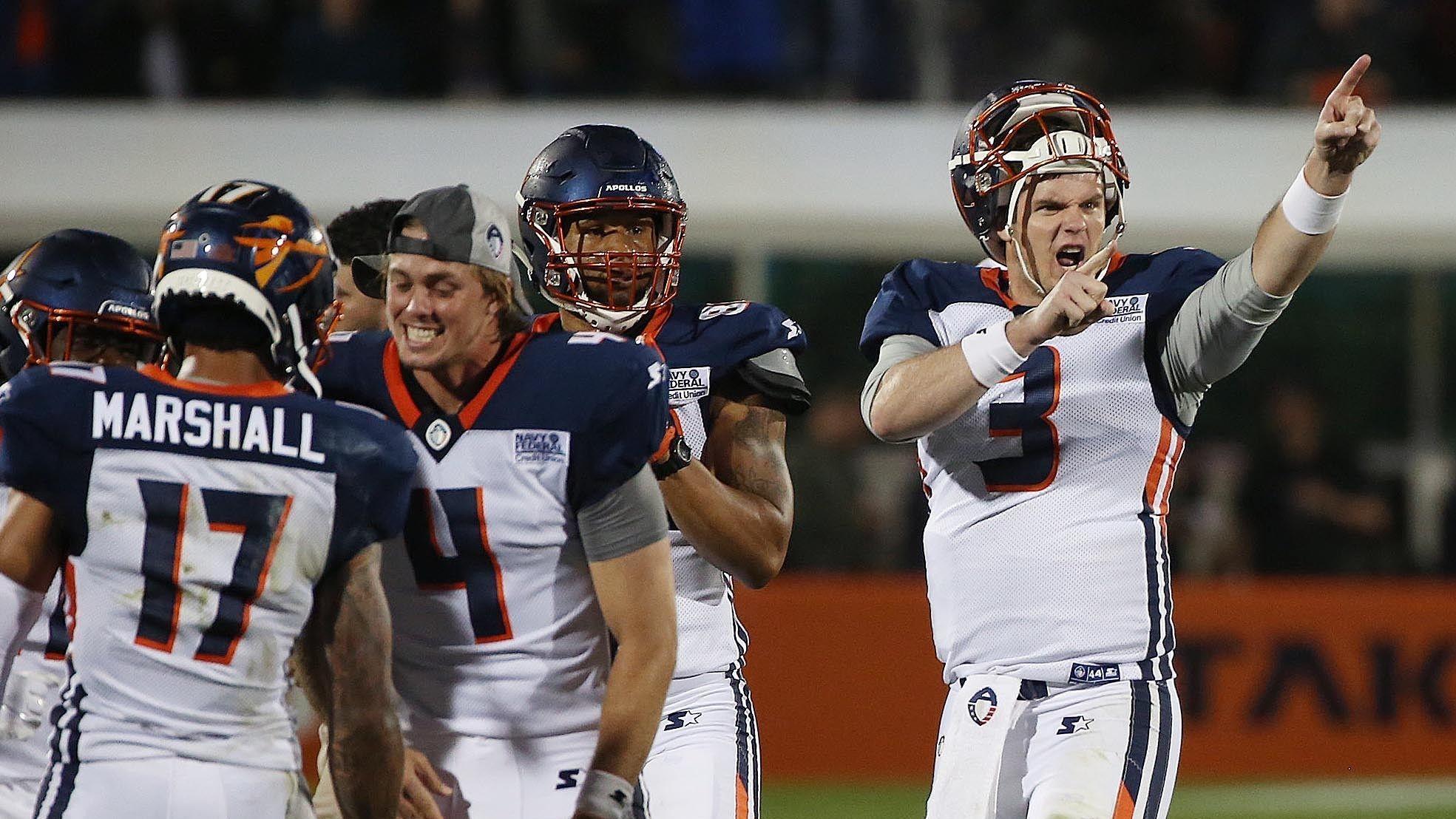 Five games into the inaugural AAF season, we can see who the contenders and pretenders are from both a player and team perspective. Led by Garrett Gilbert, the Orlando Apollos remain the only unbeaten team, while the rest of the teams have at least one win. There were some big performances in Week 5. Let’s see how they affected the AAF stat leaders heading into the sixth week.

It’s just another week for Garrett Gilbert, the AAF’s leading passer. The Apollos got another win, he put together a solid passing performance, and Gilbert still has not thrown an interception. However, it was Salt Lake’s Josh Woodrum who highlighted week 5. The Stallions quarterback passed for 380 yards and 3 touchdowns against the Fleet.

Kenneth Farrow took over the top rushing spot in the league, despite only gaining 25 yards on the ground this past week. Trent Richardson extended his touchdown total, proving he is a great short yardage option for the Iron.

The top rushing performance of the week came from the Apollos’ De’Veon Smith, who had a 119-yard performance. This big rushing day has Smith ranked just behind his teammate D’Ernest Johnson, who had a big day catching the ball out of the backfield.

The league’s best quarterback continues to benefit from having Charles Johnson on his team. Johnson put together a six-catch, 83-yard day, while also scoring a touchdown. Down in Arizona, Rashad Ross added another touchdown to his total.