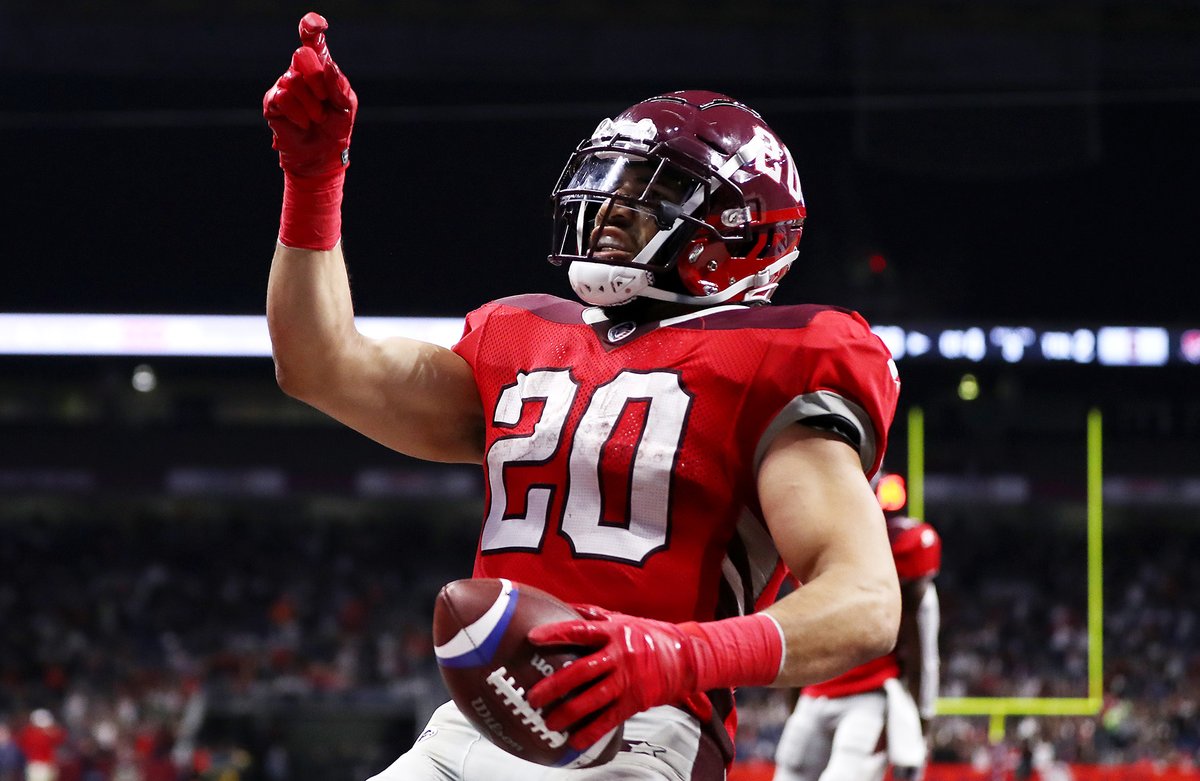 Four games into the inaugural AAF season, we can see who the contenders and pretenders are from both a player and team perspective. Led by Garrett Gilbert, the Orlando Apollos are now the only unbeaten team, while the bottom of the standings is now less gloomy, with every team having at least one win. There were some big performances in Week 4. Let’s see how they affected the AAF stat leaders heading into the fifth week.

The first 1,000-yard passer of the season is the Apollos’ Garrett Gilbert, who continues to prove he deserves to be on an NFL roster. He’s also the only four-game starter without an interception, and he adds another 69 rushing/receiving yards and two touchdowns.

The other quarterback on this list without an interception is the Express’ Zach Mettenberger, who started his first game after taking over for Hackenberg the previous week. He has given Memphis great efficiency at quarterback, with his NFL experience shining through.

The AAF rushing leader continues to be the Fleet’s Ja’Quan Gardner, though this past week’s performance didn’t help him extend his lead. He gained just six yards on the ground on nine attempts. Aside from his rushing totals, he also has seven catches for 58 yards this season for San Diego.

Week 4’s rushing leader was the talented Ja’Quan Gardner, running for 142 yards for the Commanders. The touchdown leader continues to be Trent Richardson, and he also continues to struggle with efficiency. However, he is catching the ball well. Richardson has 15 catches for 105 yards for the Iron this season.

The league’s best quarterback continues to benefit from having Charles Johnson on his team. Johnson put together another 100-yard performance in Week 4, catching nine passes for 105 yards.

Down in Arizona, Rashad Ross is proving you don’t need to be a big-bodied receiver to lead the league in touchdowns. The six-foot, 179-pound Arizona State product added another one to his total this past week, along with four catches for 74 yards.