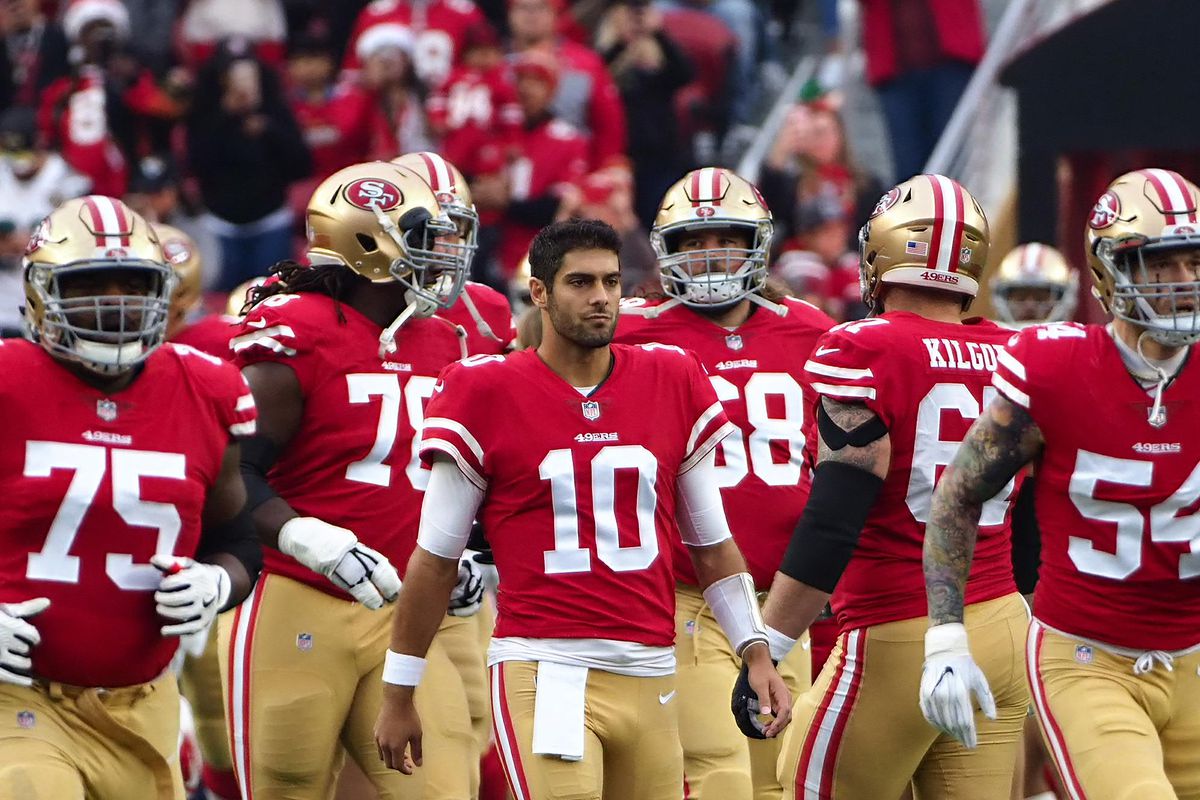 Days Until Football is a series in which I preview every NFL team, one a day at a time until the NFL season starts on September 6th. It will preview offense, defense, and give a prediction for the team’s record. Also, I will list a fantasy star and sleeper. Here is the San Francisco 49ers preview.

Last year, the 49ers started off as a disaster, but things got better when they acquired Jimmy Garoppolo at the deadline. Garoppolo went 5-0 in his starts and the 49ers finished 6-10, last in the NFC West.

Marquise Goodwin emerged as the top receiver for the 49ers after the Garoppolo trade. Goodwin obtained career highs in catches and yards, and he averaged nearly 20 yards per reception. Pierre Garcon missed the last half of the season with a neck injury. He picked up over 1,000 yards two years ago and was on pace to do it last season. Trent Taylor had 43 catches last year and will be starting in the slot. Second round pick Dante Pettis could also make an impact in his rookie season. Garrett Celek and George Kittle is a good 1-2 punch at tight end. The pair combined for 815 yards last season. When Carlos Hyde walked in free agency, the 49ers signed former Viking Jerick McKinnon. Unfortunately, news broke today that McKinnon suffered a torn ACL, ending his season before it even began. As of now, Alfred Morris and Matt Breida are expected to share snaps in the backfield, though it would not be surprising to see another body brought in.

The 49ers signed longtime rival Richard Sherman, but his effectiveness is unknown. Jimmie Ward has transitioned between safety and corner but would start at corner if Sherman were to be out. The 49ers moved on from Eric Reid, so this opens the door for Adrian Colbert and Jaquiski Tartt to start. San Francisco has tried to upgrade their defensive line in the draft, but that has not really worked. Arik Armstead, Deforest Buckner, and Solomon Thomas have either been injured or not producing like they should be. Reuben Foster has the talent to be a star linebacker, but off-field problems have slowed his career down. Former Seahawk Brock Coyle and Malcolm Smith will start at linebacker along with Eli Harold.

I think the 49ers will go 8-8, second in the NFC West. Jimmy Garoppolo is a franchise quarterback, but he does not have much around him. Jerick McKinnon going down hurts and the wide receiving corps is not deep. The defense is shaky even if Richard Sherman is healthy. The front seven is not good and the secondary is not strong. The games against the Cardinals and Seahawks should be wins, but the two games against the Rams will be tough.