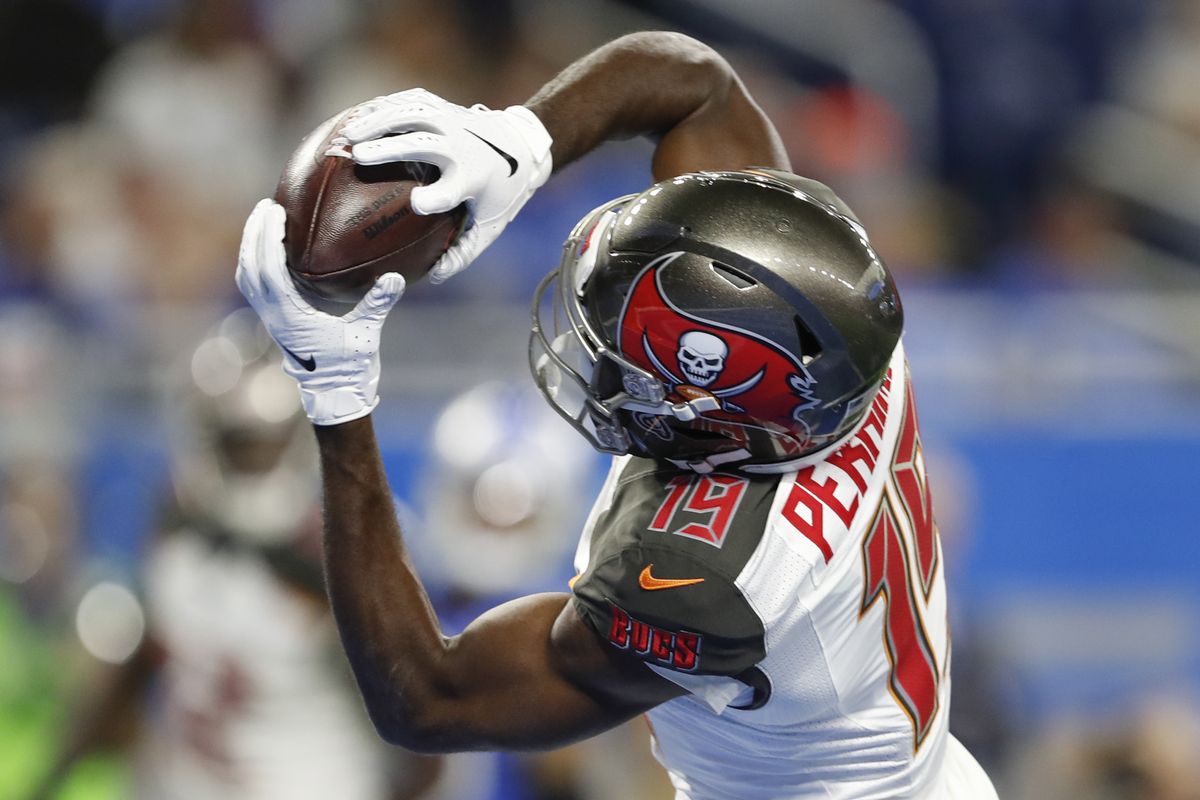 Week 16 is finally here! If you have managed to remain relevant in your fantasy leagues still, congratulations, because you’re likely playing for your league’s championship. If you’re out of the running and you’re simply kicking yourself because you did not read enough my work and now you’re hoping to soak up slightest ounce of fantasy knowledge in preparation to live up to the fantasy owner I know you can be, I do not blame you.

In all seriousness, congrats on making your championship if you’re there and, if you’re not, this article can still be beneficial for DFS, as the lower owned guys are probably value options on your daily fantasy site.

These are three of my favorite lower-owned streaming WR options this week in PPR scoring. If you are in need of a boost to your lineup this week, I think you can consider these three, or you can pick them up if your opponent’s team would benefit by adding them.

If you are unsure where these three rank in relation to your current roster, you can consult my Week 16 fantasy rankings, which will be updated throughout the week.

Breshad Perriman was a terrific streaming option last week and won a lot of fantasy owners their matchups, myself included. However, too many people missed the memo, and now everyone will be rushing to Perriman following his 100-yard, three-touchdown performance. Also, Chris Godwin went down injured, meaning Tampa has lost their top two WRs, and weapons, over the past two weeks.

While Tampa lost 54.2 percent of their receiving production over the past two weeks, it does not mean they will shy away from the pass, especially in this matchup. The Texans have allowed the second-most fantasy points to QBs over the past five weeks, due to the 12 allowed passing touchdowns and 256 passing yards per game. We know Jameis Winston is going to sling the ball, and Perriman is now the de facto top receiving weapon.

Dionte Johnson has emerged as a solid receiver this season and he has benefited from the QB switch to “Duck” Hodges, as has the entire Steelers offense. Johnson has totaled five-plus receptions and 65+ yards in back-to-back games. He also added a receiving touchdown and a special teams touchdown in these games. This week, he gets to face a Jets team that ranks first against the run, but has struggled to stop teams through the air this season. They have allowed the 10th-most fantasy points in PPR to WRs this season, and it’s obvious Pittsburgh must pass if they want to move the ball on the Jets.

With JuJu Smith-Schuster questionable to return this week, Johnson’s snaps are safer than James Washington’s, since JuJu would be stealing nearly all of Washington’s snaps in the slot. However, if JuJu is inactive, both become viable streamers, and I would actually lean Washington over Johnson.

While the Falcons performed well last week against the 49ers, this is not a great secondary, and they are even worst without Desmond Trufant in the lineup. In a game where the Jaguars really struggled moving the ball for most of it, Chris Conley had a terrific day. He turned a team-high eight targets into four receptions for 49 yards and two touchdowns.

Conley has totaled 49+ yards in four of his past five games, seeing at least eight targets in three of them. With the Falcons being surprisingly solid against the run (allowing just 4.1 yards per carry) and the Jaguars struggling on defense, Jacksonville should have to pass the ball, and Conley has been one of the main beneficiaries of this over the second half of the season.