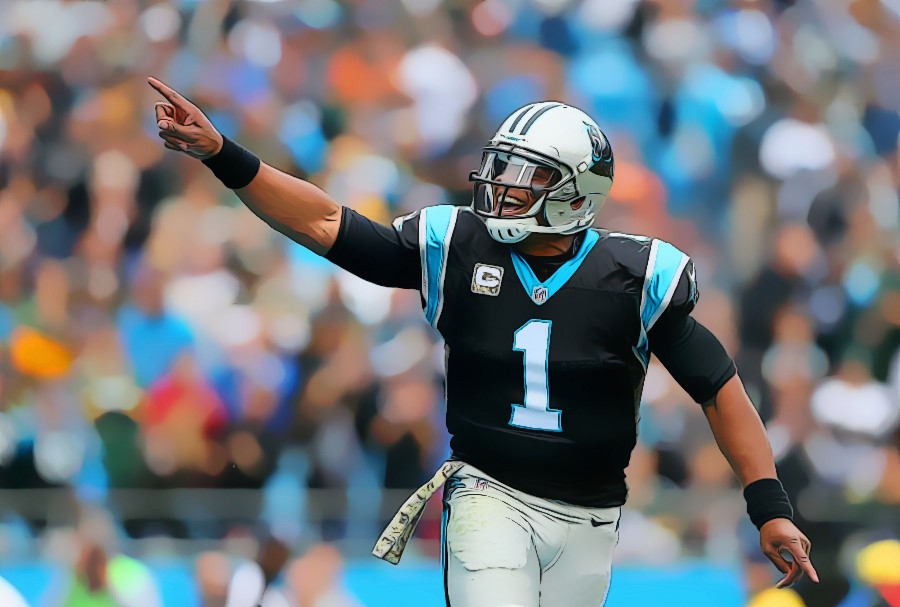 Days Until Football is a series in which I preview every NFL team, one a day at a time until the NFL season starts on September 6th. It will preview offense, defense, and give a prediction for the team’s record. Also, I will list a fantasy star and sleeper. To continue things, this is the Carolina Panthers preview.

Last year, the Panthers exceeded expectations. After a mediocre 2016, the Panthers rebounded and won 11 games to get a Wild Card. Cam Newton had a pretty good yea and rookie Christian McCaffrey showed promise. The defense was great, ranking seventh in total yards.

Jonathan Stewart and Christian McCaffrey were a pretty good duo, but now McCaffery is expected to be the RB1 with Stewart in the big apple. Coming in to replace Stewart is the former Bronco, C.J. Anderson. Devin Funchess was good last year, as his 840 yards were the most in his three-year career. He continues to improve as he learns and becomes more comfortable with his position. Other than that, the Panthers receiving core has a lot of question marks. Torrey Smith is okay and rookie DJ Moore is good, but should not be on top of the depth chart. Greg Olsen is coming off an injury last year, but he has been one of the best tight ends in the league for his entire career, and I expect that to continue. Overall, the receiving group should at least be better than a season ago.

As mentioned, the Panthers defense was great last year. They ranked seventh in yards per game, third in rushing yards, and eleventh in points per game. Even though the Panthers defense was great, the only real star is Luke Kuechly. The rest of their front seven consists of Shaq Green-Thompson, Dontari Poe, and Julius Peppers. They also have Thomas Davis, who works well with Kuechly and Kawann Short, who is good, but not elite. The secondary is solid, as James Bradberry came out of nowhere last year. Other than that, Seymour, Adams and Searcy are nothing special. Also, the loss of Kurt Coleman will be a big loss for Carolina.

I think the Panthers will go 9-7 and finish third in the NFC South. Cam Newton seems to be unpredictable every year, and the receiving core is mediocre. I do not think the defense will be as good as they were last year because the secondary is shaky. Also, the NFC South is a very hard division. The Saints and Falcons made the playoffs last year, and I believe that the Falcons will take a step forward to win the NFC South. Drew Brees is a top-3 quarterback, and they have a great team around him for the first time in years. The Buccaneers are not very good, but if Winston can figure it out, they will be tough.

Why Each AFC South Fanbase Should be Excited