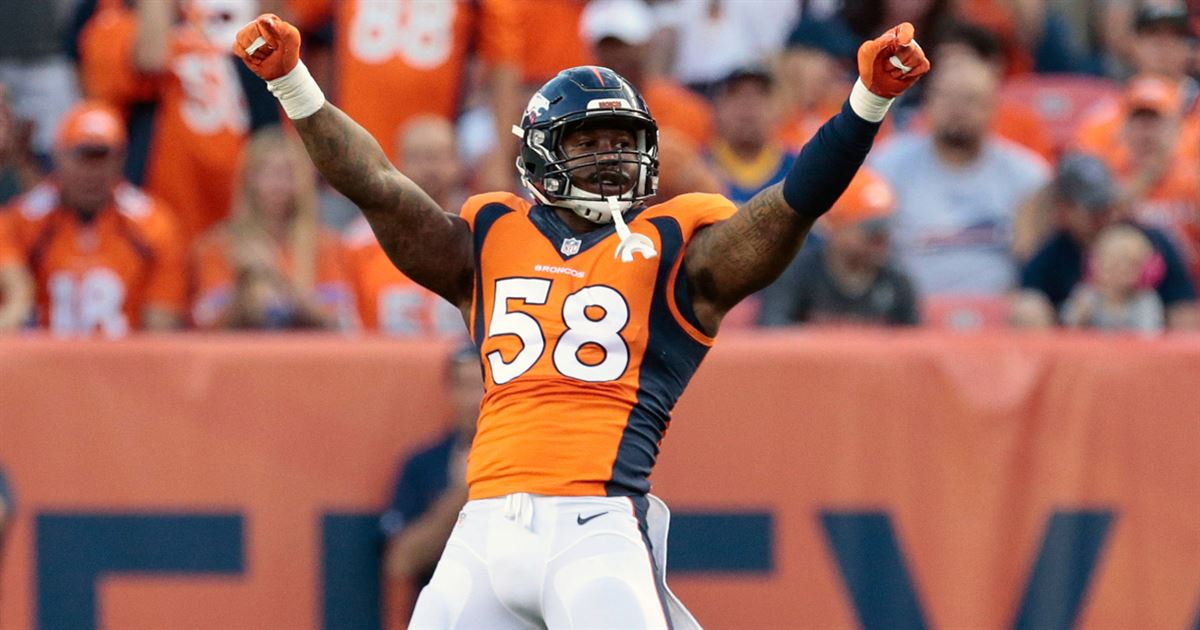 Days Until Football is a series in which I preview every NFL team, one a day at a time until the NFL season starts on September 6th. It will preview offense, defense, and give a prediction for the team’s record. Also, I will list a fantasy star and sleeper. Here is the Denver Broncos preview.

Last year, the Broncos were a letdown. Ever since their super bowl victory in 2015, they have gotten worse every season. They went 5-11 last year thanks to a lackluster offense and regressing defense. Over the offseason, their main move was signing former Vikings quarterback Case Keenum.

The Broncos did a lot over the offseason to improve their offense. They signed Case Keenum, and drafted wide receiver Courtland Sutton in the second round and running back Royce Freeman in the third round. The Broncos receiving corps is solid, with Demaryius Thomas and Emmanuel Sanders being the 1-2 punch, as they have been for years. The running back corps is mediocre, but they are hoping rookie Royce Freeman can change that. In hopes to solidify the unit up front, Denver also brought in tackle Jared Veldheer, who spent his first four seasons with the Raiders and his previous four years with the Cardinals.

Case Keenum had a career year last year, but before that, he was a journeyman backup. The biggest question with Denver is whether or not Keenum can repeat his performance from last year. If he proves last season wasn’t a fluke, we could see the Broncos competing for the division lead yet again.

The front four for the Broncos is great. It is highlighted by left end Derrick Wolfe and of course fifth overall pick Bradley Chubb. The upside for Chubb is endless, but he will need to be stronger against the run than he was in his preseason debut. The linebacking corps is also great, highlighted by Von Miller, who has regressed since 2015, and Brandon Marshall. However, the secondary is the worst position grouping on defense. Chris Harris is still a stud, but Bradley Roby is only decent. Justin Simmons and Darian Stewart are the safety duo. They’re better than their name value, but it is still down from where they were a couple years ago under Wade Phillips.

I think the Broncos will go 7-9, third in the AFC West. I do not think Case Keenum can do what he did last year, and the running backs will be mediocre. The defense still has a lot of talent, but has gotten worse every year since Super Bowl 50. Denver also plays in a pretty tough division. The Chiefs won it last year, the Chargers are Super Bowl contenders if they stay healthy, and the Raiders will play smash mouth football under new/old coach Jon Gruden.