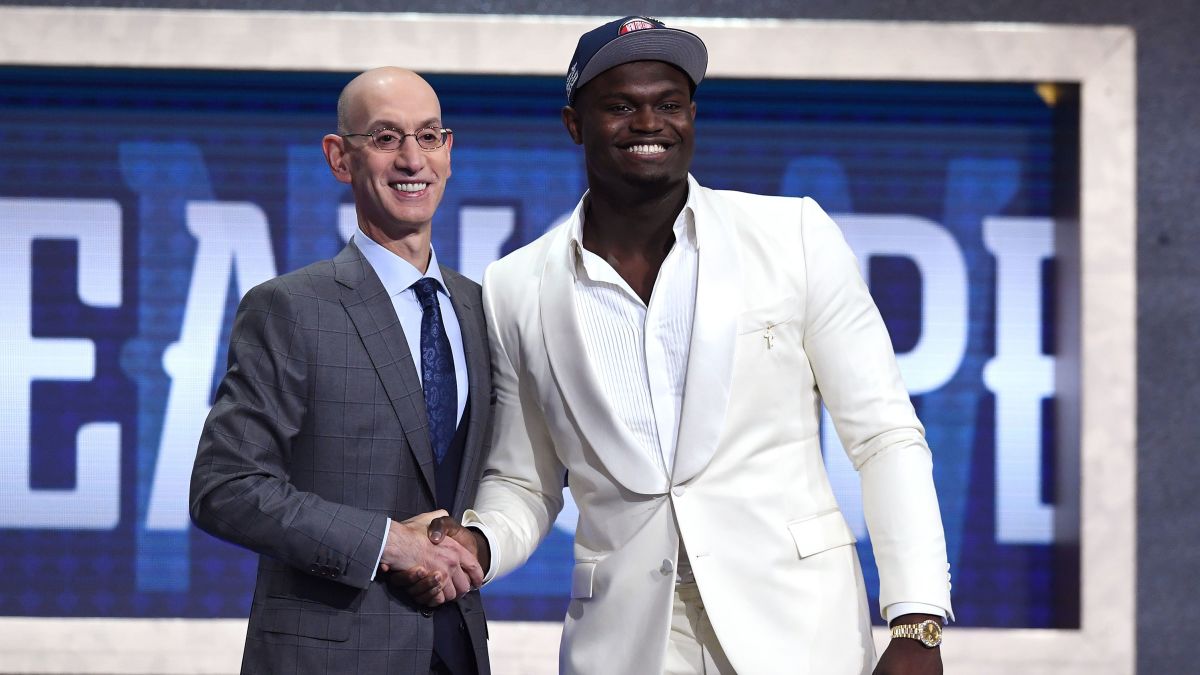 Here are the NBA Draft grades for every team in the Western Conference.

The Mavericks seemingly panicked with the 37th overall pick and traded down to the 45th. Roby can play the small or power forward position at 6-8, which makes him an interesting prospect.

Like the Mavericks, the Nuggets had a pretty quiet draft. Bol Bol was a great example of a player to take in the second round; a high ceiling, but high risk player that already plays a position the Nuggets have locked down with Nikola Jokic. Bol Bol is actually the second player in the last two drafts the Nuggets have drafted solely based on the premise of “what if he is healthy?”

The Warriors didn’t have much to work with, but they made some pretty good selections. With the health and/or future homes of Kevin Durant and Klay Thompson still unknown, the Warriors draft a sharpshooter in Poole, a draft-n-stash with Smailagic and project at the power forward position with Paschall.

The Rockets have been a team equipped to make a Finals run for many years. By not paying for any draft picks, they can focus on trying to run it back or by moving Chris Paul (if the rumors about him and Harden are even true).

The Clippers get a B- for drafting two players from the same university. Both Kagengle and Mann played at Florida State. The Clippers are likely trying to sign a max free agent, such as Kawhi Leonard, to make a title run. Therefore, the Clippers accomplished two things at once: built depth and team chemistry, with just two picks.

At this point, the Lakers need as much cap space as possible to sign another max free agent to construct the NBA’s next “big three.” Horton-Tucker likely won’t see the court, but he is cheap and can take up a roster spot.

The Timberwolves paid a pretty penny to get the number six after attempting to move to fourth overall. Even if they didn’t get “their guy” Jarrett Culver is still an amazing player to walk away from the draft with. Nowell will likely have to compete for a roster spot, but he fills a position of need if Derrick Rose leaves.

The Pelicans won this draft hands down. Obviously, Zion is a great player, but that selection was expected. What was not expected was the Pelicans to swap the fourth overall pick with the Hawks for picks 8, 17 and 35 overall AND got rid of Solomon Hill’s $12.7 million contract. Jaxson Hayes is the best center in the draft and has drawn comparisons to Jarrett Allen, for his shot blocking ability. As for Alexander-Walker, he gets buckets in a multitude of ways. The Pelicans won the Anthony Davis trade and the NBA Draft, and I wouldn’t be surprised if they sneak into the playoffs.

Once the draft moves outside of the lottery, there are a lot of intriguing selections made, and Bazley might be the most eyebrow raising. A former five-star recruit for Syracuse, Bazley took the year off from school and then applied for the NBA Draft. The Thunder can’t make too many major moves (unless they make trades), so Bazely is a low-risk and high-reward player if he lives up to his once glowing potential.

Not only did the Phoenix Suns trade out of drafting Jarrett Culver, but they reached with both of their selections in this draft. Cameron Johnson is intriguing as a 6’8″ guard, but is he also 23 years old and played five years of college basketball, meaning he may not have much more growth as a player. Ty Jerome is a first round flier, I get it, but with Keldon Johnson and Kevin Porter Jr. still available, Jerome doesn’t make a lot of sense outside of the position he plays.

With their lone pick in the draft, the Blazers selected the best player available at a position they needed to fill. The Blazers are hopeful that Little can begin to replace players like Al-Farouq Aminu and/or Maurice Harkless should they depart via free agency.

The Kings receive a C- simply because of the nature of the position of the picks they had to select from. I am not sure why the Kings drafted three guards despite already having three good young guards in Fox, Ferrell and Hield, but, again, the 40th, 55th and 60th picks are just to fill summer league spots. Maybe one will work out?

The Spurs are in an unfamiliar place because of their rebuilding situation. But, of course, they still draft two guys who look like the names 2K would auto-generate. In all seriousness, I really like Keldon Johnson and his ball-handling skills at 6’6″. The Spurs will run it back, excluding Rudy Gay, so even though they are in decline in the win-loss column, maintaining the status quo until Aldridge and DeRozan leave is the right move.

While the selections the Jazz made aren’t noteworthy, they still get a B- because they were able to turn the 23rd overall pick, Grayson Allen, Kyle Korver and Jae Crowder into Mike Conley from the Grizzlies. The Jazz finally have the point guard to pair alongside Donovan Mitchell and Rudy Gobert to make a splash in the playoffs this year.