2018 WWE Superstar Shake-up: Who Got The Best Deal? 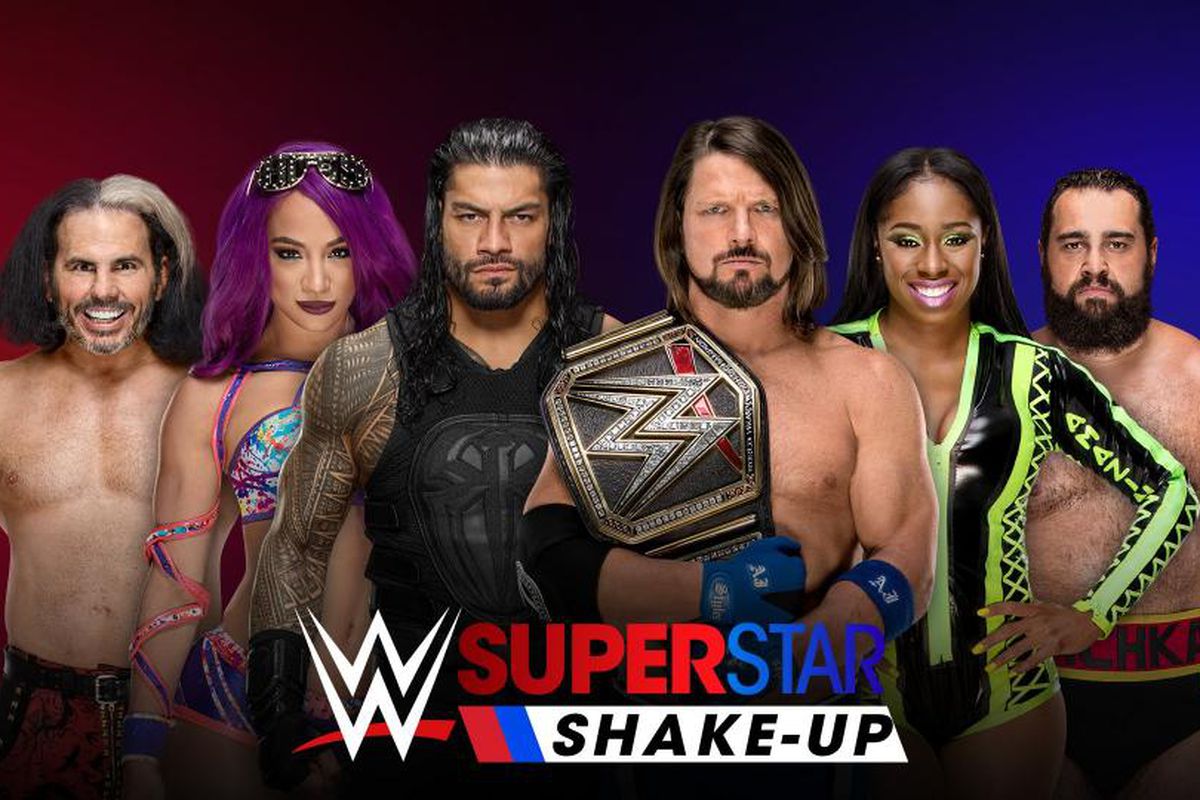 The 2018 edition of WWE Superstar Shake-up has been concluded. Both RAW and SmackDown Live (from this onward will be called “SDL”) have drafted a fair amount of Superstars to refresh their current roster. But who got the best deal of this event? We’re going to break it down for you from the lower card scene, tag team scene, and the main eventer for both brands.

The acquisition of Zack Ryder, Mojo Rawley, and Mike Kanellis surely will strengthen the lower card of RAW that has been lacking lately. These three guys were barely touched in SDL, with only Mojo Rawley that has given a little bit of persona. In the women’s scene, The Riott Squad will add depth to the roster, with what Liv Morgan and Sarah Logan have been doing in SDL. Chad Gable can also be classified here, but can be also called into contention of the IC Title scene if needed. Overall, RAW really hit the right note for the lower card scene.

Breezango is the most interesting acquisition for the tag team division of RAW. Although they currently will not be in contention for the title, as the title more or less will be contested by the likes of Woken Matt and Wyatt, Authors of Pain, and most likely Zayn and Owens. The Ascension right now is just comic relief and will not be different in the near future in our opinion. The Ascension will be a nice glorified jobber to rising tag team nonetheless. Not too bad, but could be better for the tag team division.

RAW’s main event scene has been struck by heavy blow with the loss of The Miz, Asuka, Samoa Joe, and Jeff hardy. Even though they are reinforced by the likes of Sami Zayn, Kevin Owens, Drew McIntyre, Jinder Mahal, Dolph Ziggler and Baron Corbin, they still aren’t on the same level of The Miz and Samoa Joe. Some will argue with the arrival of Bobby Lashley, and to some extent Ember Moon, will close the gap that was left from Joe and Asuka, but both don’t have the charisma that Joe and Asuka have. Nevertheless, they still have a strong main event scene with the likes of Reigns, Balor, The Intercontinental Champion Seth Rollins, Nia Jax and Braun Strowman.

R-Truth and to some extent Absolution can be classified here. They aren’t going to be nearing any title contention soon. SDL already has a solid lower card, with Tye Dillinger, Sin Cara, Aiden English and Rusev (Technically, he’s not in any title contention although it can potentially changed), and Shelton Benjamin. The acquisition will add nothing to the table. Basically it’s purpose is to fill the loss of some superstars that can be easily replaced. Not the best move by SDL, but it can’t be helped.

This is where SDL strikes gold. They acquired The Bar, The Club and Sanity. These acquisitions will further bolster their already strong tag team division. The question is, how can they fit all these talents in one scene? Nonetheless, A++ for SDL. Enough said.

If the tag team division is where SDL strikes gold, then the main event is where the diamond is. They acquired The Miz, Samoa Joe, and Asuka, who are arguably the three most charismatic superstars in the WWE today. Combine it with the likes of Jeff Hardy, who just arrived with The United States Championship, AJ Styles The WWE Champion, Charlotte, Becky Lynch, Shinsuke Nakamura and Daniel Bryan, whose feud with The Miz still isn’t done yet. And lastly, the most anticipated debut of Andrade “Cien” Almas. Almas with his manager Zelina Vega has proven to be a capable ring master and charismatic persona. El Idolo will certainly able to establish himself to SDL’s audience. A+++

SmackDown Live’s draft is no doubt the better one, even with less names listed. They manage to repair their main event scene with the acquisition of top stars. Furthermore, the return of Daniel Bryan to in-ring performing plays a great dynamic to the main event. And with the likes of Almas, Miz and Asuka, this year can be a stellar one for SmackDown Live.