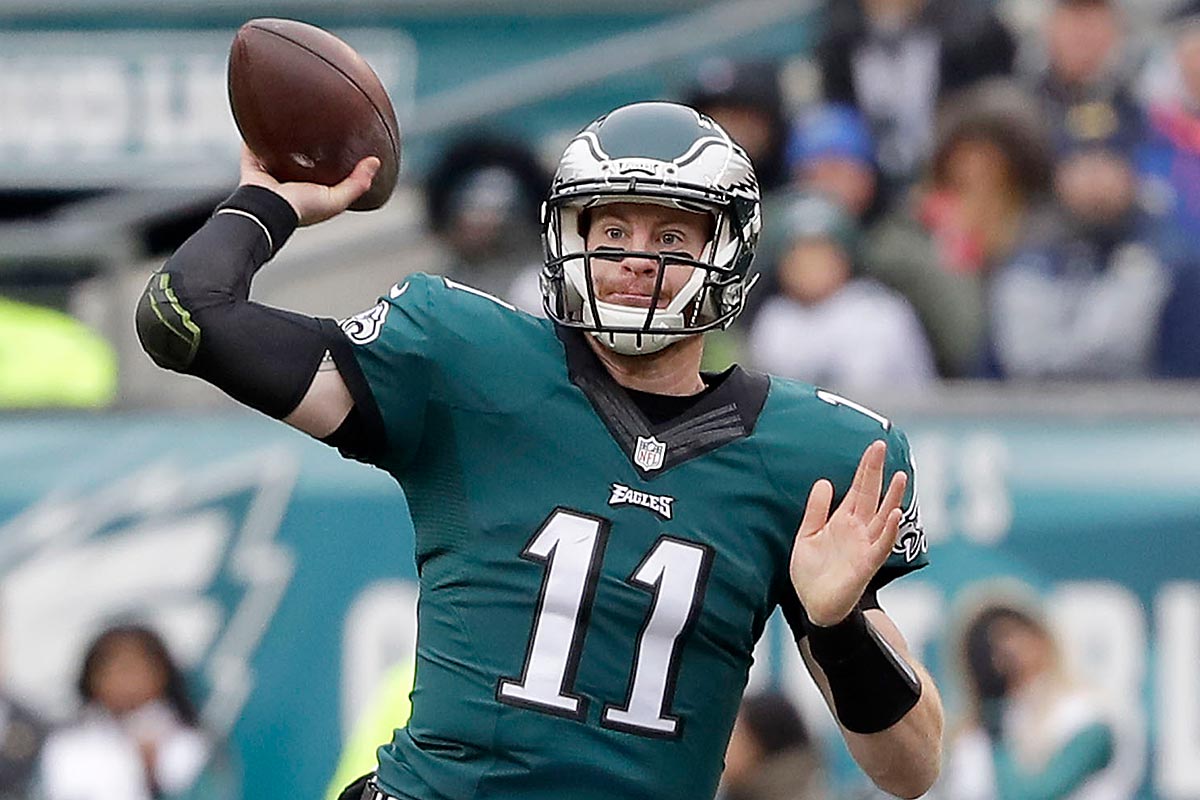 With the first eight weeks of the NFL season in the books, let’s take a look at some of our midseason awards.

It’s pretty crazy to think that Carson Wentz is in the discussion for MVP after a modest 2016 campaign, but through the first half of the 2017 season, he has done nothing but impress. Wentz has led the Eagles to a 7-1 record thus far, marking their best start to a season since 2004, the year they reached the Super Bowl. The Eagles young phenom currently leads the NFL with 19 touchdowns and has recorded the third-most passing yards, trailing only Tom Brady and Alex Smith. With such success from Wentz this season, it is not out of the realm of possibilities for him to lead this team to their first Super Bowl appearance in the last 13 years.

Rookie of the Year: Deshaun Watson

It is extremely unfortunate that by the end of the year, Watson most likely won’t be winning this award as news just broke that he has torn his ACL and will be sidelined for the remainder of the season. It has been a very long time since we have seen a rookie preform as well as Watson has through the first half of their rookie season. Since winning the starting job over Tom Savage at halftime in week one, Watson hasn’t looked back. The rookie out of Clemson has posted video game-like numbers in his last four games, totaling an absurd 17 touchdowns! The duel-threat quarterback proved last week to anyone who still might’ve doubted him that he is the real deal when he threw for over 400 yards against the “Legion of Boom,” which is something that does not happen often. With such incredible play throughout the first half of the season, Watson is a no brainer for Rookie of the Year.

Coach of the Year: Sean McVay

Nobody can say they  thought the 30-year-old Rams coach would even be in the conversation for Coach of the Year this season. The 5-2 Rams have one of the most explosive offenses in the league and are tied in first place in the NFC West with the Seattle Seahawks. In 2016, the same team coached by Jeff Fisher went just 4-12 and were one of the worst teams in the league. In the offseason, the Rams made a bold move signing McVay, who is the youngest head coach in NFL history, and he quickly was able to turn this team around. Jared Goff and Todd Gurley look like completely different players than they did a year ago, and the team as a whole has looked great.

After spending nine seasons with the Cardinals, Campbell decided to leave in free agency and sign with the Jags to a four-year, $60 million deal. The new Jaguars veteran defensive end has a career-high 10 sacks through the team’s first seven games and has proven to be one of, if not the best off-season additions for any team coming into the season. Campbell is on pace for over 20 sacks, which the league hasn’t seen since 2014, but even if he doesn’t break the 20 sack threshold, he should be able to break the Jaguars single-season record, which is just at 12.