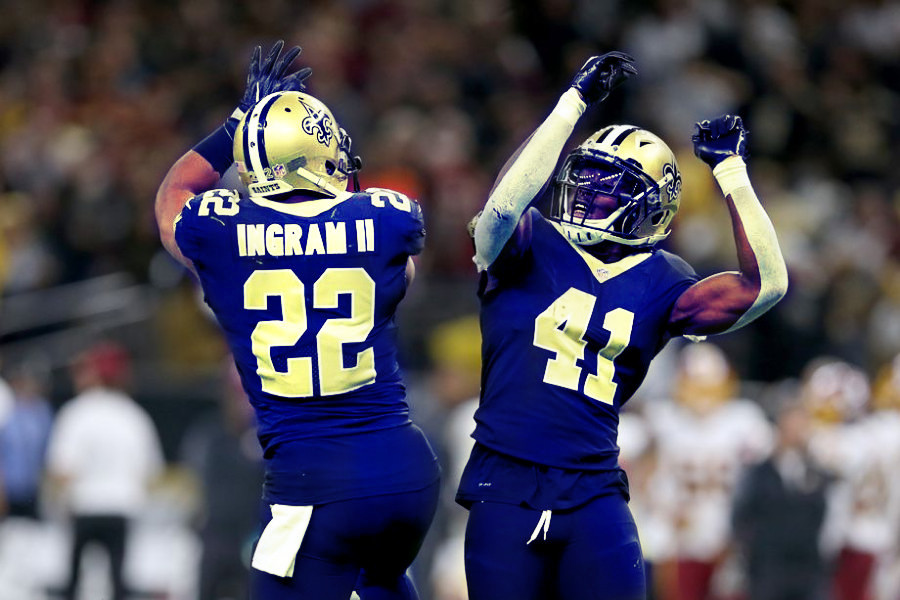 Days Until Football is a series in which I preview every NFL team, one a day at a time until the NFL season starts on September 6th. It will preview offense, defense, and give a prediction for the team’s record. Also, I will list a fantasy star and sleeper. Here is the New Orleans Saints preview.

Last year, the Saints exceeded expectations. After years of Drew Brees on an island, he got some running backs and a better defense. The Saints won the NFC South at 11-5 and were just one play away from reaching the NFC Championship.

The backfield duo of Alvin Kamara and Mark Ingram is arguably the best in the league, but Ingram is suspended for the first four games of the season. Ingram plays the thunder, between the tackles role, and Kamara is the lightning, a pass catcher who can beat you with his speed and versatility. Michael Thomas has emerged as an elite receiver in his first two years. He has gotten at least 1,100 yards in both of his seasons and his fourth reception of the season will be his 200th. Ted Ginn’s first season in New Orleans was one of his best. He missed his career high in yards by three and his catch rate was the second-highest of his career. Third-round draft pick Tre’quan Smith and for Bear Cameron Meredith are also added to the receiving mix.

Veteran tight end Ben Watson comes in from Baltimore to give Drew Brees the tight end target he has been missing the past couple seasons. Speaking of Brees, he continues to be among the elite class in the league. He is 39, but has defied age. After barely being touched last season and with the addition of a strong running game, Brees should be able to play as long as he wishes.

The defense was not a powerhouse last season, but certainly an improvement over other years. Cameron Jordan is the best player on the defense and has been for years. The end can stop the run, rush the quarterback, and knock down passes at the line. The Saints traded up to select Jordan’s counterpart, Marcus Davenport with the 14th overall pick in the draft. Marshon Lattimore had a great rookie season and is undoubtedly a shutdown corner. He made the Pro Bowl in his first season, but his counterpart is a question mark. Marcus Williams, Ken Crawley, and PJ Williams are the best options for the second corner. Patrick Robinson should take care of the slot position. Marcus Williams had a good rookie season, but he is the reason the Vikings made it to the NFC Championship. Kurt Coleman was signed over the offseason to pair with Williams.

I think the Saints will go 11-5, second in the NFC South. Drew Brees and the offense should be explosive, but Mark Ingram’s suspension could cause some early struggles. The front four and secondary are good, but the linebackers are not. Both games against the Buccaneers should be wins, but matchups against Falcons and Panthers will be tough.