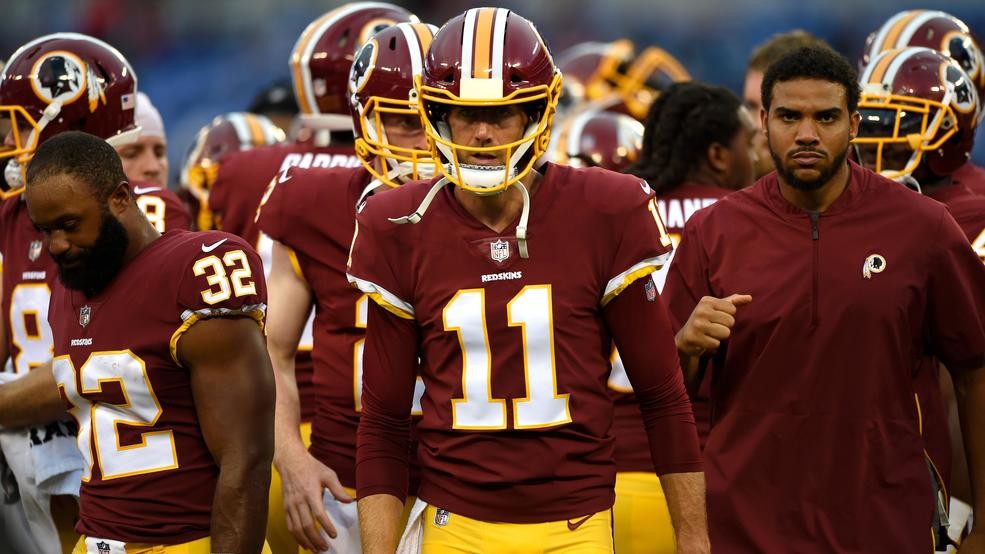 Days Until Football is a series in which I preview every NFL team, one a day at a time until the NFL season starts on September 6th. It will preview offense, defense, and give a prediction for the team’s record. Also, I will list a fantasy star and sleeper. Here is the Washington Redskins preview.

Last year, the Redskins were a letdown. Kirk Cousins was good, but he did not have much around him. The Redskins finished 7-9, third in the NFC East. Over the offseason, Alex Smith was traded brought in after Kirk Cousins signed with Minnesota.

Expectations are sky high for Alex Smith, who was acquired from the Chiefs when Kirk Cousins moved on. Alex Smith loved Travis Kelce in Kansas City, so Jordan Reed could turn into his favorite target quickly. Reed is great, but has never played 16 games in a season, due to injuries. Both Jamison Crowder and Josh Doctson picked up more than 500 yards last season. Paul Richardson averaged 260 yards per season as a Seahawk, and he will likely be the third option at wide receiver.

The running back corps took a huge hit when Derrius Guice tore his ACL against New England. The LSU product was drafted in the second round and was expected to be a solid starter. Adrian Peterson was brought in to replace him, which slid Samaje Perine down the depth chart as quickly as he climbed it. Chris Thompson was having a career year before breaking his leg in week eleven. He reportedly is fully good to go to start the season.

The Redskins struggled mightily against the run last year, so they addressed that need in the draft. Da’ron Payne was drafted 13th overall and Tim Settle was drafted in the fifth round. Linebacker Zach Brown led the Skins in tackles last year, and he was resigned over the offseason. Add Ryan Kerrigan, who averages ten sacks per year, and it is a solid linebacking corps. Kendall Fuller, Su’a Cravens, and Bashaud Breeland all left over the offseason. Josh Norman is a former all-pro and still an elite cornerback. Orlando Scandrick was signed over from Dallas to play alongside Norman. DJ Swearinger and Montae Nicholson both will return as starting safeties.

I think the Redskins will go 6-10, last in the NFC East. Alex Smith is a downgrade from Kirk Cousins and the running back corps took a big hit with the Guice injury. Jordan Reed is injury prone and the wide receiving group is not very deep. The front four is rebuilt and the secondary took a hit in free agency. Also, the games against the Cowboys, Eagles and Giants will be tough.

Fantasy News: Le’Veon Bell No Show, Foles Gets the Nod, and More