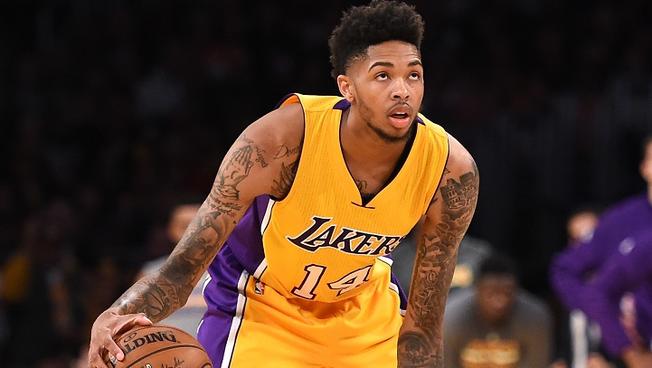 The stage was set on 11/29/17 in Los Angeles, California. The Lakers awaited the defending champions, the Golden State Warriors. The game got off to a fast start, as Golden State got the early lead. Staples Center witnessed this young Lakers team going head to head against the Warriors. Golden State had their usual stars perform, as Curry’s 28 Pts/5 Reb/7 Ast performance helped the Warriors win this game. However, the Lakers had an opportunity late in the fourth quarter to win the game, but were unsuccessful. It was a close game with a lot of excitement on both sides of the ball, and it ultimately took overtime for the Warriors to take the win by a score of 127-123 over the Lakers.

This young Lakers team is slowly showing it can be capable of big things in a couple of years. The Lakers are a young team with high expectations, as Los Angeles is expected to be contenders for the Championship every year. The young team has not lived up to the expectations; however, they are slowly changing the team chemistry. Lonzo Ball, the first round draft pick that everyone initially was calling a bust, is slowly coming around. He is going up against top NBA players and living up to the expectations. We can’t ignore the fact he is a rookie and will need time to develop. Brandon Ingram is taking on a big role with the team, and yesterday’s performance was a reflection of it.

Laker fans haven’t been excited about basketball since Kobe’s final game. They have been rebuilding this team and have some very interesting pieces. This Lakers team needs a veteran superstar to help this young core achieve big things. Stay tuned as the Lakers make this move in the next couple of years.