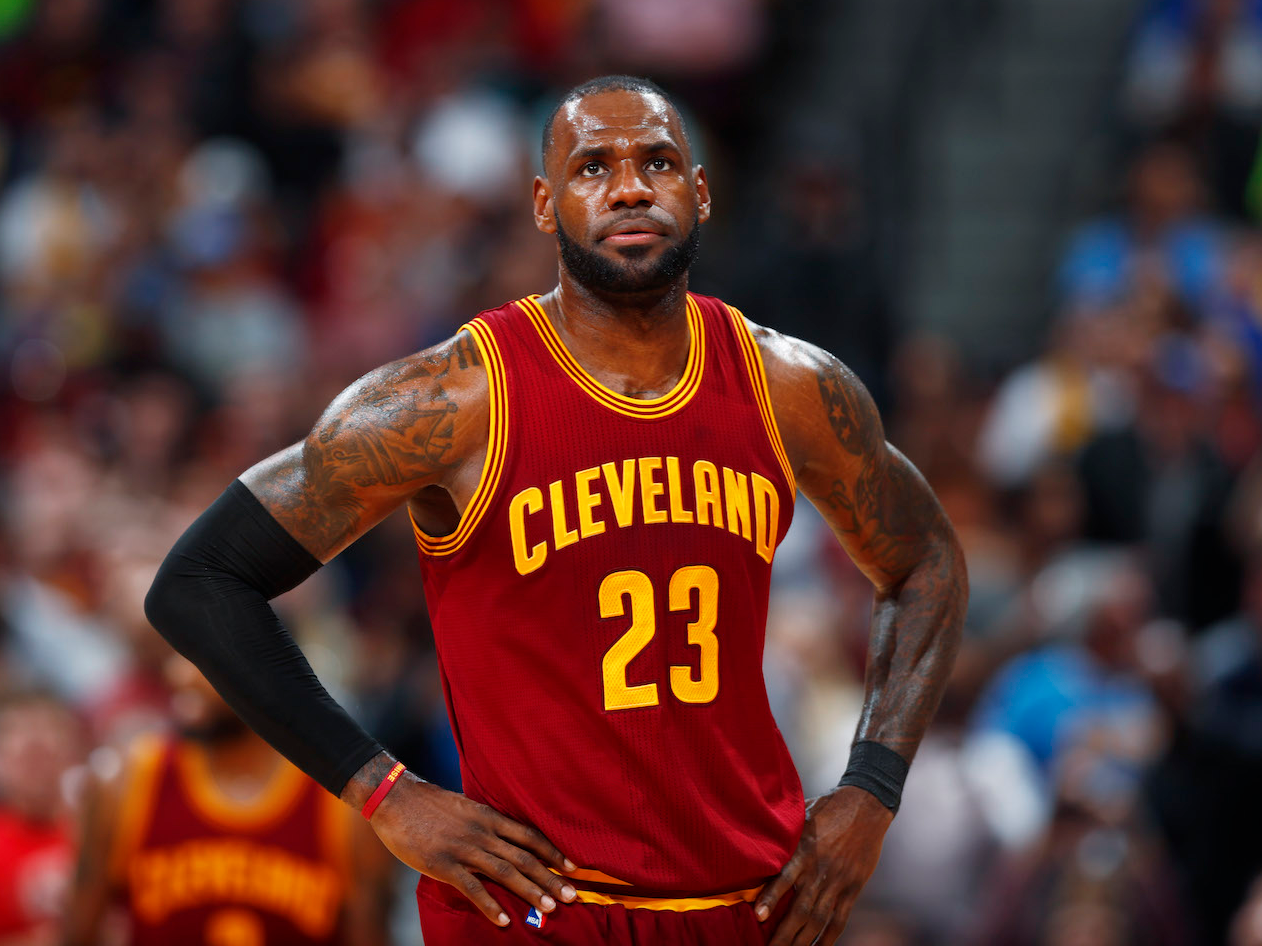 The Cleveland Cavaliers defeated the Indiana Pacers in in the first round.  That we know.  Anyone who watched the series knew Indiana was the overall better team.  However, once again we as basketball fans/sports fans got to admire the greatness that is LeBron James.  Watching LeBron take over this series, specifically Game 7, is why I love sports.  In every single game of that series, LeBron was the only Cavalier to score over 20 points.  Not only did he clear 20 in every single game, he put up 40+ in three games, totaling 241 points, 71 rebounds, and 54 assists in the series.

This series means more than just advancing to the conference semi-finals.  This could be LeBron’s final run with the Cleveland Cavaliers, his hometown team.  Don’t get me wrong, I would love LeBron staying in Cleveland, but it really seems like a foregone conclusion that he leaves.  After the Game 5 game-winner, LeBron stood on the table and embraced the city of Cleveland for what many, including myself, hope is not the last time.  The same man who sold out a college football stadium for his return to his city.  In 2016, Cleveland’s chosen son delivered that city a title it so badly craved.  I truly hope Cleveland fans wouldn’t burn his jerseys again.  But now is not the time to think about that, now is the time to focus on trying to carry this team to another championship.  I’m not insane, I recognize how unlikely this is. Almost every team still standing is an overall better team.  I also refuse to bet against LeBron, especially if this is his last stand in Cleveland.

We are witnessing one of, if not the greatest (that’s a separate discussion) players of all time.  LeBron is now 13-0 in the first round of the playoffs in his attempt to reach his 8th straight NBA Finals.  To all the LeBron haters, why?  Please admire and appreciate the greatness we are able to witness before it is gone.

NBA Playoffs Conference Semifinals Predictions
Should the Blazers Blow it Up?