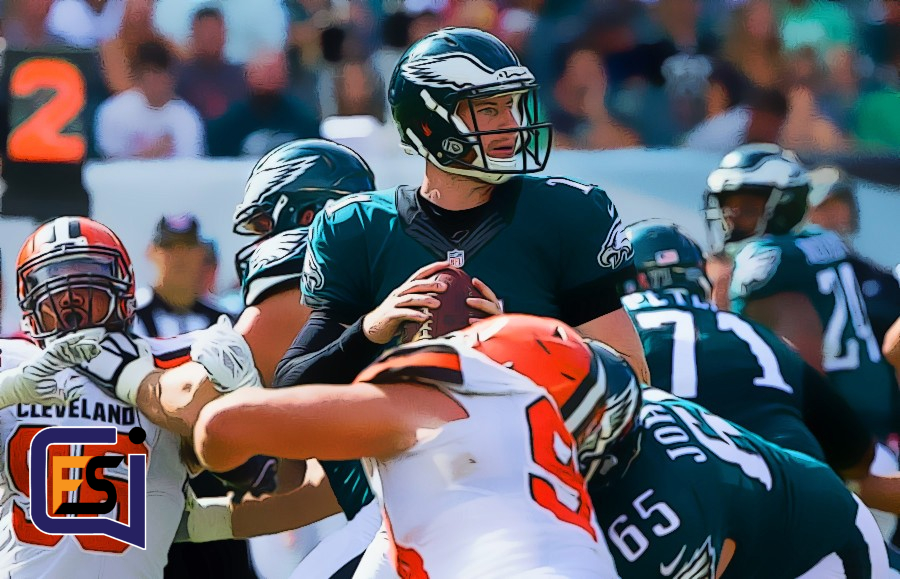 The quarterback-needy Cleveland Browns sat with the second overall pick in the 2016 Draft, with two solid options set to go one and two. Instead of taking the player that the Rams didn’t want, the Browns decided to trade away their selection to the Philadelphia Eagles for multiple picks. While we now know what the Eagles got with Carson Wentz, what exactly did the Browns get from this seemingly terrible deal? Let’s take a look at the famous Carson Wentz trade.

Of course, now we can put names to these draft picks. The Browns also went on to trade many of the received draft picks for even more selections. Here’s essentially how the trade played out:

While the trade looks obnoxiously lopsided in terms of quantity, this is one of those instances where quality far outweighs quantity. Let’s take a look at what these players have done for the Browns, and even who still plays in Cleveland after two seasons.

Coleman’s name just popped up in the news yesterday because he was traded to Buffalo. The young Baylor product, who was a first-round draft pick in 2016, was traded for just a seventh-round pick in 2020. Not much for return on investment there. It sounds even worse after we remember the Browns traded their 12th pick to Houston for the 15th spot, where they draft Coleman. Of course, the Texans went on to draft Deshaun Watson.

Corey Coleman battled injuries through his two seasons with the Browns. He appeared in only 19 games and caught 56 passes for 718 yards and 5 touchdowns. According to the coaching staff, Coleman didn’t really know how to play football.

Browns coaches complained that Corey Coleman knew little about how to play football and blamed it on the Baylor system.

I think they forgot Josh Gordon also went to Baylor.

This one must sting. In the same draft that they traded away their Wentz pick, the Browns take Cody Kessler to be their quarterback. Kessler appeared in 12 games for Cleveland, but started 8. In Browns fashion, he was 0-8 in those starts. He passed for 1,506 yards on 63.8% passing with 6 TDs and 3 INTs. The Kessler experiment never panned out, and now he plays for the Jaguars.

Determined to draft their quarterback, the Browns took DeShone Kizer 52nd overall in the 2017 Draft. Kizer started 15 games for the Browns last season, and let’s just say it didn’t go well. He went winless, passed for 2,894 yards on 53.6% completion rate, 11 touchdowns and a whopping 22 interceptions. The most impressive part of his game was on the ground, where he ran for 419 yards and 5 touchdowns.

After just one season, the new front office decided it was enough for Kizer. The Browns traded him to the Packers in exchange for CB/S hybrid Demarious Randall.

Still With the Browns

Jabrill Peppers is the best out of this bunch. He is a safety and returner for the squad, and he started 13 games doing so. The Michigan product intercepted one pass, recorded 44 tackles, ran back 30 punts for 180 yards and 14 kickoffs for 318 yards. He is projected to start at safety next to the newly-acquired Demarious Randall and be the team’s kick and punt returner yet again.

The Browns have three rookies that are obviously too early to judge. The fourth overall pick was Denzel Ward, a cornerback out of Ohio State. He is an instant starter and should be an impact player for this defense. Defensive end Chad Thomas is currently listed at third-string, while Antonio Callaway is listed as a second-string receiver.

What Could Have Been…

Just for fun, let’s take a look at who the Browns could have drafted with those original acquired draft picks. I’ll only pick players around that draft pick’s area instead of being THAT guy who pick the random sixth round gem that nobody saw.