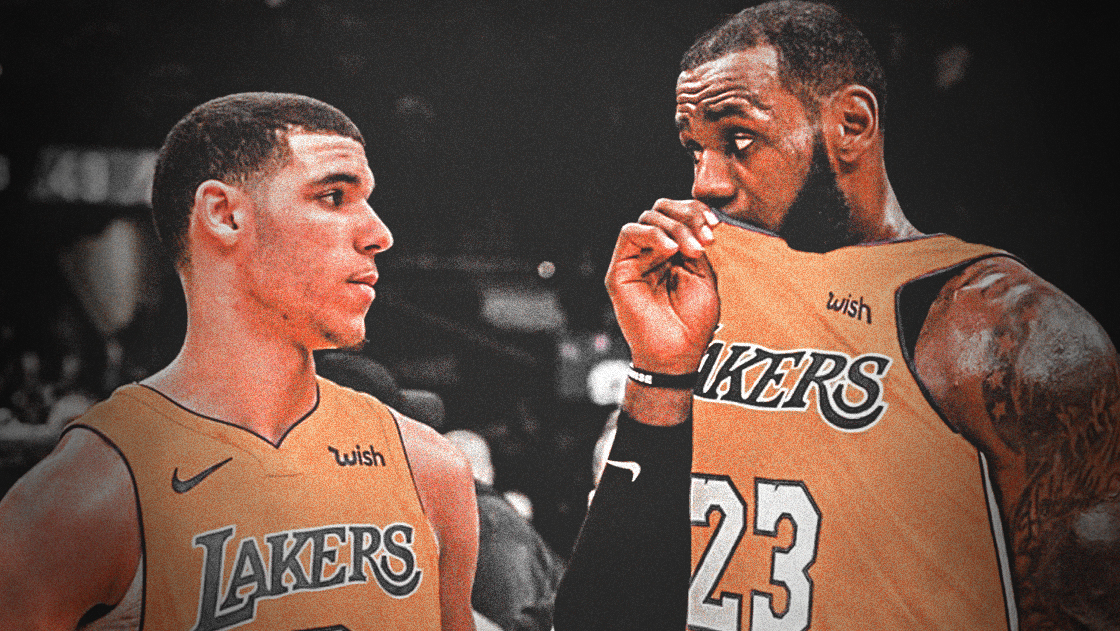 The Los Angeles Lakers have yet to realize the final form of the roster LeBron James hopes to win his fourth title with. While the young corps of the Lakers; Kyle Kuzma, Lonzo Ball and Brandon Ingram, is the most intriguing young corps in the NBA, they don’t exactly fit LeBron’s timeline. Though, they  present some serious opportunities for the Lakers to make a trade before the fast approaching trade deadline on February 7th.

Who Goes and Who stays?*

First things first; Kyle Kuzma absolutely needs to be off-limits for the Lakers. Kuzma has improved in almost every statistical category except for three-point percentage. If Kuzma can shoot 36% from deep, like he did last year, he will easily average 20 points per game at 23 years old. While Kuzma is safe, Brandon Ingram and Lonzo Ball are two players that probably need to go. While Lonzo has shown flashes of being a top passer in the league, he has been maddeningly inconsistent all season. That consistency will come as Lonzo ages (he is just 21 after all) but the ceiling of a near triple double per game in his prime should be enough to peak some interest from trading partners. As for Brandon Ingram, while he is an extremely talented player with crazy length, he simply doesn’t fit on the court with LeBron James. Since James’ groin injury, Ingram is averaging just under 19 points per game (compared to 15 per game before the injury). However, when the two share the court, Ingram’s game suffers and he is forced to wait until James goes to the bench to actually get involved on offense.

*I did not specifically add Kentavious Caldwell-Pope to the Lakers “young corps,” but he is involved in every trade scenario I could come up with given he is earning $12 million this season, making his contract ideal for salary matching purposes. I also happen to think he is a talented player worth keeping, but not if it costs the Lakers acquiring a quality player.

I spent a considerable amount of time playing around on a trade machine and was able to come up with three trades that would be beneficial for both teams involved. Of the three, one is a blockbuster, one is an option I bet you never thought of, and the final trade isn’t eye-popping, but one the Lakers could really use.

Damian Lillard is not only a top guard in the league, but a top player as well. The fact that he has three years left on his contract makes this trade absolutely worth it because it means the Lakers do not have to worry about him leaving for quite some time. The Lakers would be eating up about $2 million more in cap space, but LeBron would be able to play with yet another top point guard in the league and the Lakers could continue to play small ball and sign centers to minimum contracts.

I like this trade better than the one for Anthony Davis. Don’t get me wrong, Anthony Davis is a top player in the league, but this trade gives the Lakers another top center who can spread the floor for way less money (and assets in a trade) than Anthony Davis. This trade only makes sense if Vucevic is willing to re-sign with the Lakers, but given that the Lakers save money from this trade, it isn’t out of the realm of possibility they could give the 28-year-old a multi-year deal.

This is a trade that isn’t flashy, but it sure is effective. Josh Richardson is four years older than Lonzo Ball and he has shown tremendous development in his young NBA career. Losing Lonzo Ball will hurt many Laker faithful, but adding a player averaging 18 ppg and 38% from deep will quickly help heal the many broken hearts.

New Year’s Resolutions for Every NBA Team in the Eastern Conference
NBA Favorites: Why Each Contender Will (and Won’t) Win the Title