What Are the Top 5 Sports in America? 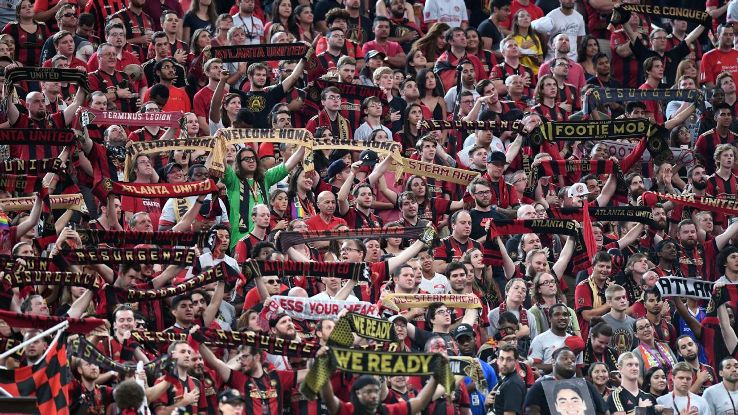 Sports play a huge part in American culture. Whether it be entertainment or actual involvement, athletics have become an important part of our society. TV ratings and brand marketing have skyrocketed in recent years. This has led to nicer stadiums, athletes being celebrities, and even richer owners. Fan bases are not restricted to the US either, there has been an increase in foreign players, which has resulted in an increase in foreign fan bases. You can find Cowboys fans in Mexico, Dodgers fans in China, and even Knicks in Latvia (thanks to Kristaps Porzingis). These rankings will be for professional sports, no NCAA will be included. The rankings are based on attendance, revenue, and TV ratings.

No surprise here that the NFL comes in at the top spot. The NFL has become America’s sport (I am confident that it has overtaken baseball). American football is completely unique to any other sport. The power and popularity comes from the fact that there is no substitute for the NFL. If you want to watch professional football, the NFL is what you have, and no other professional football league is even a light year close. The NCAA can be the only argument of competition here, but it really isn’t, when you consider it is a stepping stone to the NFL. The Super Bowl has become a national holiday, and is televised around the world. The uniqueness and identity of the sport to America is why it comes in at number one.

The NBA has risen rapidly over the past few years. This is not just limited to America either, it has become a popular world sport. It’s no surprise we are seeing these huge contracts dealt to players. When you secure a LeBron James or Steph Curry, you not only get talent, but also the world-wide fan base. The attendance number may seem low, but you have consider that the capacity of a NBA arena is less. With that being said, the NBA could be nearing the NFL viewership numbers over the next decade, because of its worldwide attraction (over 100 international players). However, in terms of American viewership, it still has to take the backseat.

Baseball seems to be at a crossroads. Younger audiences are more attracted to more “action-packed” sports, like football and basketball. Baseball is considered to be dull, to some people. The MLB is attempting rule changes to change that, but they also have to tend to the “baseball purists” or  the “old-school” baseball crowd. Major TV networks have backed away from broadcasting games nationally, and most baseball fans are limited to whatever team plays on their local Fox Sports network. This year’s All-Star game was a bust, but the home-run derby did make up some lost ground. Baseball will always have its moments with people (4th of July, October Playoffs, and Memorial Weekend), but the MLB needs to find ways to capture audience’s attention for the whole season.

This is where the list starts to get complicated. The NHL has had steady growth, and popularity seems to be the same. The problem is that all of the statistics include Canada. TV viewership rose in Canada, but viewership in the US declined. It seems whatever is lost in the US, is offset by the gains in Canada. Hockey seems to fall into the category of sports that people either are committed to watching or just don’t. There are not as many fair-weather fans in the US for the NHL to work with, so it is more difficult to capture new fans. At the moment, it seems that the northern states in America are pulling the weight.

The MLS inaugural season was in 1996 (the year I was born, by the way), and the past decade has treated the league well. In 2008, the average team was valued at $43 million. In 2017, that average increased to $220 million. This weekend, Atlanta United broke the attendance record with nearly 71,000 people in their new stadium. The MLS is the fastest growing sports league in America, but there are some needed steps if they want to reach the top 3 or 4. The league still has its conservative and safe financial rules in place. These rules are from a time in a league where they were just trying to be stable for their investors. They’ll need to let clubs spend, if they want to take the next step. They also have the same problem as the NHL, because fans either know the sport or don’t.