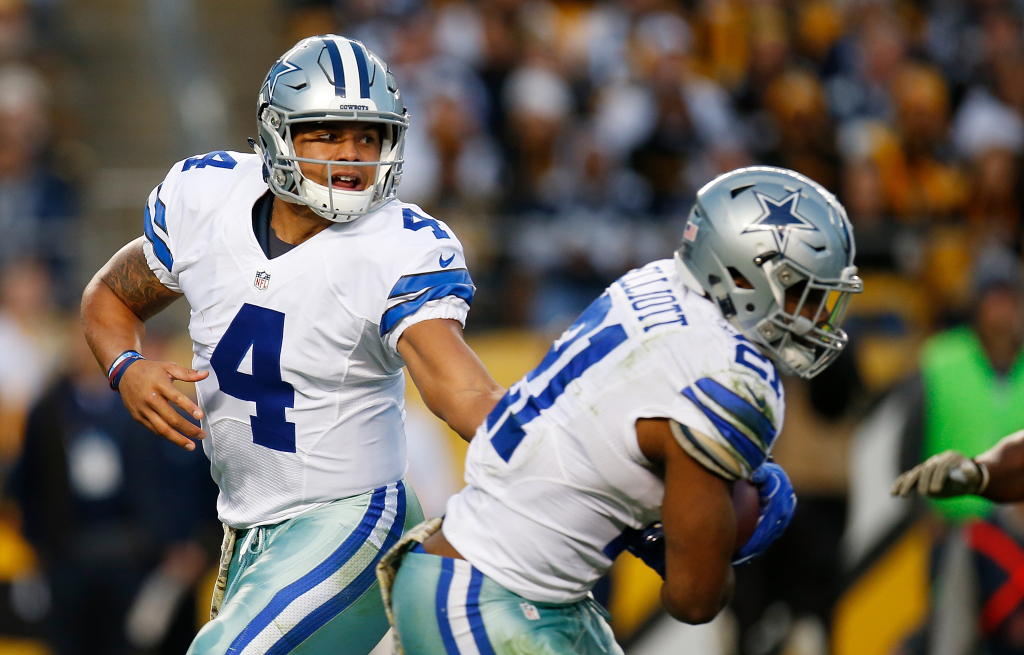 It’s hard to believe that we are almost halfway through the regular season of the NFL. As fast as this season has gone, it sure has been exciting. Philadelphia has looked the liked the best team in the NFC, and maybe the entire NFL. Teams like the Bears and Jets are 3-4 when most people didn’t think they would even win three games total. This week is a pivotal one for many teams, as they try and jump into sole possession of first place in their divisions. Let’s get to the picks for week 8.

Oakland at Buffalo- Both teams are coming off big wins, as Oakland stunned Kansas City Thursday night and Buffalo upended Tampa Bay. The Raiders saved their season by avoiding a 2-5 start and are looking for another huge win this week on the road. Defensively, there are still some issues with the Raiders. Luckily, Buffalo doesn’t have an explosive offense like the Chiefs, but they’ll still be a challenge for that defense of Oakland. Playing at Buffalo also is a tough thing to do. If the Raiders can slow down Shady McCoy just enough, I think they get this win on the road. Derek Carr leads his team to a huge win and back into the playoff hunt.  Raiders 21, Bills 19

Chicago at New Orleans- How about those Bears? No one predicted they would beat teams like Pittsburgh and Carolina, but here they are sitting with a surprising 3-4 record. On the other side of the ball, New Orleans is playing great football and is on a four-game winning streak. The Saints offense is clicking on all cylinders, especially with the run game between Ingram and Kamara. And yes, the defense is actually playing well too. Despite both teams playing well, this might be too tall of a task for the Bears to overcome. Winning in New Orleans is very hard to do, and the Bears don’t have the firepower on offense to keep up with Drew Brees.  Saints 34, Bears 17

Dallas at Washington- The Cowboys just came off a blowout win against the 49ers while the Redskins couldn’t stop Carson Wentz and the Eagles on Monday. This game should be a fun one, as both teams are trying to close the gap on Philadelphia in their division. Could this be the final game for Ezekiel Elliott before his suspension? Regardless if it is, the Cowboys running back will have a big game. Kirk Cousins will put up points against this Cowboys defense, but it won’t be enough though to keep up with Dallas. Cowboys get a big road win here.  Cowboys 35, Redskins 20

Pittsburgh at Detroit-  What a fun Sunday night showdown this should be. The Steelers are beginning to look like themselves again, with big wins over the Chiefs and Bengals. Offensively, they’re as good as any team in football. Bell and Brown continue to put on a show, which makes this offense very difficult to slow down. Detroit is coming off a bye week in hopes of getting a signature win at home. Losing Golden Tate is a big blow to this Detroit offense, and it could hurt them if they want to keep pace with the Steelers. This will be a fun and exciting game, but Pittsburgh comes out on top.  Steelers 31, Lions 21

Other Scores for Week 8: