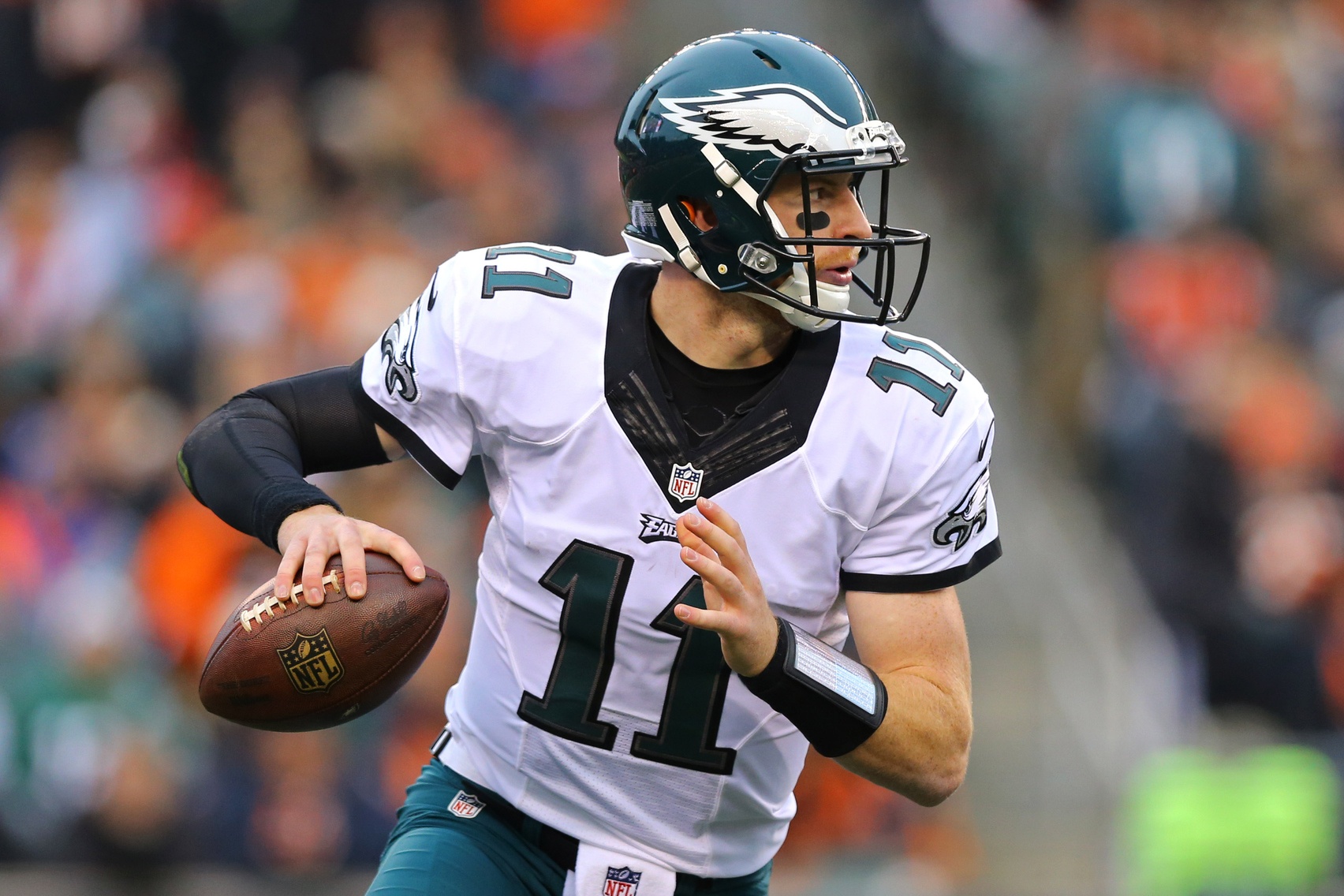 Wentz is the clear-cut top option at quarterback this week with this dream matchup against the San Francisco 49ers. The 49ers are still winless and are coming off of a routing against the Cowboys where they let up 40 points at home. Having allowed the sixth-most yards to opposing quarterbacks, Wentz is set up nicely to continue his recent dominance. The Eagles quarterback has played some of the best football of his career in his last three games, totaling an impressive 11 touchdowns. With the Eagles at home against such a bad defense, this pick is a no-brainer, and given the price tag on Wentz on both sites, he’s nearly a must-play in cash games and worth a look in tournaments.

With there being some good value elsewhere, it is ok to pay up at RB in DFS this week. Oakland hasn’t been horrendous versus the run this season, but they have definitely not been good, allowing about 114 yards per game on the ground. Shady has gotten six or more targets in all but one game this year, so this helps his value skyrocket. With Charles Clay still being out, Shady should be just as involved as he was last week, where he had a season-high in touches. Although he is a bit pricey, I really like McCoy’s chances to lead all running backs in scoring this week.

I am jumping right on the Eagles bandwagon this week, but it is for very good reason. The 49ers just can’t seem to defend the pass, and with such a talented player at this price tag, he might be too good to pass up on. Jeffery has not been great this year, but this will be his easiest matchup of the season, not to mention he has a red-hot Carson Wentz throwing him the ball. My favorite part about picking Jeffery this week is that the 49ers are one of the best teams in the league against tight ends. If they are able to contain Zach Ertz, Wentz will be forced to look elsewhere, subsequently giving guys like Jeffery and Agholor more targets. I think this is the week Jeffery breaks out against this porous Niners secondary.

As the weeks go by, Jordan Reed is getting healthier and healthier. Everyone knows how good this guy can be when he is 100%, and last week’s performance seemed pretty convincing that he is getting close to that. The Cowboys have put up decent numbers versus tight ends, but they have yet to play anyone near the caliber of Jordan Reed. And with this game having the highest over/under on the slate and a good chance at being a shootout, it is good to have some exposure to it. The price tag on Reed is phenomenal this week, and there is a good chance this is the lowest we will see it for the remainder of the year.

Of course the Eagles and Vikings defenses are good options, but if you want to save a little bit and go with a team that has just as much upside, the Bengals are your team. They are at home against the Indianapolis Colts, who allowed ten sacks last week and got shut out at home against the Jaguars. The Colts have some serious offensive line issues and some major inconsistencies at the quarterback position with Jacoby Brissett. If they weren’t able to put up any points at home last week, I don’t see how they’ll be able to do much better on the road against a pretty decent defense.

Are you looking for another way to play NFL DFS every week? Join the highest-rated fantasy football app, DRAFT! Drafts start every couple minutes, so you can enter one right now for week 8! If you click the picture or this link to sign up and use the promo code “FlurrySports,” you get a free entry into a $3 game after you deposit! There’s not much better than free money, so sign up today! After you sign up, challenge FantasyFlurry to a H2H!