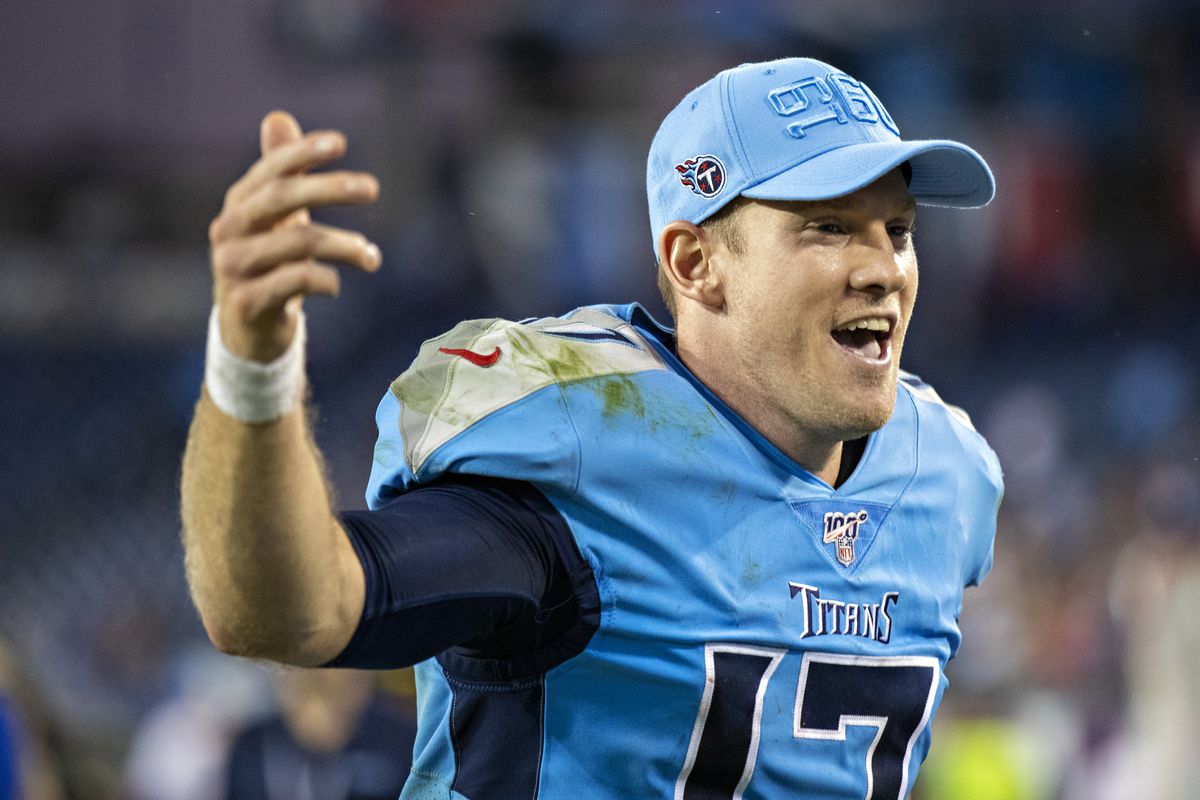 Happy Thanksgiving! It’s a great day to devour unhealthily large portions of turkey dinner before staggering to the couch to vegetate and watch some football. Before we do that, though, let’s remember that this is the final regular season game of a standard fantasy season. It’s an important week for a lot of us, but it’s crazy to think how quickly the season is coming to an end. Football and fantasy football are some of my favorite things, and they mean so much to a lot of people, and they’re what I’m thankful for this holiday.

But right now, we’re headed into a huge week. Who do you start and who do you sit in the final regular season game of the year? Here’s your answers.

Tannehill is going to become a staple of this spot until more people come to their senses and pick him up. There aren’t many people in the league that I’m enjoying watching more than Tannehill, who last week scored 4 touchdowns, including two on the ground. He’s playing out of his mind, and although he isn’t throwing it all over the yard, with fewer than 20 pass attempts in his last two games, his rushing efficiency is making up for it. With at least 37 rushing yards and 3 touchdowns in his past three games, Tannehill is a borderline QB1 for me, even against the Colts defense, which has shown cracks against competent quarterbacks. While they shut down Mason Rudolph and Ryan Fitzpatrick in weeks 9 and 10, they allowed start-worthy numbers to Nick Foles and Deshaun Watson in weeks 11 and 12.

Well, we finally made it out of that six-week slog through the mud that surely sent many fantasy owners spiraling out of playoff contention. Hopefully you had found an alternative quarterback during that stretch, but now that we’ve reached the end of the tunnel, Wentz should be a decent fringe QB1 for the rest of the season. It’s clear that he and the Eagles are struggling, but the Miami defense is typically the cure for any issues a team has, and the return of Alshon Jeffery should provide a huge boost too. The Eagles have reached a stretch of winnable games that they absolutely need if they’re to capture the NFC East, so it’s now or never for Wentz to come out of his slump. I think he will.

I’m less confident in Goff coming out of his nosedive against a different slump busting opponent. The man is lost at sea right now, with his past three fantasy scores not even adding up to one good week. Goff hasn’t thrown a touchdown since Week 8, and while it’s possible the Cardinals fail to extend that streak, that’s hardly a vote of confidence in Goff as a starter. The matchup is good so the potential is there, but with one week left in the regular season and three difficult defenses on the docket for the fantasy playoffs, I hope you’d have found a better option by now. Only the most desperate should be using Goff right now.

Ryan has thrown for just four touchdowns in his last four games, with two of those games ending with him not scoring at all. He was one of the league’s top fantasy quarterbacks early in the season, but right now, there are too many other names out there who I’d rather start than Ryan. The Saints defense did struggle against Kyle Allen last week, but on a Thursday night game, I don’t love Ryan’s ceiling this week.

It took some time for me to become fully convinced in Jones as a weekly FLEX play, but with over 15 points in three of his last four games, he’s showing the consistency that he lacked in the first half of the season. Jones is now generally likely to get at least 15 touches, and against the Jaguars, who allow an astonishing 5.4 yards per carry, by far the highest in the league, Jones should rack up plenty of yardage.

After receiving 29 touches against the Texans, Williams is going to be a very interesting fantasy back for the stretch run. The workload won’t always be that high, but with Williams taking over the entirety of Marlon Mack’s role, he could be a starter regardless. The Titans are in the middle of the pack in just about every rush defense metric, so don’t be afraid to give Williams a shot while he has this opportunity.

While Devonta Freeman suffered a foot injury against New Orleans in Week 10, he was a sit for me then, and he remains an even stronger sit for me now, in the Falcons’ second clash against the Saints. Freeman is set to start in his first game since the injury, but the fact that the game takes place tonight has me worried about his workload. We saw a similar situation with T.Y. Hilton last week, in which he didn’t see the field enough to post a start-worthy performance on Thursday. The Falcons have no hope at the playoffs either, so Freeman is a very risky start tonight.

If you came here hoping I’d have some good recommendations for players who could keep you engaged after Thanksgiving dinner, you came to the wrong place. The matchup against the Lions is good in theory, but Detroit held Montgomery to just 3.5 yards per carry and 6 fantasy points the last time they met. The Bears’ offense is just too inept for Montgomery to be an especially dangerous touchdown threat either. He hasn’t scored in three weeks.

If Jeffery is good to go on Sunday, expect him to be fed an exorbitant number of targets, given how poor the Philadelphia receiving corps has been without him. He is supposedly fully healthy and gets to make his return against that terrible Miami defense. It’s always a risk to put a player in on his first week back from a long absence, but Jeffery could be an exception to the rule, because all the stars are aligning for a high volume game against a weak defense.

Boyd has commonly appeared in the “Sit” section as of late, but the return of Andy Dalton instantly puts him back in the WR2 conversation again. He also posted his third 100-yard game of the year last week with Ryan Finley at QB, meaning Boyd is ready to make his return to lineups with a positive matchup against the Jets awaiting. This is another example of everything coming together at once; Boyd should be a solid WR2 play this week, as he was early in the season.

Cooks is in a situation where I’m going to need to see him perform on the field again before I put him back into my lineup. He was struggling severely before his injury, and his return to the field against Baltimore didn’t suggest that he was headed in a different direction. The Rams’ offense is struggling too much right now, so the high-ceiling with Cooks isn’t there anymore.

Kansas City has proven themselves to be a difficult matchup against opposing receivers, holding them to the seventh-fewest points per game, and with Tyrell Willaims going through the roughest patch of his season, with 7.8 points or fewer in three of his last four games, this could be a smart week to stay away from him.

After failing to do anything of note in the first half of the season, Rudolph has exploded back onto the scene with four touchdowns in three games. Now coming off a bye, Rudolph gets a terrific matchup against the bottom-5 Seahawks defense against tight ends. Not highly owned, Rudolph could be a very interesting tight end for your playoff run. At least pick him up this week.

It took a catchless performance for owners to finally start dropping TJ Hockenson, so I’ll have to move on to a new tight end this week. Noah Fant is a player with a high ceiling and some fantasy appeal, but his lack of touchdown potential is beginning to sour me on him for this season. A matchup against the Chargers isn’t enough to make me bench him, but with Fant, I need to be convinced to start him. He shouldn’t be started in anything but a 16-team league.