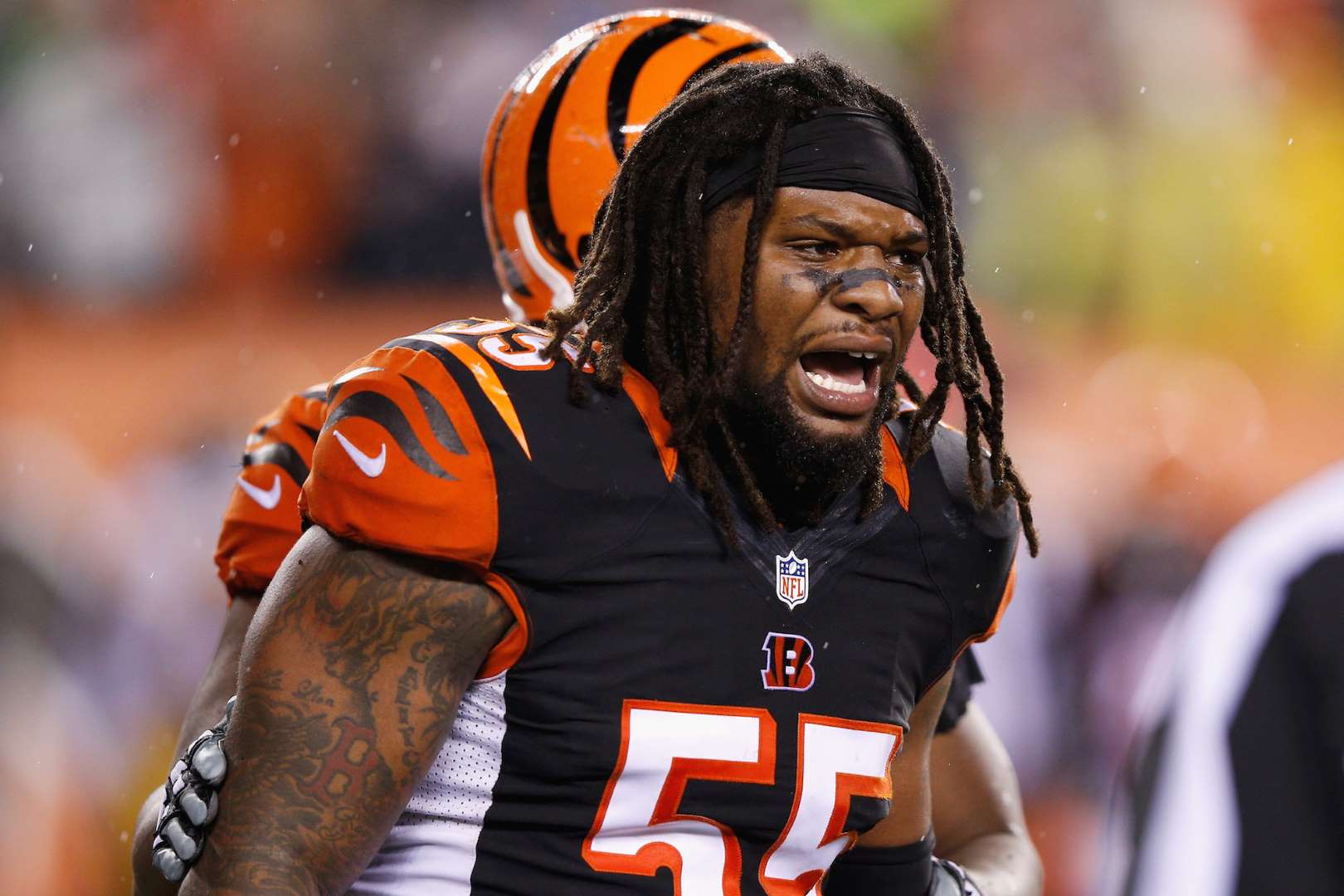 The Steelers and Bengals played in another AFC North division matchup in Cincinnati yesterday.  It was an exciting game that saw the Steelers win 28-21 on a last minute touchdown to Antonio Brown.  That’s not what people are talking about after the game, however. They’re talking about the cheap shots that Bengals linebacker Vontaze Burfict tried to deliver to Steelers players.

This is the latest in a long line of vicious hits, fines and suspensions for Burfict.  He missed the first four games of this season due to a PED violation.  In 2017, he was suspended for the first three games due to this hit on Chiefs fullback Anthony Sherman:

In August 2017, Burfict started a brawl in training camp by tackling running back Gio Bernard at the knees. Bernard was coming off knee surgery.

He was fined $12,154 for lunging his feet at Steelers fullback Roosevelt Nix:

He was suspended the first three games of the 2016 season for ‘repeated violation of player safety rules’.

On October 16, 2016, Burfict was fined $75,000 for stomping on New England Patriots running back LeGarrette Blount:

On November 1, 2015 in a game against the Steelers, Burfict made a tackle on Le’Veon Bell that forced him to have season-ending knee surgery. He was accused of celebrating the injury.

On December 15, 2015, Ben Roethlisberger accused Burfict of intentionally targeting his ankle on this play:

In the AFC Wild Card Round game against the Steelers, Burfict took a shot to Antonio Brown’s head, knocking him out of the rest of the playoffs:

As I'm sure you remember, not the first time Vontaze Burfict has tried to put a shoulder into Antonio Brown's helmet. #Steelers pic.twitter.com/RA6a6ESo8F

On October 10, 2014, Burfict was fined for intentionally trying to injure Greg Olsen and Cam Newton by twisting their ankles:

At Arizona State University, he amassed 22 personal fouls in 37 games.  In high school, it appeared he went after quarterback Matt Barkley’s knees: