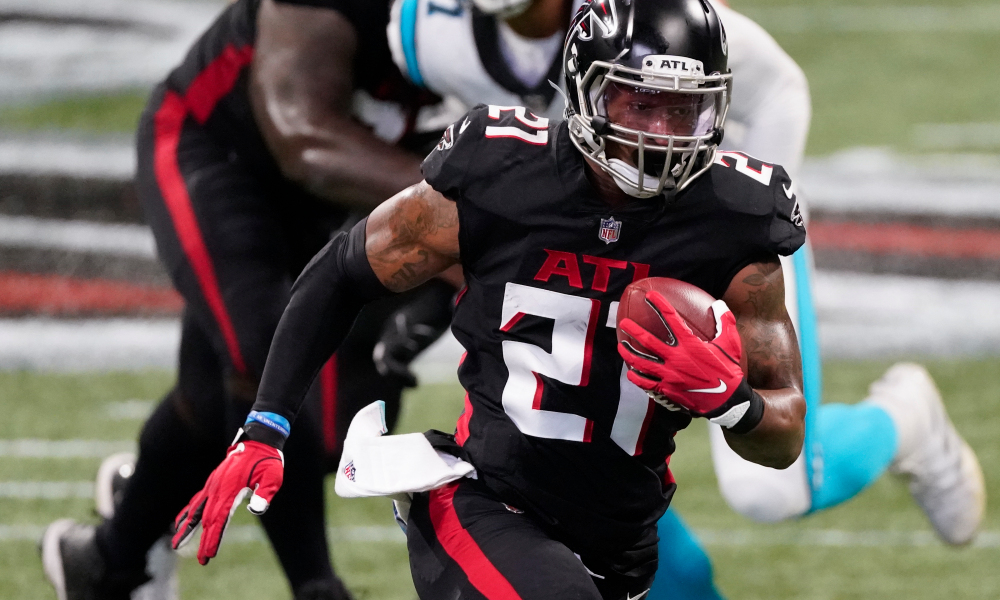 The Atlanta Falcons offense has been struggling in recent weeks, thanks to a combination of both injuries and tough matchups. The team received positive news this week, when running back Todd Gurley was removed from the injury report. Despite carrying no designation into the weekend, Todd Gurley fantasy owners are wise to proceed with caution when setting their lineups.

Many fantasy analysts warned Gurley fantasy owners of a drop-off in production following the Falcons’ Week 10 bye. Those sentiments have proven true over the last three weeks. Gurley garnered only eight carries and one reception in each of Atlanta’s two games against the stout New Orleans Saints’ defense. Such a limited volume is not a recipe for fantasy success.

Like the lack of touches, Gurley’s 43 total yards in the two games was easily his lowest output of the season. In each of Atlanta’s first nine contests, Gurley’s lowest yardage total in any game stood at 46.

On top of the lack of volume, Gurley has been battling injuries since the Falcons’ bye week. He missed the Falcons’ Week 12 game against the Raiders entirely and was reportedly still battling a knee injury during practice this week. Despite not carrying an injury designation into Sunday, it’s certainly fair to speculate about whether Gurley will be 100%.

We sort through the mainstream sports media's BS to give you the biggest stories from the day prior, some sports to look forward to today and other interesting info to start your day off right.

Fantasy Outlook for the Falcons Backfield

Should Gurley fantasy owners trust the star running back with so much at stake in the fantasy playoffs? Aside from Gurley’s own injury and volume problems of late, concerns about his fantasy value are also impacted by the Falcons giving Ito Smith and Brian Hill increased opportunity last week.

Third-year pro Smith matched Gurley with eight carries in last week’s loss. Furthermore, Smith was on the field for a slightly higher percentage of Atlanta’s offensive snaps. Hill was also involved, earning five carries a week after he assumed 13 in the win over the Raiders. Smith and Hill split touches pretty evenly in Week 12, when Gurley was sidelined. However, Smith finished with 12 carries and four receptions while Hill had 13 carries.

The fact that the Falcons are utilizing both reserve backs makes the situation very murky for Gurley fantasy owners. Unfortunately, his usage could very well continue to be undercut going forward.