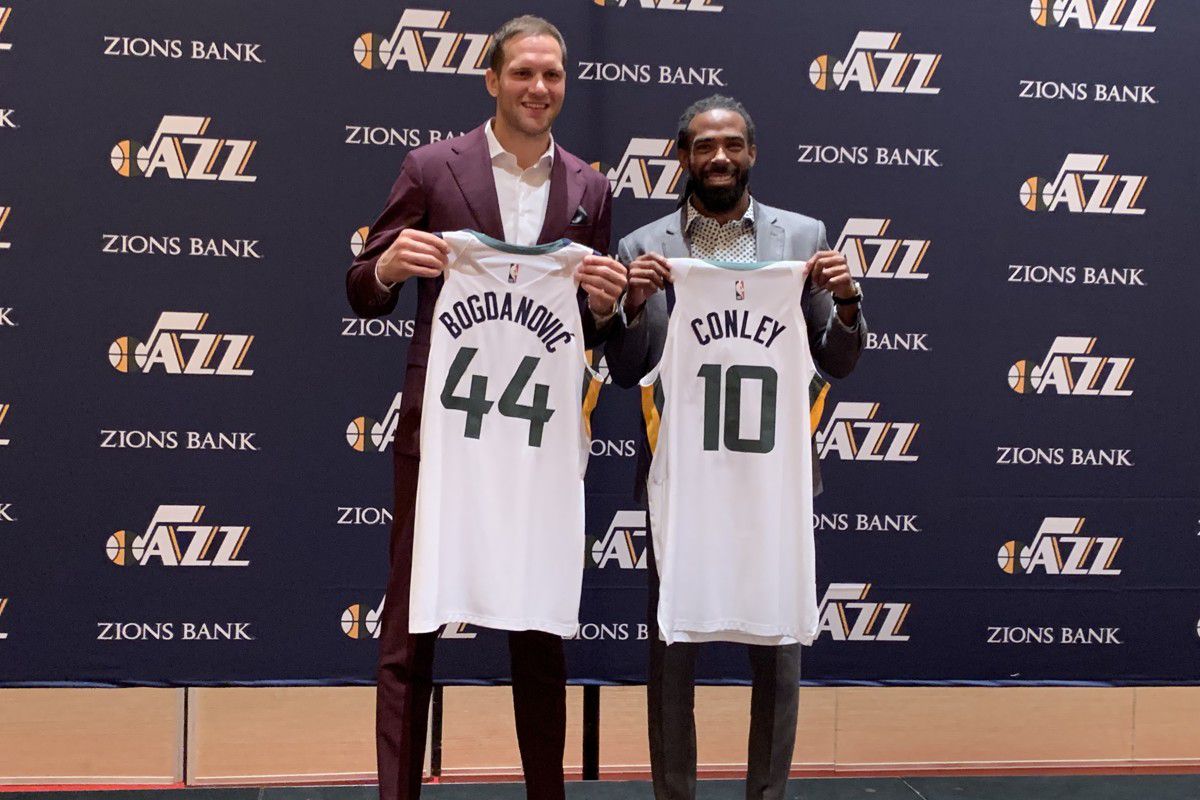 Everyone has been buzzing about the Houston Rockets, Los Angeles Lakers and Los Angeles Clippers because of the star power they boast. Everyone has been buzzing about the duos that now exist in the league, such as LeBron James/Anthony Davis, Russell Westbrook/James Harden, Paul George/Kawhi Leonard and Cleveland Cavaliers/tanking. But people are forgetting about a potential threat in the Western Conference that could prove to be a matchup nightmare for teams investing heavily in dynamic duos? The dark horse candidate to emerge from the smoke and dust is the Utah Jazz.

The Jazz seemed to be stuck in a no-man’s land for a few years; good enough to make a splash in the playoffs but never considered true contenders. Then, they pulled off what could be one of the best moves in the offseason by trading for point guard Mike Conley, and their odds to win the title in Las Vegas sky-rocketed to 14-1. Fivethirtyeight gave the Jazz an 84% chance to make the playoffs, but just a 5% chance to make the NBA Finals and 2% chance to win it all.

Utah should be considered contenders for two reasons: roster depth and because they play in the Western Conference.

The Jazz made some significant upgrades to their roster this summer. Trading for Conley does not need much explanation, because the Jazz are now able to feature another player in the backcourt that can efficiently score. By allowing Ricky Rubio to leave in free agency, the Jazz also quietly signed Bojan Bogdanović, who averaged 18 points per game while shooting 42.5% from deep for the Pacers last season.

Overall, the roster for the Jazz lineup will look like this:

This team is ultimately built to play solid defense, while offering a variety of guys who can both dominate and take a backseat on offense. This team is also capable of scoring from three-point range and Gobert offers a dominant center in the paint.

Playing in the Western Conference

Many of you read this and thought I was crazy, but hear me out.

The Western Conference playoffs are going to be tough. There is no doubt that all eight teams could be top-six seeds (at least) in the Eastern Conference. But if the Jazz can weather their first round playoff matchup, they could be facing other teams in the playoffs that feature duos that are tired and beat up. Having a team with depth in a conference that clearly values dynamic duos could bode well for Utah, if they can execute on offense and limit dynamic duos to just one guy.