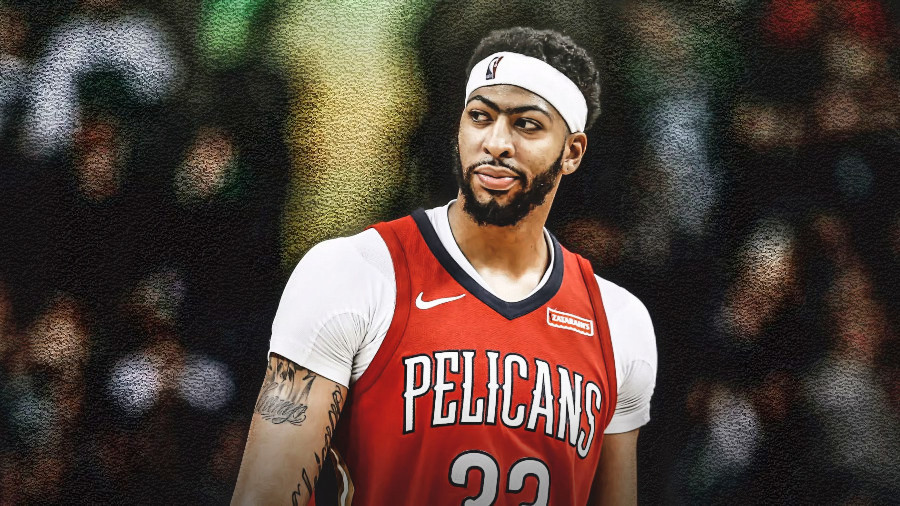 The Anthony Davis Waiting Game for the Celtics Begins

The Anthony Davis Waiting Game for the Celtics Begins

With All star Anthony Davis requesting a trade, the waiting game to see if he is moved before the deadline, in hopes of stealing him from New Orleans.

With the face of the Pelicans franchise publicly requesting a trade, many teams are rumored to have interest. One of the teams who can no doubt offer the most, the Boston Celtics, must wait and hope he stays put until the offseason. Because of the “Rose Rule,” an exception in a contract that current superstar Kyrie Irving has, the Celtics cannot trade for him until the offseason, when Irving signs an extension with the team.

While it seems the Pelicans front office will not move him before the February 7 trade deadline, this is the time for their front office to do some research. As speculated, there are at least five teams with interest, and resources to make a trade happen. The Lakers, Knicks, Nuggets, Bucks, and Celtics can all shake the league with a serious enough offer.

Why These Deals Won’t Happen

The Lakers have young talent, sure, but offering Lonzo Ball only makes them need more to sweeten the deal. He has potential, but has not preformed as a number two overall selection. Being out-shined on both ends by Rajon Rondo won’t help his value either, as well as publicly speaking his disdain of being traded. Yes, Anthony Davis and LeBron would be scary, but Laker fans also think they’re getting KD, Klay, and Kyrie.

The Knicks also believe they are set on getting two max free agents this summer. Would a trade for a superstar on the lower side of cost help bring someone else in? While it seems rather unlikely, the do have a couple of young guys who could be of interest.

The Spurs have some great players that could entice the Pelicans into a deal. Maybe a guy like DeRozan or Aldridge as a package highlight could spark some lines of communication, but until then, who knows.

The Bucks already have the MVP candidate in Giannis, but how good would it be if he teamed up with Anthony Davis? While they might not have the picks or many assets to play around with, it is a good thought.

What Can Boston Offer?

The team who has to wait can offer the best package. They have it all: young talent, draft picks, and veteran guys who can play really well. The general idea around a Celtics package for Anthony Davis is this so far: Gordon Hayward, Jaylen Brown and Terry Rozier, along with a first round pick for Davis and a guy like Elfrid Payton. When Kyrie Irving resigns as intended, they could work in a trade that can give New Orleans the best chance with players who can win, while stockpiling assets to win down the road.

According to MyBookie, the Pelicans (-200) are the current betting favorites to roster Davis after the trade deadline, to nobody’s surprise. These odds are followed by the Lakers (+300), Raptors (+500), Clippers (+700), or any other team (+300). The Celtics are less likely, at +1500, but stranger things have happened.