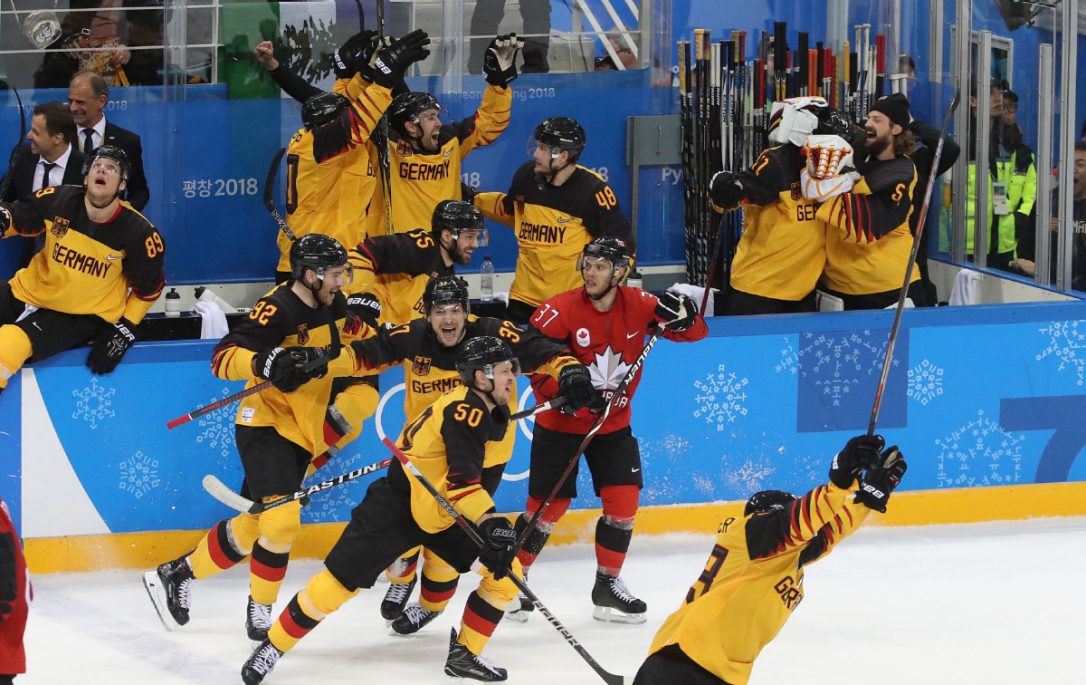 Thirty-eight years ago this week, the “Miracle on Ice” saw an undermanned, inexperienced and seemingly overmatched United States squad claim the gold medal in the Winter Olympics hockey tournament.

A group of fresh-faced college kids playing against seasoned pros from the Soviet Union and an underdog to other top squads like Canada and Finland, the Americans pulled off a mammoth set of upsets in the tournament.

It’s a little dramatic to compare what Germany is doing this year to that effort, but it’s still quite a feat. Friday, the Germans pulled their second consecutive major upset, knocking out defending gold medalist Canada 4-3 to advance to the gold medal game for the first time in the country’s history.

That win comes two days after the Germans eliminated the top seed in bracket play, Sweden, by the same 4-3 count. And this game was no fluke, as the Germans leaped out to a 4-1 lead in the first two periods before hanging on against a Canadian team that had only been scored on three times in their first four contests.

As the No. 9 seed of 12 teams going into bracket play, the Germans are easily the lowest seed ever to even make the semifinals, much less play for a gold medal.

Many felt coming into the tournament the lack of NHL players participating this year might bring a team outside of the traditional hockey powers closer, and the Germans certainly are fitting that bill.

One more win, and it could be that country’s own “miracle.”

And wouldn’t you know it, Goliath is awaiting in the form of the Russian squad that just keeps looking better and better. Since a loss in their first game of the tournament to Slovakia, nobody has looked stronger in Pyeongchang than the Russians.

Their four games since, the Russian team has outscored its foes 21-3, including shutting out a Czech squad that was the final remaining unbeaten team in the tournament and was coming off eliminating Team USA in the previous round.

Russia will be a heavy favorite in the final Saturday against Germany, but the Germans already are used to that underdog role. It should be quite interesting.