Super Teams: Why Do We See Them All the Time? 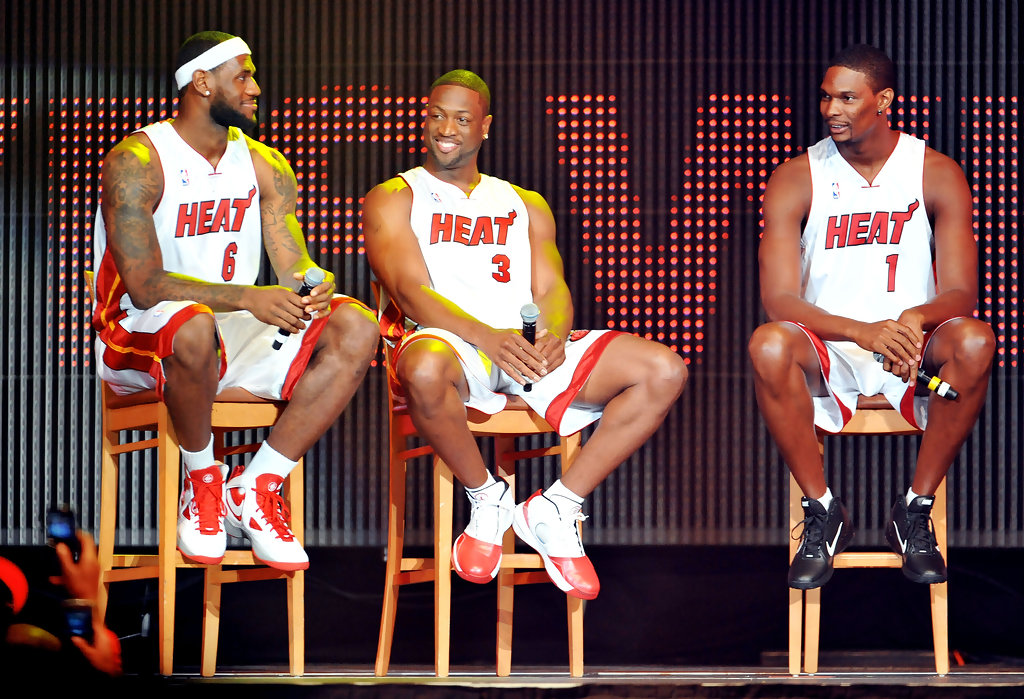 Everyone is so quick to criticize players like LeBron James and Kevin Durant for their decisions to form ‘super teams’ with multiple all-stars. While I am not fan of either of those players, their decisions to form a ‘super team’ is not something that should be frowned upon in the league because players have done it for the entire history of the NBA. The term ‘super team’ is something that has become a more commonly used term when referring to the Golden State Warriors. However, Draymond Green has been quick to remind everyone that LeBron and “The Decision” to leave Cleveland to join Dwayne Wade and Chris Bosh in Miami was the catalyst for super teams being formed. I would argue that the LeBron went to Miami in response to the Celtics and their ‘Big 3’ of Paul Pierce, Kevin Garnett, and Ray Allen. Before the Celtics, teams such as the 2000 Lakers needed Kobe Bryant and Shaquille O’Neal to three-peat in the early 2000s. Before the Lakers, Michael Jordan, Scottie Pippen, and Dennis Rodman were the trifecta of doom for the Chicago Bulls in the ’90s. Famous Boston Celtics teams featuring Bird, McHale, and Parish clashed in the ’80s with a Lakers squad featuring Magic Johnson, Kareem Abdul-Jabbar, and James Worthy.

The point is, NBA ‘super teams’ have always been around in the league. They give people a hero to cheer for, greatness to awe at, and in most cases, a villain to wish the downfall of. Draymond Green may have a point in that LeBron James shipping off to Miami started the escalation of an NBA arms race that led to where we are today. Regardless of how a super team is formed, they are necessary to winning championships, unless you are the San Antonio Spurs. I read a great article by Nate Silver on 538 in which he measured ‘star power.’ For those of you that don’t have the time or patience to read and try to understand how Silver arrived at his calculations, I will do my best to simplify things.

Silver used four ‘advanced statistics’ (statistics that go beyond points, rebounds, assists, and turnovers per game, shooting percentages, etc.) to arrive at his calculations. Silver used Box Plus-Minus, Real Plus-Minus, Win Shares, and Player Efficiency Rating (PER) that, when weighted equally and adjusted for players of different positions, can reveal a player’s true value to a team. This conglomerate of statistics is called Consensus Plus-Minus (CPM). Here is a shorthand definition list for the four statistical categories:

Here are the CPMs of the top-3 players on each championship team dating back to 1985.

*Player was acquired midseason. His +/- total reflects performance for entire season, and not just for the acquiring club.

This data demonstrates that most championship teams need at least two players that are able to dominate in the Finals. Some teams are obviously more team-oriented, like the 1989, 1990, and 2004 Pistons, 2010 Lakers, 2011 Mavericks, and the 2014 Spurs. Aside from these exceptions, every single team has a player on their roster that demonstrated the ability to take over for their team.

Silver then separated players into Alpha, Beta, and Gamma categories based on CPM projections for this upcoming season:

These predictions indicate how likely certain teams are to succeed this coming season. Most ‘Big 3s’ feature one Alpha, one Beta, and one Gamma. The Warriors feature two Alpha players (Steph Curry and Kevin Durant), a Beta player (Draymond Green), and a Gamma player (Klay Thompson), which is why they should be favored to repeat as champions. For the Cavaliers, the reason they did not do as well in the Finals is because they have to face the juggernaut Warriors with only one Alpha (LeBron James) and two Gammas (Kevin Love and Kyrie Irving). With Irving recently demanding to be traded, the Cavaliers will be stuck looking for another Gamma, or Beta, to replace him.

Everyone is quick to dismiss championships for powerhouse teams in the NBA, but if you look at the history, and future, for the league, it is clear that trios, or really good duos, are required to win championships. The only team today that could be the exception to the rule is the San Antonio Spurs, who focus on a more rounded team.

What do you think would be the best Alpha, Beta, and Gamma combination to take down the Golden State Warriors this year?

D-Rose to Cleveland: Why it Could Work
Steph Curry’s Pro Golf Debut: Good or Bad?