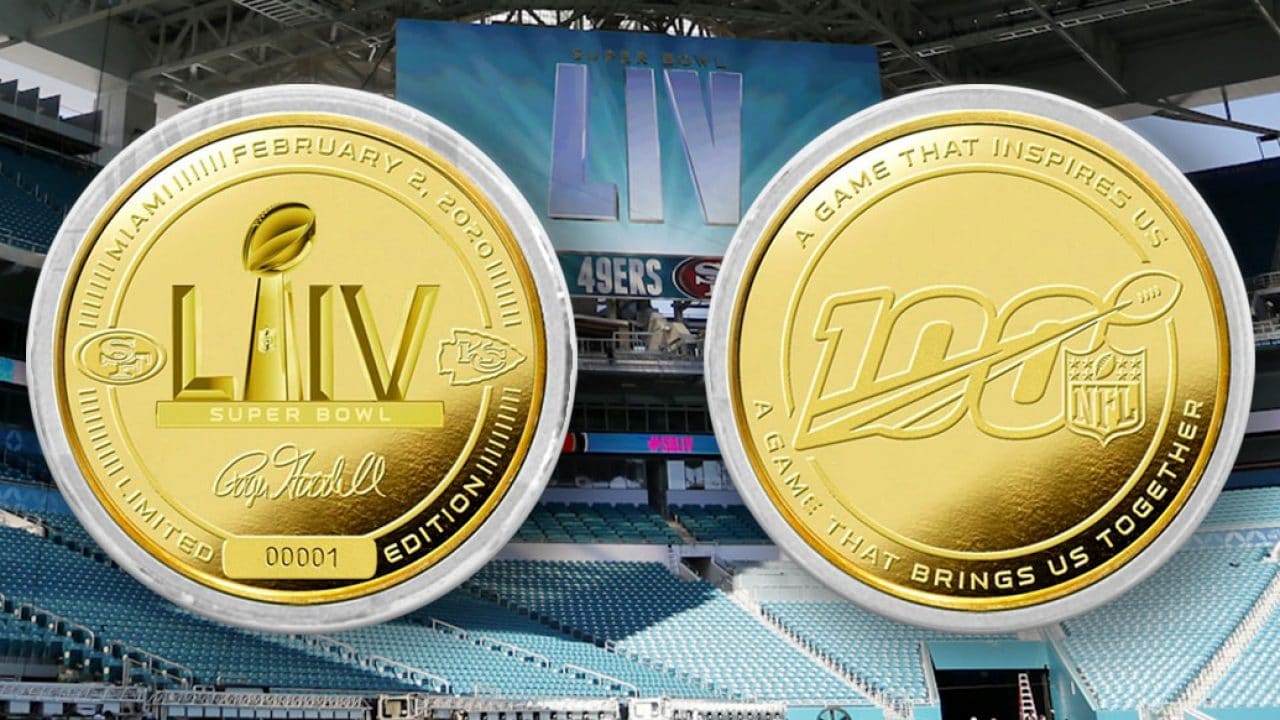 Despite the massive list of player, team and game props that are a staple of the Super Bowl, one of the most sought-after Super Bowl wagers every year really has nothing to do with football at all. The coin flip was, believe it or not, the most bet on prop item overall for last year’s Super Bowl. This year, it once again sits right atop the charts, but what exactly spawns such intrigue?

Is it the desire to have a bet decided before the game kicks off? Perhaps it is the lure of betting the ultimate 50/50 odds? Or maybe bettors take action on the coin toss because it is simple and easy to understand. Whatever the reason, read on for some fast facts and tidbits before you officially call HEADS or TAILS on the most lucrative coin flip of the year!

All Super Bowl LIV odds and bets can be found on MyBookie Sportsbook.

The first 53 editions of the Super Bowl coin toss have been nearly 50-50 in terms of results. TAILS holds a slight advantage, coming up 28 times, while the coin has landed HEADS for the other 25 times. On a more recent level, TAILS has come up in five of the last six Super Bowls. Prior to the recent run of TAILS momentum, HEADS claimed six out of seven flips. The very first Super Bowl coin toss came up HEADS, while last year’s Super Bowl LIII was a TAILS.

When it comes to the team that wins the Super Bowl coin toss, they haven’t been guaranteed to fair as well in the game itself. In the first 53 Super Bowls, the team that has won the coin toss has won the actual game 24 times (45.2% win percentage). Of those 24 winners, the resulting coin flip has been split dead even, with 12 landing HEADS and 12 TAILS. Let’s look at the prior coin toss history for the 49ers and Chiefs, specifically, ahead of their Super Bowl LIV matchup.

Sunday marks the seventh Super Bowl that the San Francisco 49ers franchise will have played in. Interestingly, the 49ers first three Super Bowl appearances had a coin flip that landed TAILS, while the latter three have all been HEADS, resulting in a 3-3 split. Only once out of their five victorious Super Bowls did the 49ers lose the coin toss. In their lone Super Bowl defeat, coming against the Baltimore Ravens in Super Bowl XLVII, the Niners lost the coin toss.

This will be the third Super Bowl appearance for the Kansas City Chiefs and first since Super Bowl IV. The result of that flip was a TAILS, while the aforementioned Super Bowl I coin flip came up HEADS. In both instances, the Chiefs lost both the coin toss and the game.

Disputes and decisions are settled by the flip of a coin worldwide thanks to the complete lack of an advantage to either side of the coin. However, one study conducted by Persi Diaconis, a mathematics and statistics professor at Stanford University, offers that there might be the slightest of advantages to gain in determining the result of a coin flip. The study findings suggest that the odds are actually closer to 51/49, tilted in favor of whichever side of the coin was facing up as it was thrown into the air. Given the ceremonial coin that will be created specifically for the Super Bowl, one would have to figure HEADS will likely be facing skyward when the coin is actually flipped. Do with this info what you will!