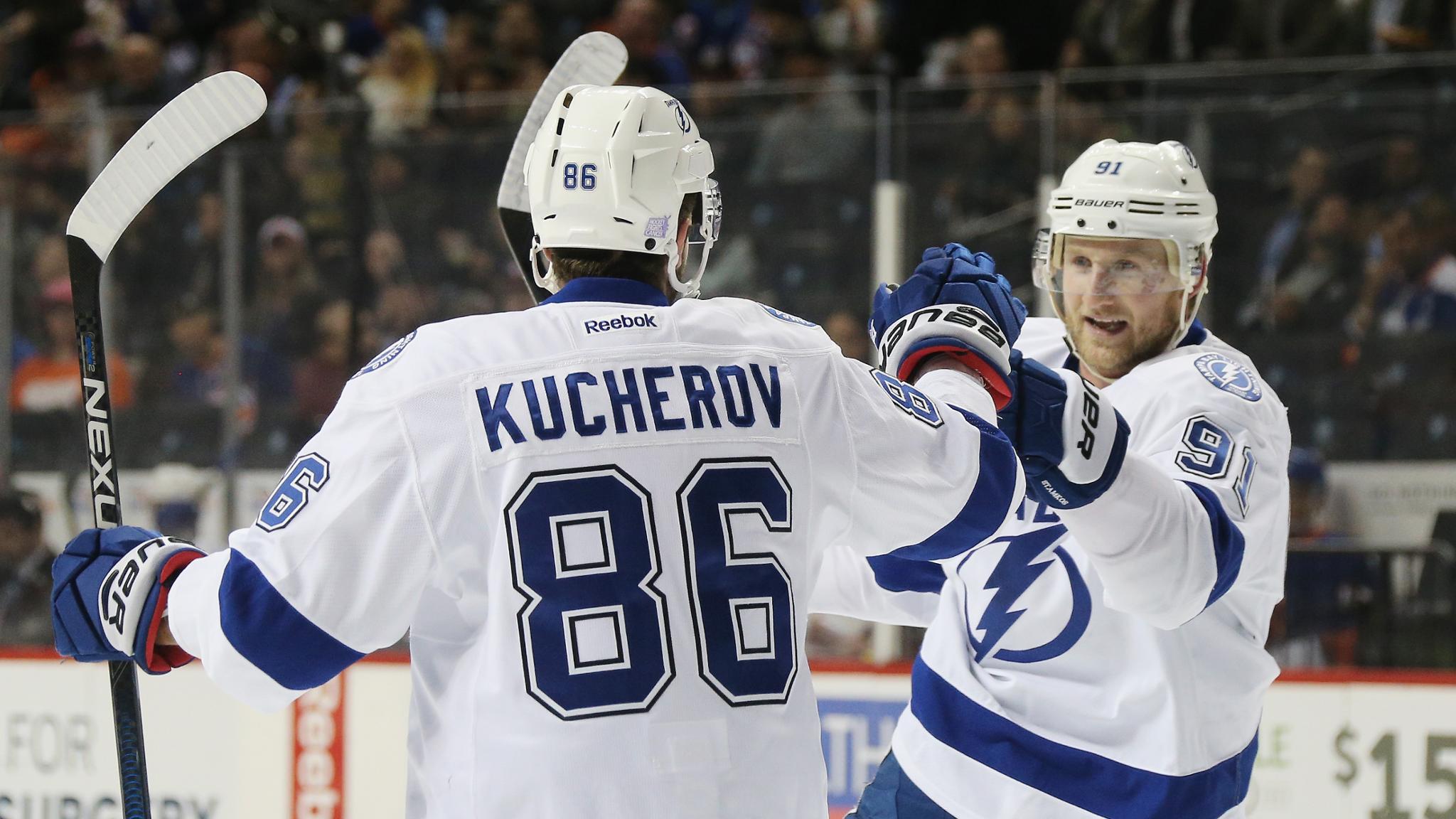 A career that has been largely recognized due to injury seems to be heading in the right direction for Steven Stamkos. After suffering a torn meniscus that ended his 2016-17 season after just 17 games, many wondered what Stamkos would look like coming back from yet another significant injury. Wonder no more. Stamkos has a NHL best 21 assists and 28 points through just 16 games, just one less game than he played all last season.

The stellar play of Stamkos has also risen the game of another star playing along side of him; that man is Nikita Kucherov. Kucherov leads the NHL with 15 goals and is second, only to Stamkos, with 26 points. With Stamkos and Kucherov, the Lightning have formed the most dynamic duo in the NHL.

The duo of Kucherov and Stamkos doesn’t only date back to this season, but last season. If we remember the Lightning last year before Stamkos suffered his season-ending injury, Kucherov and Stamkos were playing on a line together to begin the season. Through 17 games last season, Stamkos had 20 points, while Kucherov had 21 points. If that pace would have continued, Stamkos was on pace to set a career-high 53 assists and tie a career-high with 97 points. Nikita Kucherov, who finished last season with career highs 45 assists and 85 points, through 17 games with Stamkos, was on pace for 63 assists and 101 points. Those 101 points would have bested Connor McDavid, last season’s Hart Memorial Trophy winner, by one point.

So, what does this mean? Well, this means that this duo was nearly just as dynamic last season before Stamkos’ season-ending knee injury.

This season, Stamkos and Kucherov are on another level, a level that no team has had an answer for so far. Stamkos has only been held scoreless twice this season, against the Ducks and the Rangers, both losses. Kucherov, who started the season with a goal in seven-straight games and goal in his first 10-of-11, has only been held scoreless in two games. What two games are those? You guessed it, the Ducks and the Rangers. Stamkos and Kucherov are the highest scoring duo in the NHL with 22 goals, 32 assists, and 54 points combined, leading the duo in St. Louis, Jaden Schwartz and Vladimir Tarasenko, by 5 goals, 9 assists, and 14 points.

What Stamkos and Kucherov are doing should not surprise anyone, because they are considered two of the biggest names in the NHL. But they have taken not only their games, but the Lightning to the next level. They are producing at a blistering pace and neither star is showing any signs of slowing down. For the Lightning, that is good news, but for the rest of the NHL, good luck.