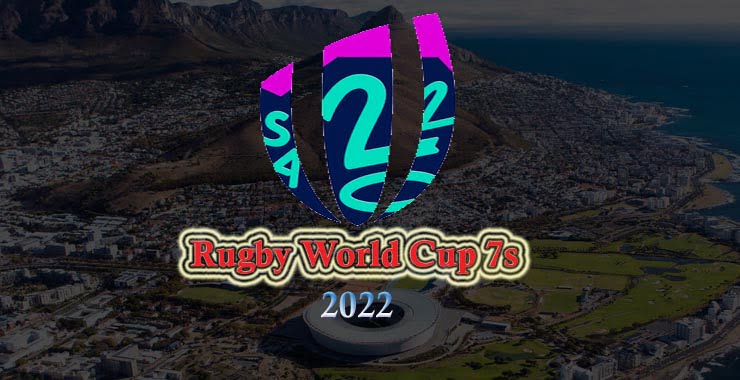 The men’s competition features 24 teams, while the women’s competition has 16 teams. Unlike the group stage format used in the World Series and at the Olympics, the 2022 Rugby World Cup Sevens is a straight knockout format. The qualifying and round of 16 games will take place on Friday, September 9, with the quarter-finals, semi-finals and championship final to run over Saturday and Sunday, September 10 & 11.

Where is the Rugby World Cup Sevens 2022

Cape Town is the host city for the tournament. It is the first time South Africa is hosting the World Cup after San Francisco was the host in 2018.

The 2022 Rugby World Cup 7s game will be televised on NHL Network in the United States, TSN in Canada, and anywhere Streaming Oola TV.

The 7s Rugby Fan can view the games Coverage Begins Today at 2:30 a.m. ET on Oola TV; All Matches in Tournament To Be Presented Live on Oola TV.

World Rugby Chairman Sir Bill Beaumont said: “Rugby World Cup in South Africa created one of the most iconic images the game has ever known. Now for the first time since that unforgettable day in 1995, we are delighted to be staging another Rugby World Cup back in the rainbow nation as rugby sevens comes to Cape Town with 40 teams from all corners of the world in action.

“Fans can expect to see the best men’s and women’s players, playing exciting, highly skilled, fast paced rugby sevens with all the jeopardy of the knockout format, where every game counts. This weekend players and supporters will create memories that once again shape our sport for years to come.

“Since gaining Olympic status rugby sevens continues to grow and entertain new fans around the globe. Played in a full, iconic stadium with a festive atmosphere, Rugby World Cup Sevens 2022 will be the perfect showcase for everything this vibrant sport has to offer.