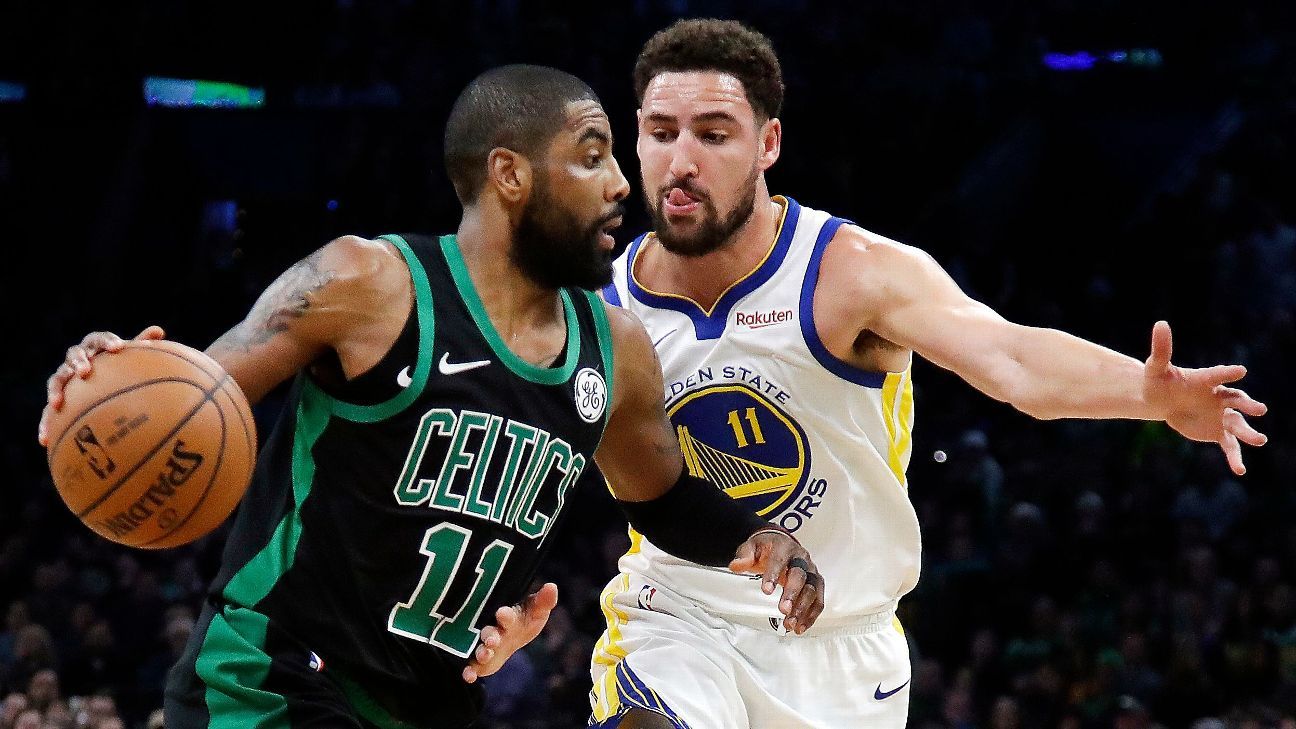 The writing has been on the wall all season that Durant is going to be departing, and the Warriors’ success in the playoffs without him doesn’t help make the case for him being needed by the Warriors. Durant’s decision will reportedly be a financial one, which leads me to believe he will be with the New York Knicks.

Despite Toronto offering him free food for life in the city if he stays, Leonard will opt out of his contract if Toronto is unable to win the Eastern Conference. His likely destination would be Los Angeles, and the notion of playing with LeBron James, and whoever the number four overall pick is, may be enough to persuade him.

Despite all of the chatter about Kyrie Irving wanting to leave, has the man ever said anything close to that? Call me an optimistic Celtics fan, but it is my belief that Kyrie will opt out of his contract, but re-sign with the Celtics. This allows him to make up to $80 million more than any of his other options.

Kemba Walker would be crazy to stay in Charlotte no matter how much he might think he loves it there. The Utah Jazz and Dallas Mavericks are two teams that could offer Kemba the biggest roles. However, the San Antonio Spurs will have DeMar DeRozan and LaMarcus Aldridge for at least two more years and Walker could help complete a pretty solid “Big Three.”

Klay Thompson has been rumored to be the least happy of the Golden State Warriors as of late. Durant’s injury has given fans, and Thompson himself, a reminder or what once was (and can be). When Durant leaves in free agency, the Warriors will look to re-sign Klay Thompson and keep the “Splash Brothers” together.

Zion is NOT Going Back to Duke
Current NBA Alumni Teams